Skip to content
HomeBeauty and FashionDad-bod models are for life, not just for Father’s Day

Once confined to posing with feet planted on hay bales in the lead-up to Father’s Day, plus-size male models are eager to join their female counterparts as regular fixtures on the fashion calendar.

With runways dominated by sunken-cheeked youths with whippet-thin waists and abdominal muscles like xylophones, the dad-bod brigade is ready to work on campaigns beyond big and tall brands. 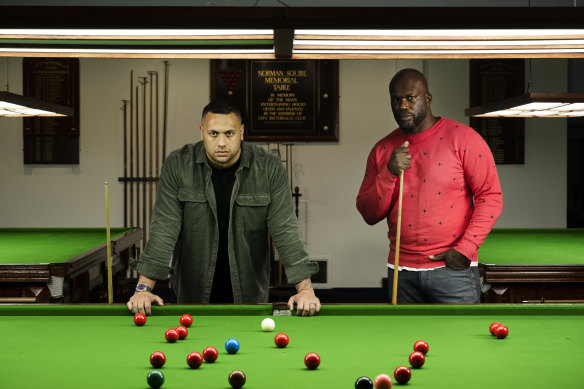 Models Roland Ferris and Toks James in the Billiard room at the NSW Masonic Club. Male models are becoming more size diverse, featuring in campaigns in the lead-up to Father’s Day.Credit:Louise Kennerley

“I have my dad-bod that I love and appreciate, having four kids,” says model Roland Ferris. “I would love to be able to become the first male plus-size model for a brand like Country Road.”

“The goal is to see a plus-size men’s runway show next. That would be a moment.” 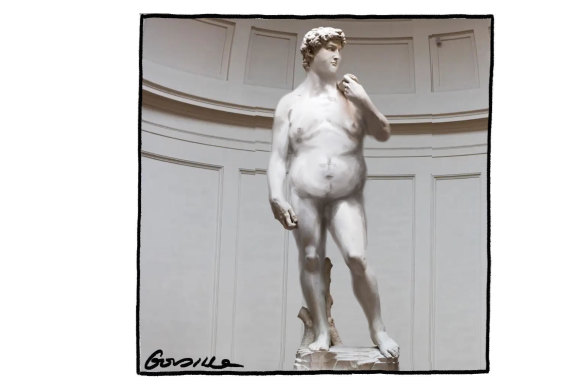 “I wouldn’t generally wear the fashion they have me wear in some shoots,” James says. “For some reason plus-size men’s fashion is geared towards looking older. We don’t have to just wear white t-shirts, jeans and trainers.”

Both models have worked with e-tailer The Iconic, Big W and plus-size brand Johnny Bigg, with James appearing in campaigns for Myer and Ferries working with Lowes.

“Australia is a little behind everyone else to jump on the male side of fashion,” James says. “It’s almost an afterthought.” 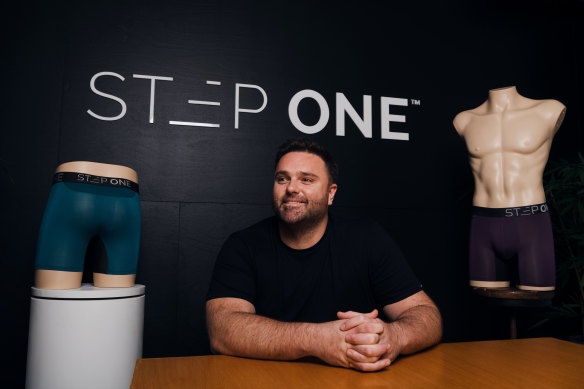 Greg Taylor, the founder and CEO of Step One underwear.Credit:James Brickwood

Plus-sized male models in the underwear space has been pioneered by Australian brand Step One’s diverse casting. Since launching in 2017, Step One founder Greg Taylor has focused on models in high-impact campaigns that reflect the customer base.

“When we started, underwear was dominated by advertisements with black and white photographs of sculpted bodies,” Taylor says. “We have an ethical and sustainable approach to our business so taking an inclusive approach to our advertising made sense.”

Five years ago finding plus-size male modelling talent was a struggle, with Taylor resorting to acting agency guides to uncover men willing to pose in underpants and a T-shirt.

“It has paid off with our customers and is an important part of our success,” he says, with the brand having expanded into the US. “We have had overwhelming positive feedback to the advertisements. From a mental health perspective, not everyone feels great only seeing guys with six-packs rather than keg stomachs in advertisements. It’s an approach we continued when launching our women’s underwear.”

Other underwear brands have followed suit. Rihanna’s Savage x Fenty featured plus-size men’s model Steven G in a men’s lingerie campaign in 2020. The range sold out in12 hours. Australian brand Bonds now has plus-size models on their website, featured prominently in the lead-up to Father’s Day.

“It’s only early days still for us in our efforts to be more representative of Aussie guys from a body diversity perspective, but feedback has so far been positive,” says Kelly McBride, general manager of marketing at Bonds. “This will continue to be an ongoing focus for us, along with expanding our size range of products more broadly for both men and women.”

Now the goal is to change perceptions in the luxury fashion market. Heritage label RM Williams has used real people reflecting size and age diversity in this year’s Father’s Day campaign. Plus-size models in Craftsman boots are on the way.

“The brand has always catered to people for size diversity,” says Chris Willingham, chief marketing officer, RM Williams. “In shirting we go from XS to 4XL which is a pretty wide spectrum. Our trousers are from 28 inches (71.1 cm) to 44 inches, with one style going up to 54 inches.”

“We make products for everyone. Our communications will reflect that.”

James and Ferris are willing to wait patiently in front of the camera, at paying jobs, until other brands follow suit.

“It would be wonderful to be cast as the face of a brand not just because you were ticking off a demographic but because you’re the best person for the job,” James says.

Make the most of your health, relationships, fitness and nutrition with our Live Well newsletter. Get it in your inbox every Monday.

Most Viewed in Lifestyle