Want to know what the zeitgeist of fashion is? Start with looking at the special guest who attends the Virgin Australia Melbourne Fashion Festival in any given year.

In 2013, when Victoria’s Secret runway shows were thriving and the Oxford Dictionary deemed its word of the year to be “selfie,” supermodel Barbara Palvin – celebrated for her high cheekboned brand of beauty – took centre stage at VAMFF. In 2015, The New York Times singled out newly transitioned Caitlyn Jenner as that year’s fashion figure and noted the emergence of gender nonconformity in the industry; it also marked the year that transgender model Andreja Pejic walked in Josh Goot’s Grand VAMFF show. 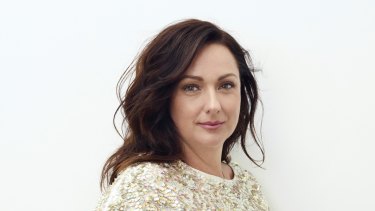 Last year, Ashley Graham sashayed down the runway at VAMFF to whoops and cheers from the audience – who presumably applauded not only the curves she displayed in her thigh-split dress, but the body activism message she brought with her. It wasn’t the genesis of body positivity in fashion, but it was nevertheless a strong theme in 2019: Rihanna’s Savage X Fenty first lingerie runway featured 14 curve and two pregnant models, Nike London’s flagship store featured a plus-sized mannequin, and rapper Chika took down those who slammed her extra-ness in a Calvin Klein ad, tweeting “I’m rich” to the haters.

So, what’s up 2020? And how does VAMFF’s prized guest – comedian-actor-writer Celeste Barber – reflect what’s happening right now? Barber’s celebrity rose after she launched a bushfire fundraiser that resulted with $52 million in donations. But she was already known as a popular Instagram figure – she currently has 6.9 million followers – for parodying model and celebrity fashion poses. (Last week, she mimicked Cindy Crawford swigging a can of Pepsi by trying to drink out of a fizzed-up soda bottle whose bubbles ran over.)

Often, celebrities weigh in with approval: Rose Byrne, Jameela Jamil, director Paul Feig and UK Vogue editor Edward Enninful. At VAMFF, Barber will be both a featured guest at the Australian Fashion Summit and a runway model for Runway 3, presented by Harper’s Bazaar – having already appeared in their March issue.

If Barber encapsulates a moment in fashion time, it’s this: fashion has often been fun, long allowing people to bend rules, create a signature style, defy expectations and push boundaries. Lately, it’s been serious, with key topics such as sustainability, diversity, inclusion and transparency popping up in its landscape. For a time, these two separate approaches battled for exclusivity. Now, it seems, the two can merge. VAMFF’s theme is Fashion Wonderland, highlighting all the fun and fabulousness of fashion. But other areas haven’t been neglected in its program, and some of the thoughtful events covered include a panel discussion entitled “Making a Social Impact” and an open factory opportunity at Melbourne label Arnsdorf, celebrated for its ethical manufacturing practices and sustainability.

'Fashion is no longer about fitting in a certain way. It’s about being exactly who you are.'

Kellie Hush, a VAMFF board director and former magazine editor says, “I’ve been observing fashion for over two decades, and there have been times when fashion took itself very seriously …. Now, I think people are seeking a lightness. We’re inviting people to celebrate Australian fashion.”

She adds that values such as diversity and sustainability are now presumed to be incorporated into everyone’s design ethos: “It’s just what happens now.” Festival chairman David Briskin echoes this sentiment: “Diversity, inclusivity and sustainability should be normal, and you can see that this is the norm in VAMFF’s wider advertising campaign.” 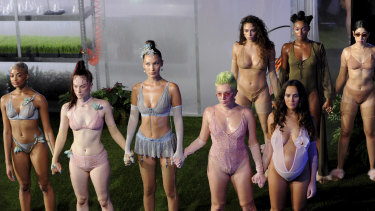 She ought to be pleased with the casting this year, with indigenous Australian model Charlee Fraser as the face of VAMFF chosen because she embodies the spirit of joy and individuality in this year’s theme.

And the fun that is to be had has its own brand of thoughtfulness behind it; it’s not designed for those on the right side of the velvet rope and no one else. Hush says that fashion’s private club was democratised by Instagram stars, who then created their own set of problems.

'Diversity, inclusivity and sustainability should be normal, and you can see that this is the norm in VAMFF’s wider advertising campaign.'

“[Fashion] shows actually became a circus. I remember I was at a Dior show and [designer Raf Simons] had these amazing sculptural mirror balls and huge geometric shapes. The Italian blogger Chiara Ferragni was in front of me and we were all trying to get out. She was just taking selfie after selfie in these mirrored balls, and everyone was just laughing at her … Some of [the other bloggers] were changing 10 times a day to go to different shows.

"They weren’t actually there to see the fashion; they were there to promote themselves and say they were there front row. I think there’s been a bit of pushback on that. [Nowadays], fashion has opened its doors. The reality is that the fashion industry is a massive consumer industry, and if you’re closing the doors to people who you’re trying to sell clothes to, that doesn’t make much business sense. That’s why the festival has always been an awesome business model, because it’s about the consumer getting access to runway shows … and then buy it.”

When industry insiders are asked about which designer label has fun engineered into its fabric, many point to Romance Was Born, best known for their whimsical, playful and effervescent fashion. Instead of doing a traditional runway show this year, they’re part of the Melbourne Museum after-dark, dance party offering, Nocturnal x Fashion, which will include members of dance troupe Chunky Move dressed in Romance Was Born designs.

Anna Plunkett, one half of the Romance Was Born team, says she sees someone like Celeste Barber as being in line with what she’s trying to achieve.

“Celeste is questioning the [traditional] approach and proposing a new way of thinking about beauty, and it’s very refreshing … she empowers women to get out there and be the best version of yourself that you can be.” Plunkett goes on to say that “More than ever, brands need to have their own voice and think of new ways to engage with the customer … People respect that we’ve created our own DNA. We always say that our customer is not in a specific age group, but it’s more of an attitude towards fashion. We love the glamourous and how fashion makes you feel. It’s not about dressing to look sexy or follow a trend; it’s coming from an emotional connection, whether it’s nostalgic or a memory or something that sparks joy. It’s a spirit of dressing, and how the clothes are going to help you express yourself.”

Melissa Singer, national fashion editor for The Age and Sydney Morning Herald, says that “In Australia, we have a lot of designers like Alice McCall and Zimmermann who are really good at creating clothes that are meant to be worn to celebrate life.” She thinks that in recent times “designers have been scared to be over the top because the world has been too dark and they’re worried that it might come up as being flippant or ignorant".

"But I think this idea of fashion as escapism is gaining legitimacy once again. You have a look at designers like Halpern, Richard Quinn or Jeremy Scott and Moschino to remind you that fashion doesn’t need to be taken seriously all of the time. You look at Lizzo dressed as a giant Hershey bar for the Brit Awards last month – it’s super fun but it actually has a social and political meaning as well, if you want to go that deep. She’s definitely had a lot of fashion moments, as has Billy Porter. These are people who for a long time would have been on the margins of fashion, but they’re really owning it and saying that fashion can be costume, it can be play, it can be role-playing.” 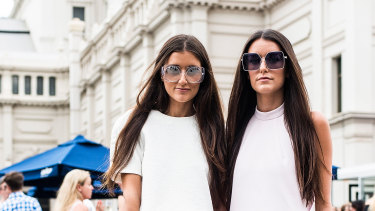 Jess and Stef Dadon from How Two Live at VAMFF, at Melbourne Museum 2016Credit:Josh Robenstone

Fun can also be different things. For VAMFF general manager Yolanda Finch, happiness can be accessed at the Maticevski show, in the Virgin Australia Grand Showcase.

“That’s the one I expect to be weeping from the honest sense of joy in. He’s retained his spark of magic – it’s never left him – and in terms of a solo designer show of this standard, that’s something that is very rarely seen locally.” 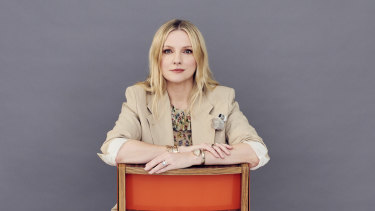 Laura Brown, the editor-in-chief of US InStyle magazine: “It’s not about being cool”.Credit: Paola+Murray

Toni Maticevski says “I definitely like to tap into people’s emotions. The selection of pieces and the soundtrack are important storytelling … I like the idea that the audience get caught out of themselves for a few minutes to visit my place of creation and feeling.”

'You do you: I’m done with trends'

Australian Laura Brown, the editor-in-chief of US InStyle magazine and a speaker at VAMFF’s Fashion Summit, also operates on eliciting feelings in her readers – with a sense of playfulness and humour often rising to the top.

“I am in Milan [for the current fashion shows] where people are freaking out with excitement over Raf Simons joining Miuccia Prada – and also freaking out generally over the coronavirus. It’s quite the time. Fashion should be fun. Clothes should make you feel good, not bad. Make you confident, not concerned about being 'cool'.

"I’m in interested in the pretension of fashion; in fact, I do everything I can to fight it. At InStyle we say ‘Everybody’s in,’ and I mean it … I’m done with trends, trend reporting, all of it. I don’t think it’s very modern. You do you.”