Skip to content
HomeBeauty and FashionKendall Jenner, SZA, Justin Bieber, and More Take Their Clothes Off for Calvin Klein

Calvin Klein unabashedly clings to provocative imagery. The brand started this form of advertising in the early ’80s when it enlisted a doe-eyed Brooke Shields, who then cooed about how nothing stood between her and her jeans. A decade later, the storied American label enlisted a buff Mark Wahlberg—grabbing his crotch no less—and a topless Kate Moss to promote its line of underwear. Casting fresh-faced celebrities, who fit prescribed standards of beauty, seemed to be the brand’s calling card—a mindset it continues to promote.

Case in point: The spring 2020 campaigns for Calvin Klein Jeans and Calvin Klein Underwear showcases some of the buzziest names in music, television, and fashion, posing wantonly in wares that leave little to the imagination. And the company is making no qualms about it. Kendall Jenner, SZA, Justin Bieber, Maluma, Lil Nas X, Hunter Schafer, and Lay Zhang all star in a series of images, lensed by Mario Sorrenti, and video, shot by Bardia Zeinali, tooting a singular phrase: “Self-confidence is sexy. Deal with it.” 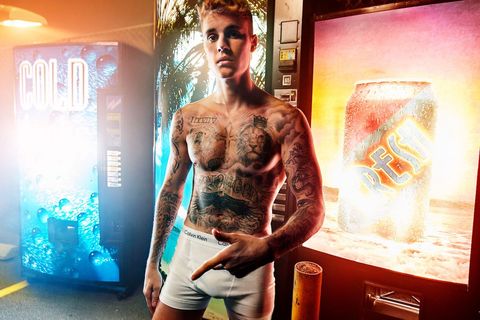 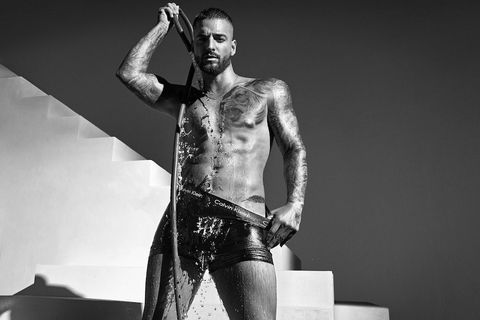 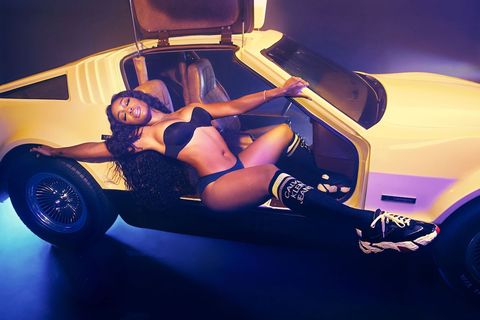 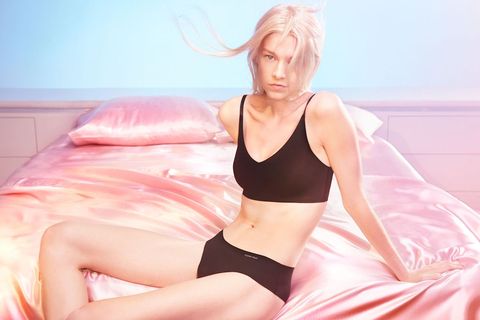 The slogan, along with the ’90s music video-style vignettes are, according to Calvin Klein, intended to convey self-expression. But what it really depicts is a heightened sense of reality, an ideal world filled with beautiful people in beautiful settings. For example, SZA dances around a white DeLorean in jeans and a cropped tee, Schafer jumps on a bed covered in pink satin sheets, Lil Nas X lords bare-chested over a boardroom, Bieber takes off his shirt amid a picturesque sunset, and Maluma dances center stage in boxer briefs.

The scenes are brazen, titillating, and, most significant, unapologetic. They enforce the sex-sells sensibility that has long been a part of Calvin Klein’s marketing strategy, telling everyone with a pitch fork at the ready to, well, deal with it.