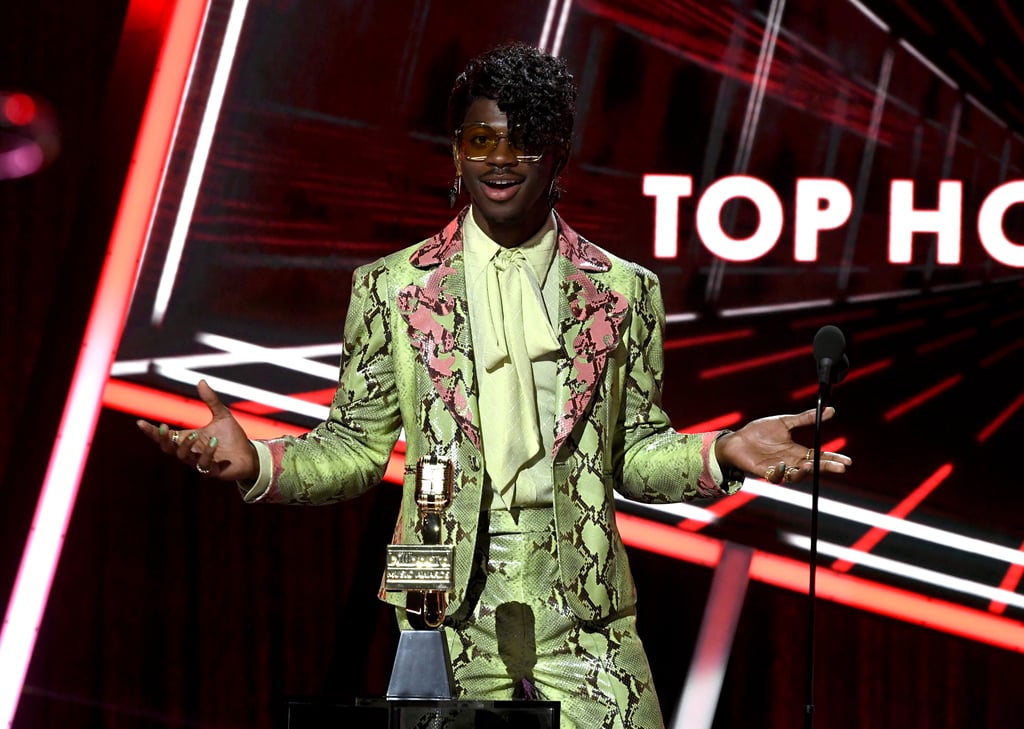 It’s not a surprise to see that Lil Nas X showed up at the Billboard Music Awards wearing an eye-catching suit. This time the 21-year-old “Old Town Road” singer left his country days in the past and opted for an ’80s-inspired look instead.

Lil Nas X accepted an award in person while wearing a light-green Gucci suit in a snakeskin print and Bvlgari rings. (Billie Eilish also wore a green Gucci outfit to the award show!) The suit featured pastel-pink lapels, and he wore a pussy-bow blouse underneath in a pistachio hue. To channel the ’80s even more — and give us those serious Prince vibes — he wore a pair of black dangling earrings and tinted sunglasses and crimped his hair. Lil Nas X finished his award show look with a pair of back leather boots. Keep reading to get a closer look at his outfit.