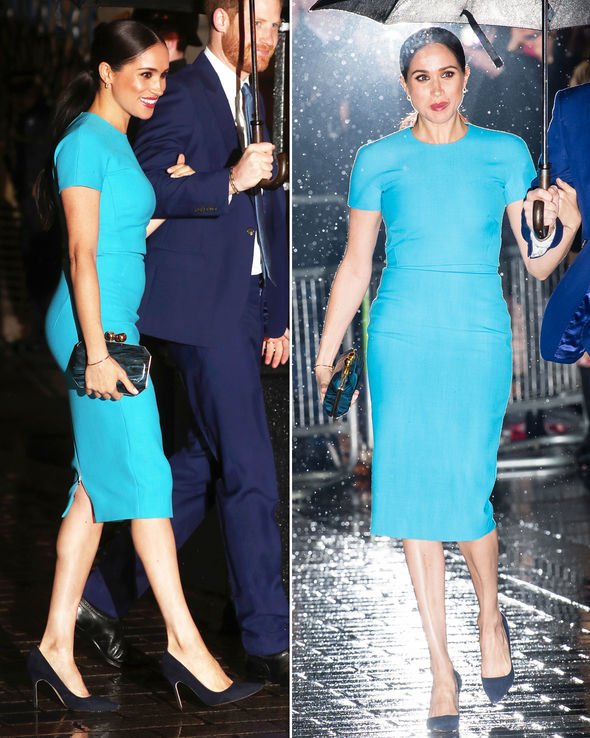 Meghan Markle smiled for the cameras wearing a bright blue Victoria Beckham dress in London tonight. The Duchess of Sussex joined Prince Harry at what was her first appearance since the couple announced they would step back as “senior” royals.

She wore a fitted blue dress with cap sleeves as she arrived at Mansion House in London.

In January this year, Meghan and Prince Harry told royal fans they would no longer be “senior” working members of the Royal Family.

Since then, the royals have been spending time in Canada with their son, Archie Harrison, nine months.

Tonight, Meghan returned to the UK and stepped out on what is likely to be one of her last official engagements as a working “senior” royal. 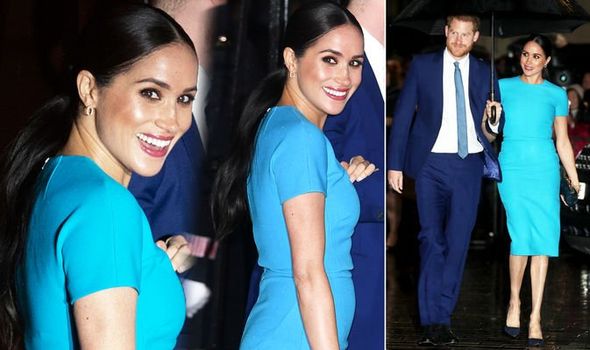 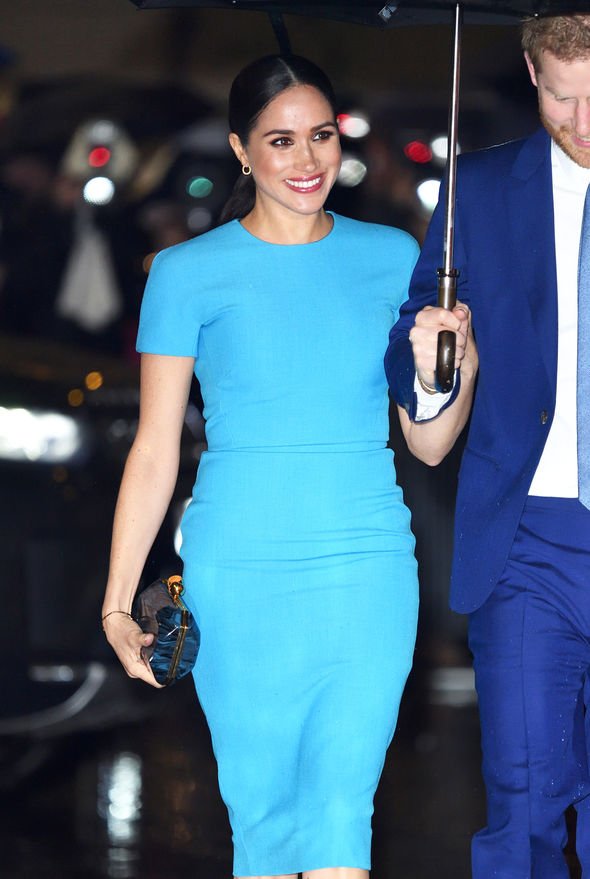 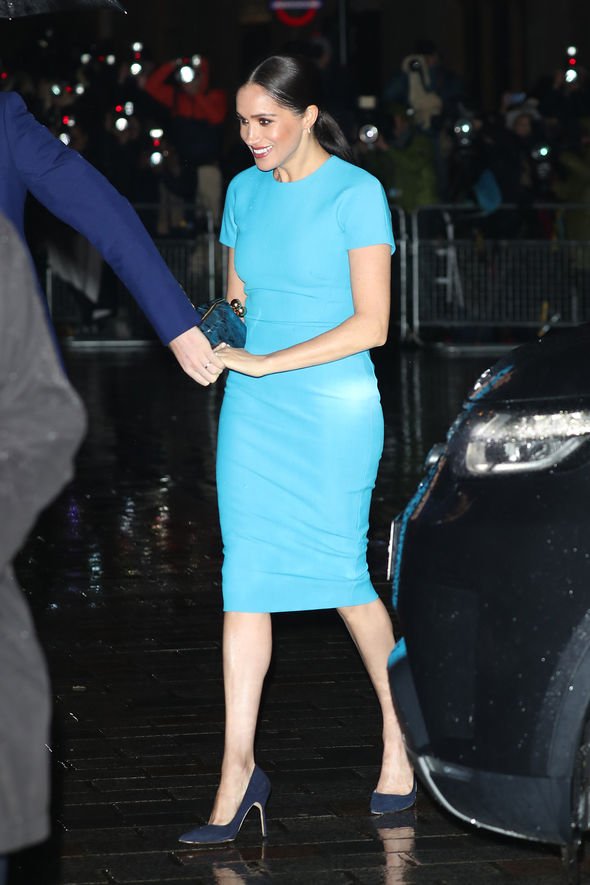