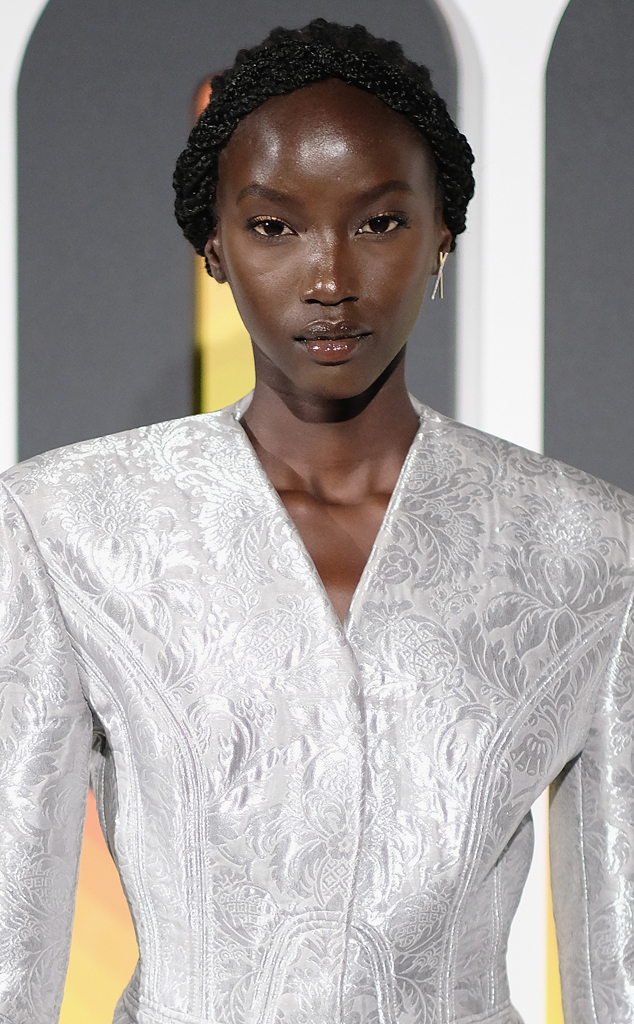 Dimitrios Kambouris/Getty Images for The Business Of Fashion

Supermodel Anok Yai is opening up about her experiences with “racial injustice.”

The 22-year-old star, who made history in 2018 as the second Black model to ever to open a Prada show (Naomi Campbell being the first in 1997), recently penned a powerful essay for O, The Oprah Magazine.

Along with sharing her personal experiences with “racial injustice,” she also discussed the fashion industry, her friendship with French fashion editor Carine Roitfeld and more.

“Even though I still deal with racial injustice, I’m proud that I’ve always stood for what I believed in, regardless of whatever amount of pressure was put on me,” she wrote. “I want people to see that everyone has a story. Your reality may not be the same reality for the person standing right in front of you—so listen and learn about them before surfacing judgment.”

For some backstory: The French fashion editor uploaded a photo of her with Anok and captioned it, “Miss you.” In the comment section, Carine added, “Anok is not a black woman, she is my friend.”

However, many felt that the post came across as tone-deaf. Many also pointed out how Carine erased Anok’s identity as a Black woman.

“I’m sorry what the f–k is happening here…,” one user commented on Carine’s post, which Diet Prada screenshot. “Do not use her skin to make you feel better about the casual everyday racism you participate in. This is DEEPLY offensive.”

Another replied, “ummm she is most definitely a BLACK WOMAN and the fact you think you have to erase her race to make this point is part of the problem.”

“You are so tone-deaf. She is a Black woman,” someone else responded. “You accepting her doesn’t erase her heritage and doesn’t change her experience. Also, during everything happening you post a picture of you with your Black friend? Seems self-serving.”

Carine later issued an apology, and said she “made a grave error and ask not to be judged by my words, but by my actions now and going forward.”

In light of the French fashion editor’s post, Anok addressed the controversy for the first time.

“A lot of people have asked what my reaction was to an insensitive post from a friend of mine on Instagram last week,” the model shared. “Of course, it was jarring—and it was just one of many similar microaggressions I’ve experienced during my time in fashion. But the bigger point I’d like to focus on is that the fashion industry needs to become educated… and fast.”

“When I was blessed with finding a career in modeling, I thought I might stop experiencing racial injustice. Unfortunately, that was not the case. Instead, racist encounters just became more public—and exposing,” she explained. “I can name so many situations where models of color like me have experienced racism and microaggressions. That in itself is a problem.”

“The lack of reaction on set or backstage is what often caught my attention,” she continued. “I witnessed so many different situations where models were forced to stand up for themselves—with very little support around them, if any at all. The pain and sense of aloneness in those moments of vulnerability were unbearable.”

The 22-year-old model also pointed out how the fashion industry is relying on the Black community to educate them, which she doesn’t agree with.

“The industry seems to be depending on the Black community at large to educate them about Black history—as if we’re obligated to do so,” Anok said. “Black models should not have to teach working professionals how to deal with our hair and skin day in and day out. Educate yourself and come prepared. It’s your job. The world is changing right before our very eyes, and we won’t be tolerant of intolerance any longer.”

In light of George Floyd‘s death, Breonna Taylor‘s death, Tony McDade‘s death, Ahmaud Arbery‘s death and so many others, Anok explained that the “world has been forcefully awakened.”

“The human race is finally coming together to fight the root cause of injustice—overt and covert racism, along with flagrant abuse of power,” she expressed. “The public is finally seeking well-deserved justice for the murders of Black men and women across the nation, since the state and local governments have failed our community time and again. And I couldn’t be more sad—yet more proud.”

She pointed out these “far-reaching issues of racism” go beyond those who have been killed in recent months.

“Our broken system must be addressed at every level if this country is to advance, and targeting police brutality—the perverse underbelly of our society—is the most urgent place to start,” she went on.

Adding, “I am hopeful. For the first time ever, I’m seeing the world unite as an unstoppable force against racism. Driven by anger, power and solidarity, everyone from the highest to the lowest socioeconomic level is beginning to realize that if we come together and keep the momentum alive, the movement we’ve created will result in lasting change.”