Skip to content
HomeBeauty and FashionMum who had 10 kids in 10 years spends £975 a month on food, homeschools them all & only has ONE child-free date a year

A MUM who had 10 kids in 10 years has revealed she spends £975-a-month on the food shop and only has one child-free date every year.

Courtney Rogers, 36, was a virgin bride when she married pastor husband Chris, 32, in October 2008 – and has not been more than nine months without being pregnant since. 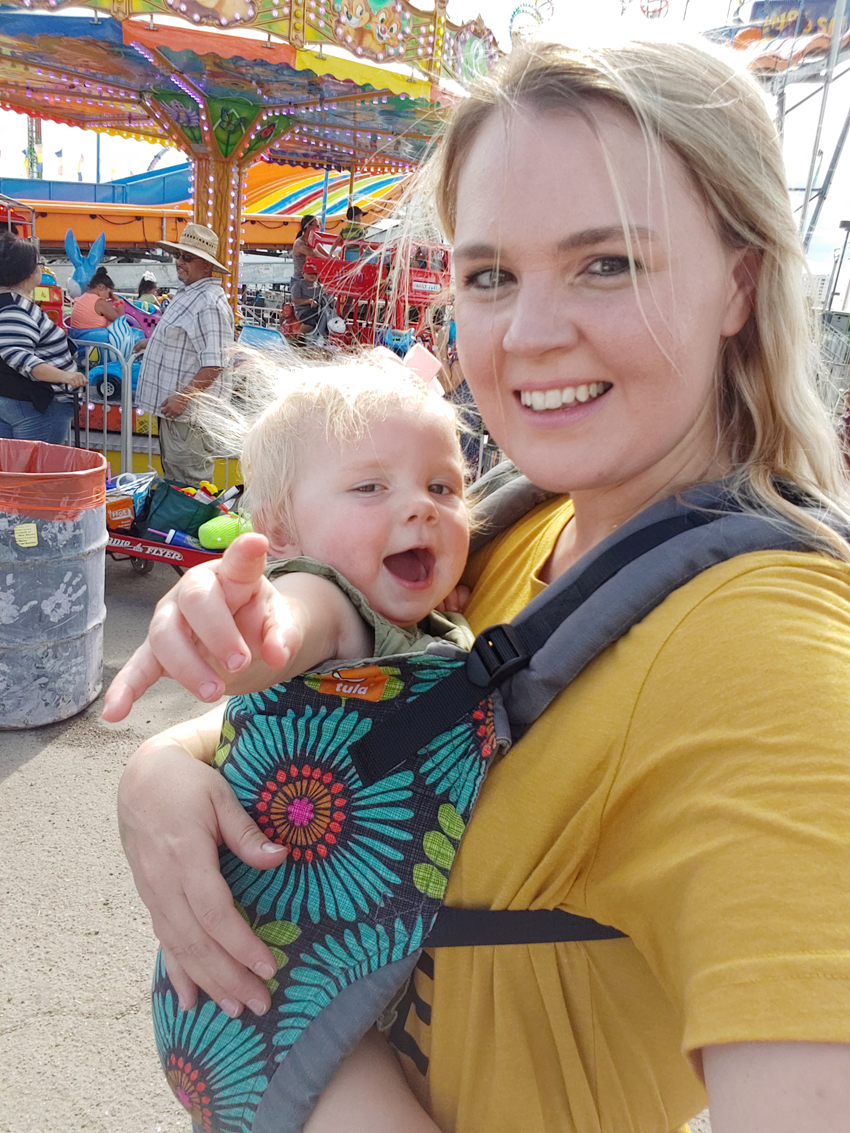 The couple, who have six boys and four girls aged between nine months and 10 years, also home-school their brood and ferry them around the neighbourhood where they live on a 12 acre plot in Santa Fe county, New Mexico, USA, in a 15 seater van.

The kids wear hand-me-down clothes and shoes, with stay-at-home mum Courtney hitting the sales to save money.

Courtney and Chris also never buy Christmas presents for each other, so they can afford to spend $100 each – £812 total – on their brood. 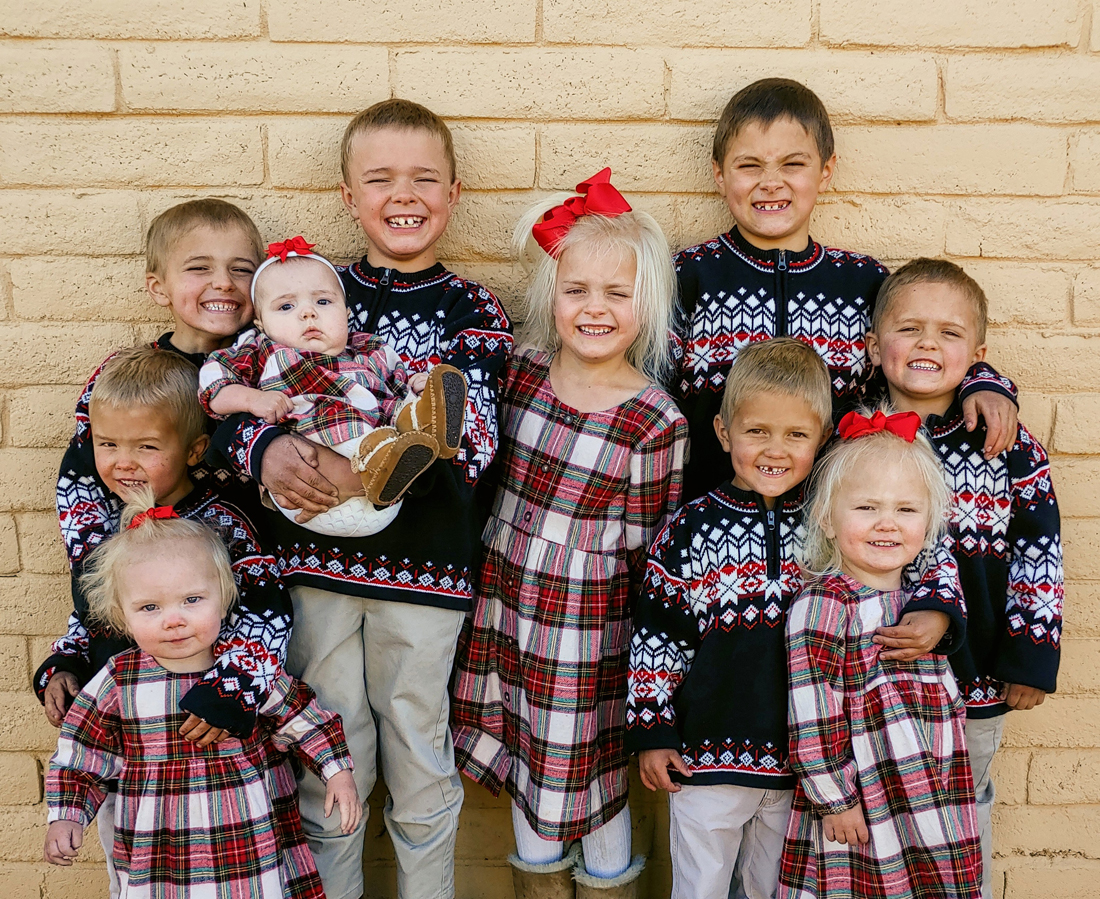 “My husband is the eldest of 10, so before we got married, he joked about having as many as his mum had.

“The kids want us to be like the film Cheaper by the Dozen, where the parents compromise their careers to raise 12 children.

“Having several kids in diapers at once and having lots of strollers – this is normal life to us."

The morning is the most hectic part of the day – there is always so much going on, with kids running everywhere

Parents across Britain have been tearing their hair out since schools shut due to coronavirus, but Courtney and Chris, who were both homeschooled, insist teaching their kids isn't a chore.

The parents also run a farm of their 12-acres of lands, with two bottle-fed lambs, as well as dogs and chickens.

"I love having them with me all the time and seeing them learn and knowing what they are learning," said Courtney, who also teaches local kids at church Sunday school. 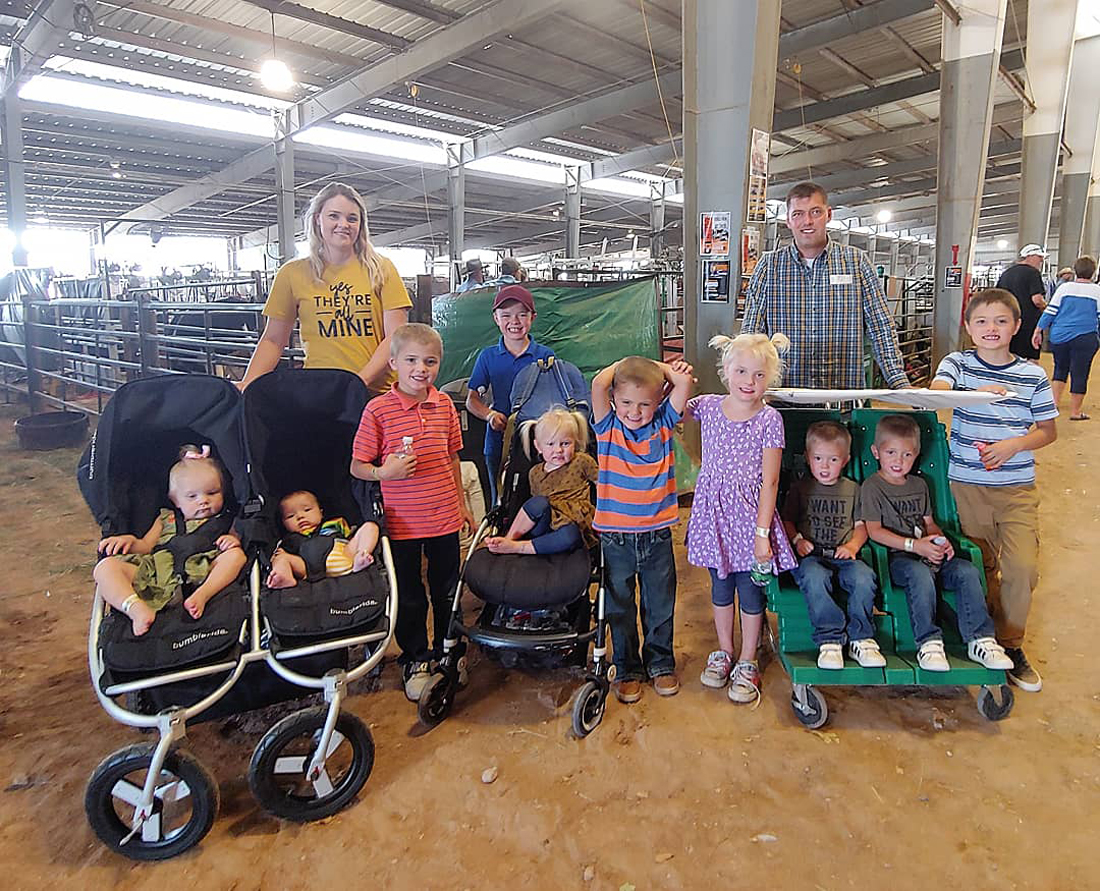 "I can adapt the lessons to each child and I don't have to make them sit for hours all day. I love how it's flexible and the kids can run around outside or feed the lambs between lessons.

"I'm more like a tutor. I'll set the children work to do and they will come up to me and ask me questions about it.

"I've often got a baby in my arms, or I'm changing a nappy and I'll have four kids queuing up to ask me a maths question."

Give now to The Sun’s NHS appeal

BRITAIN’s four million NHS staff are on the frontline in the battle against coronavirus.

But while they are helping save lives, who is there to help them?

The Sun has launched an appeal to raise £1MILLION for NHS workers.

The Who Cares Wins Appeal aims to get vital support to staff in their hour of need.

We have teamed up with NHS Charities Together in their urgent Covid-19 Appeal to ensure the money gets to exactly who needs it.

The Sun is donating £50,000 and we would like YOU to help us raise a million pounds, to help THEM.

No matter how little you can spare, please donate today here 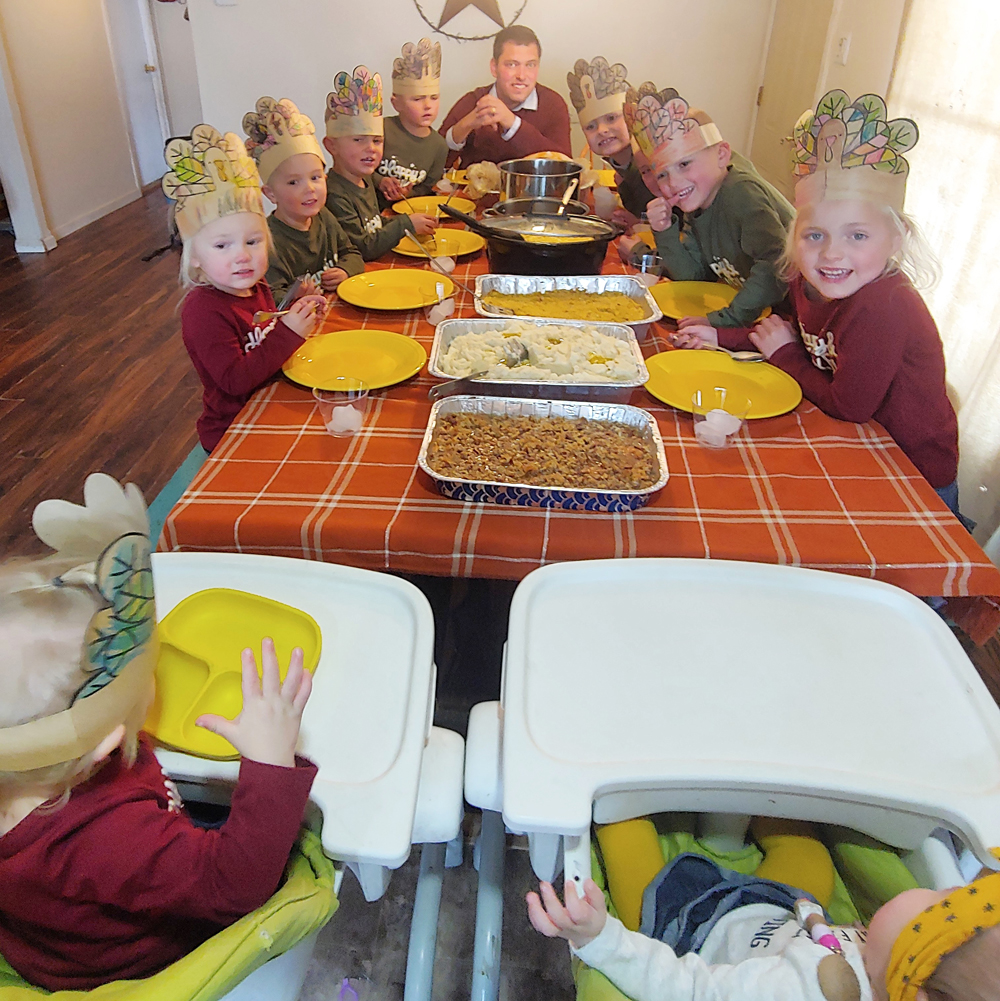 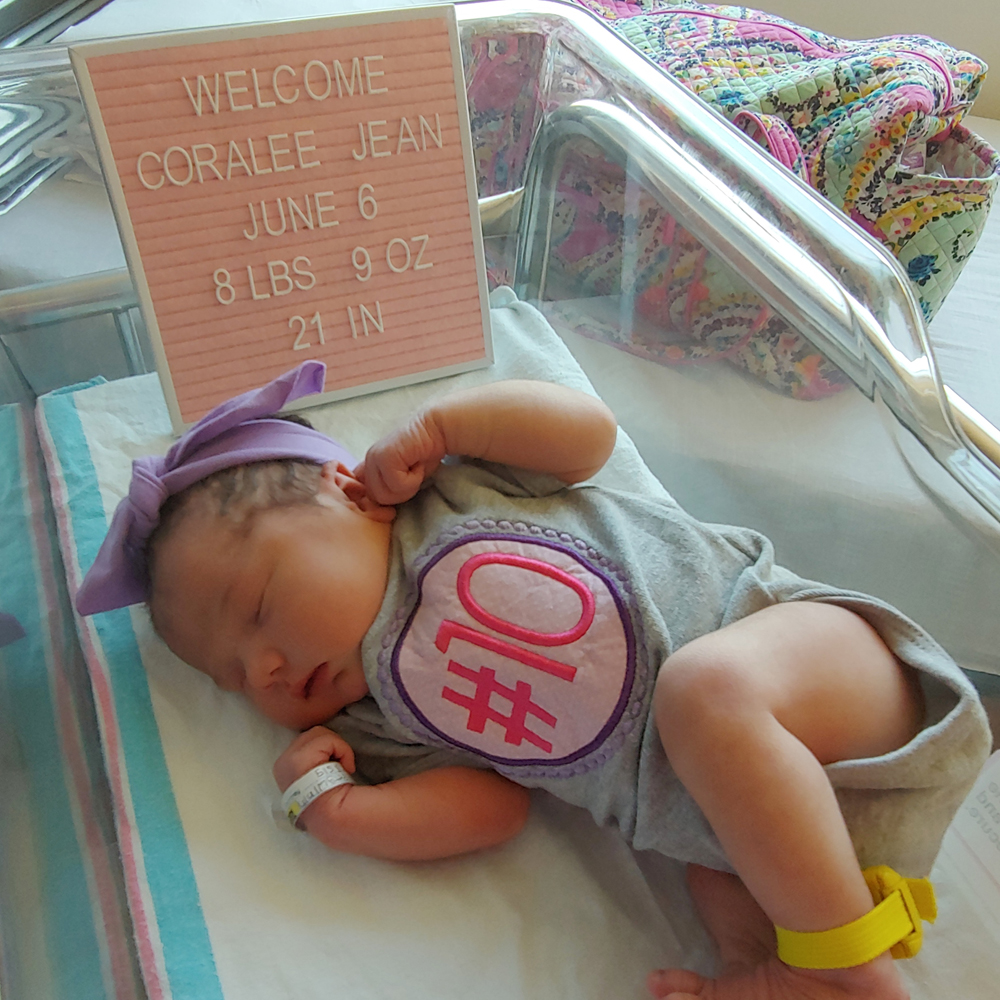 She and Chris met through mutual friends at church camp in Georgia in 2007, then spent a year living 300 miles apart – her in North Carolina and him in Georgia.

They got married in October 2008 and Courtney, the eldest of six kids, discovered she was pregnant two months later. 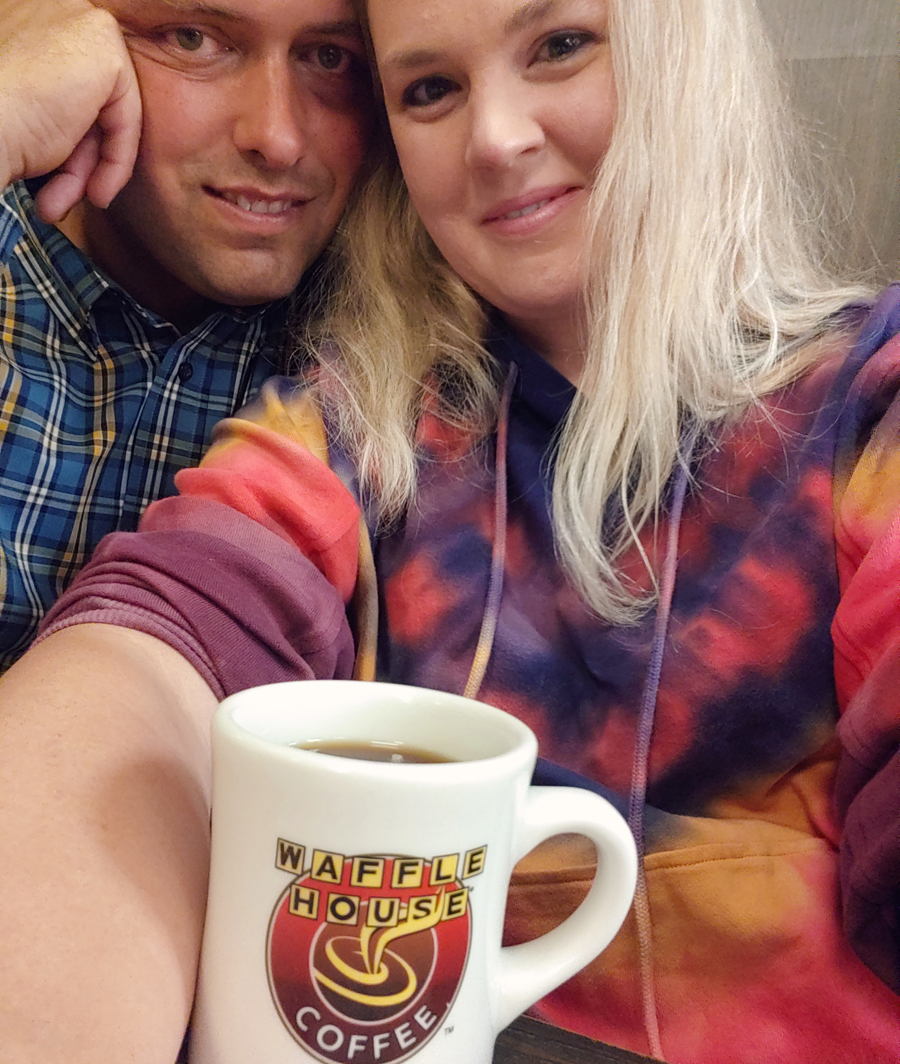 “Sadly, I had a miscarriage,” she said. “When I got that positive result, it was a dream come true, but then we lost it in the December.”

Courtney, who has never suffered with morning sickness, said: "I love being pregnant. I love growing another person inside me, thinking about what they will be like and picking out names." 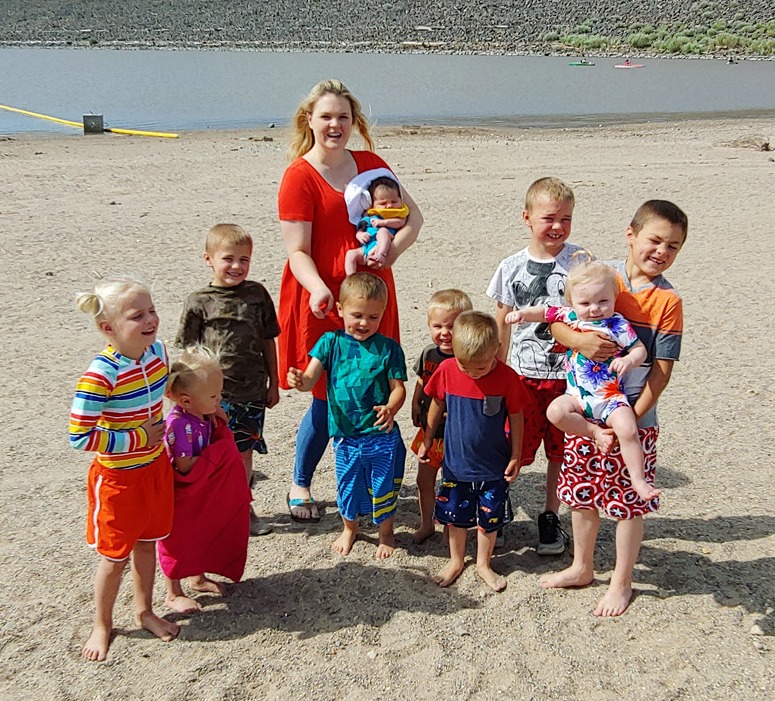 Courtney doesn't like using birth control but swears it isn't for religious reasons and says her massive family is a personal choice.

“Some people think it’s for religious reasons, but it’s not,” she said.

“I am the only mum at our church who has lots of kids. I think the most anyone else has is four.

“I have never been comfortable going on birth control, as I don’t like the idea of taking a pill.”

Courtney and Chris’ life in numbers

15 – the number of seats in their van

12 – the number of acres on their New Mexico farm

21 – the number of clothes washes Courtney does every week

Courtney and Chris normally wake at 7.30am, seeing to baby Coralee and making a breakfast of cereal and fruit for the other kids, who wake at 8am.

“The morning is the most hectic part of the day – there is always so much going on, with kids running everywhere,” Courtney said.

The older children, who each have chores to make sure the day runs smoothly, help clear up after breakfast and Courtney starts her day of classes – giving the kids a break after a few hours to help bottle feed the lambs. 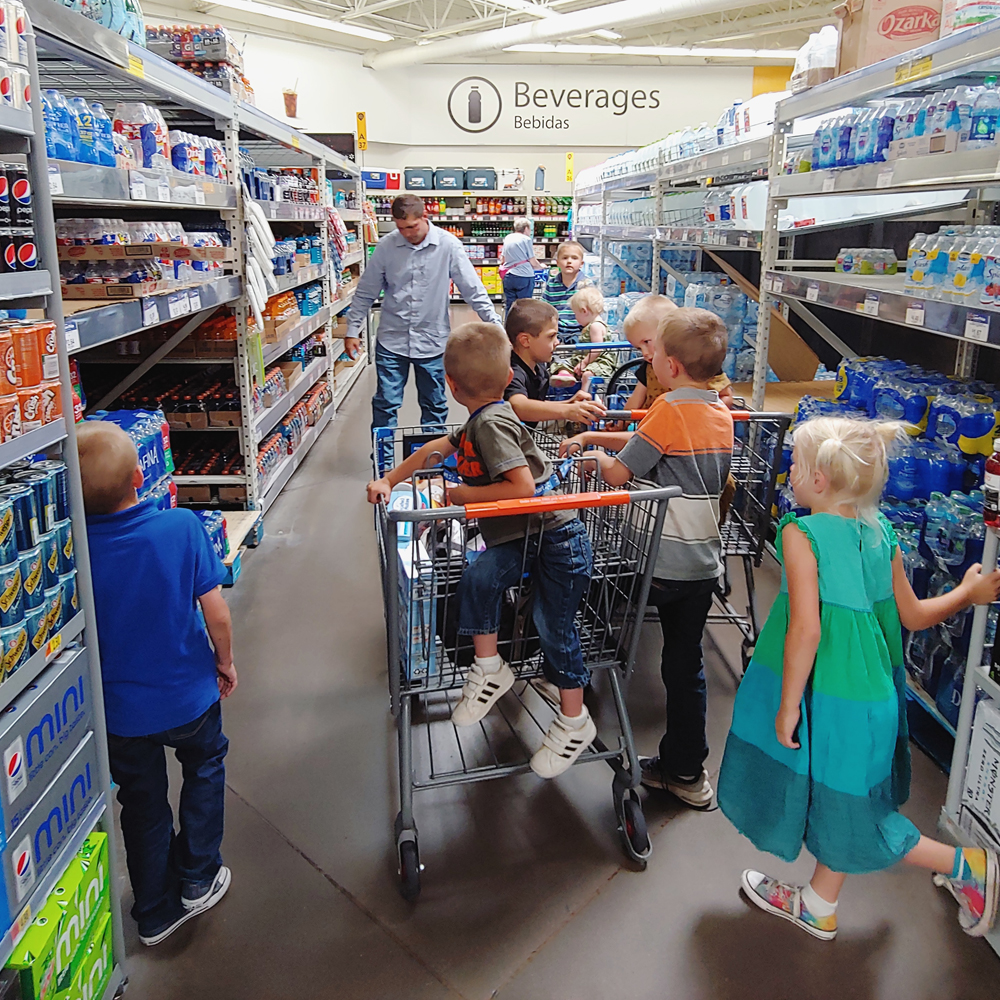 "On a good day, I will also get three washing machine loads of clothes etc done,” she said.

“Then everybody helps out with lunch  – it will be something like sandwiches or leftovers – and I’ll put the little ones down for their afternoon nap, while the other kids watch a movie or get their chores done."

I had my first baby when I was 25. I didn't think they would all come so fast, but I wouldn't change it

Chris is usually home for dinner, which could be lamb fajitas or pizza, but sometimes works late, doing odd jobs like landscaping, construction or helping with renovations, to bring in extra cash – while they also plan to rent out a new property on their land.

The couple, who seldom argue, even try and do their bit for the environment by using cloth nappies and wipes during the day and bamboo nappies at night, which can be composted.

Meanwhile, despite the World Health Organization recommending a gap of 18 to 24 months between pregnancies, Courtney – who was advised by doctors after her caesareans to try and leave a longer time if she wants to have vaginal births – sees no reason to stop having children any time soon. 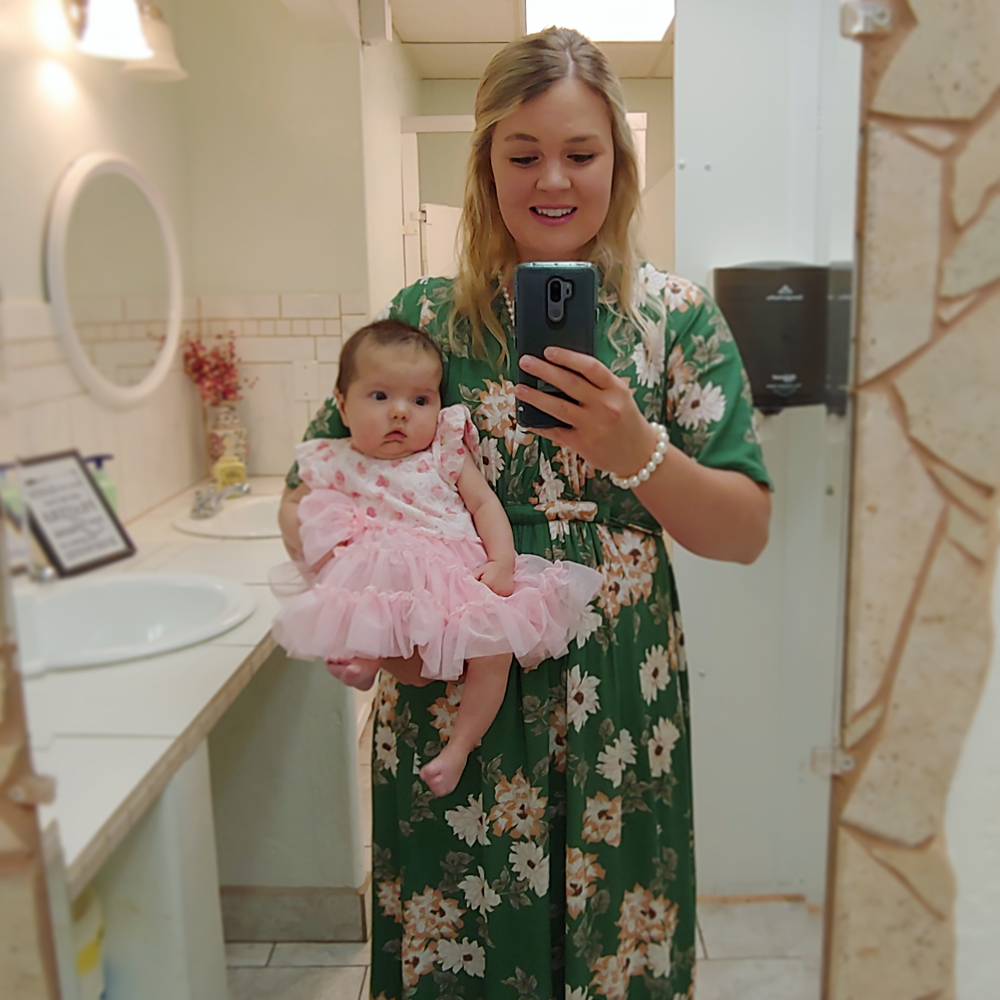 "I've been told there is a higher risk of haemorrhaging if you have lots of babies, but that's never been something which has worried or affected me, because I give birth in hospitals so they are prepared," she said.

"I had my first baby when I was 25. I didn't think they would all come so fast, but I wouldn't change it."

Not all Courtney’s pregnancies and births have been without incident.

Baby number three, Cade, came so quickly that Courtney gave birth to him on the driveway outside their house.

I have been criticised for having them so close together, but I take good care of myself and my babies

“That’s our exciting birth story,” she said. “I began to get contractions on his due date.

“After the in-laws picked up the oldest two boys, we headed to the hospital to be checked and monitored.

"I was already 3cm dilated, but after a while on the monitor, my contractions basically stopped and the nurse got instructions to send me home.

“We arrived home around 2am, exhausted, and went straight to bed. A few hours later, I woke up with a horrible pain.

“I called the hospital again and was told to come in, so made my way outside, but when I got to the car, I couldn't go any further. It was time to push." 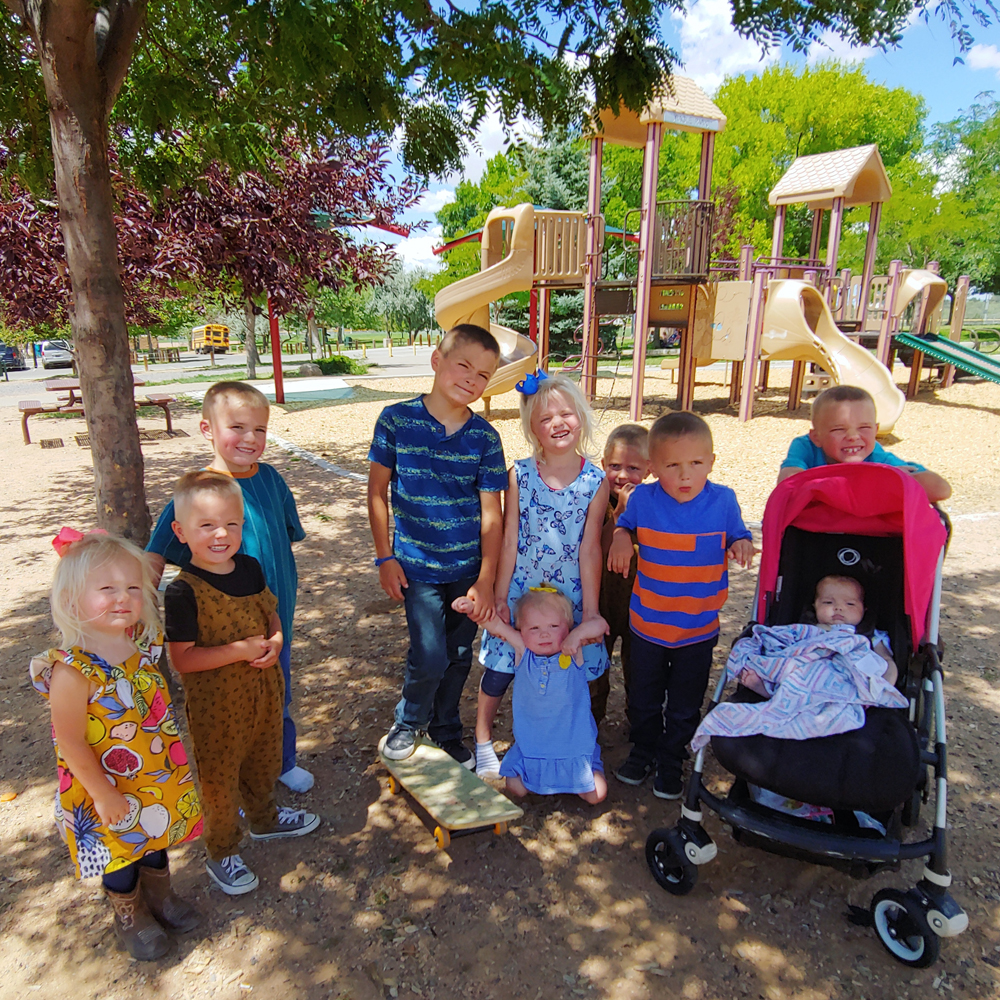 Paramedics arrived just in time to deliver Cade on the driveway.

"From the time I woke up, to the delivery was only 15 to 20 minutes,” said Courtney, who has given birth to most of her babies alone.

“For most of my births, Chris has dropped me off at hospital, then had to go home to look after the other kids.”

Baby number four, Callie, was a caesarean delivery, due to complications caused by placenta previa  – when the placenta partially or totally covers the mother's cervix.

This meant Courtney started bleeding at just over 33 weeks, prompting the emergency caesarean.

She then had a second caesarean with the twins.

And she had a second miscarriage at 11 weeks when she fell pregnant after having Colt and Case, who were born six weeks early in September 2015, weighing just 4lbs 6oz and 3lbs 8oz, respectively.

“When the twins were five months old, I fell pregnant again,” she said.

“But I had a miscarriage at 11 weeks, which was hard, because it was further along than my first miscarriage.”

At one point, bringing up seven children under the age of six, even Courtney admits it was “challenging.” 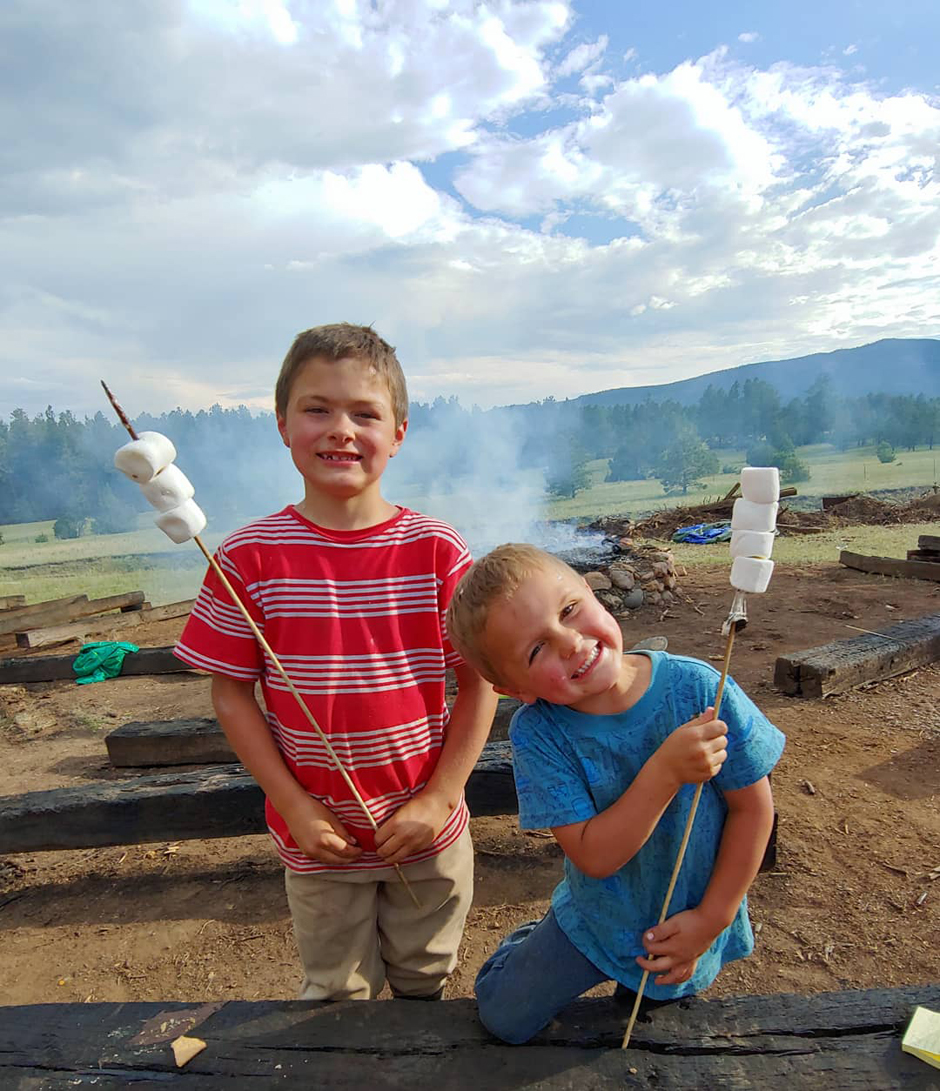 “I could not go anywhere on my own and it stopped me from doing anything alone,” she said. “It’s easier now they are all older.”

Still, Courtney is quick to shoot down in flames anyone who criticises her and Chris for having such a massive family.

She said: “I have been criticised for having them so close together, but I take good care of myself and my babies.

“The people who ask how I can give all my kids enough attention are usually those who send their kids off to school.

"I do not understand their logic when I am around my kids 24 hours a day.”

Courtney and Chris always make sure that none of their children miss out – particularly at Christmas.

She said: “We start celebrating right at the beginning of November, with music and decorations.

“We get them all new pyjamas, an outfit for Christmas Day and we get each of them three or four presents, plus stocking fillers.

"We ask them what they want and we can usually get everything they ask for.

“I do not regret having so many children – the more the merrier as far as I’m concerned.

“Chris and I love being parents and, as a family, we have a great time together.”

Meanwhile, Sue Radford previously revealed she and her family get death stares on the street as they exercise during lockdown.