PRINCESS Diana was the most photographed woman in the world.

Whatever she wore, whether it was a baseball cap or a sweatshirt, people wanted it for themselves. 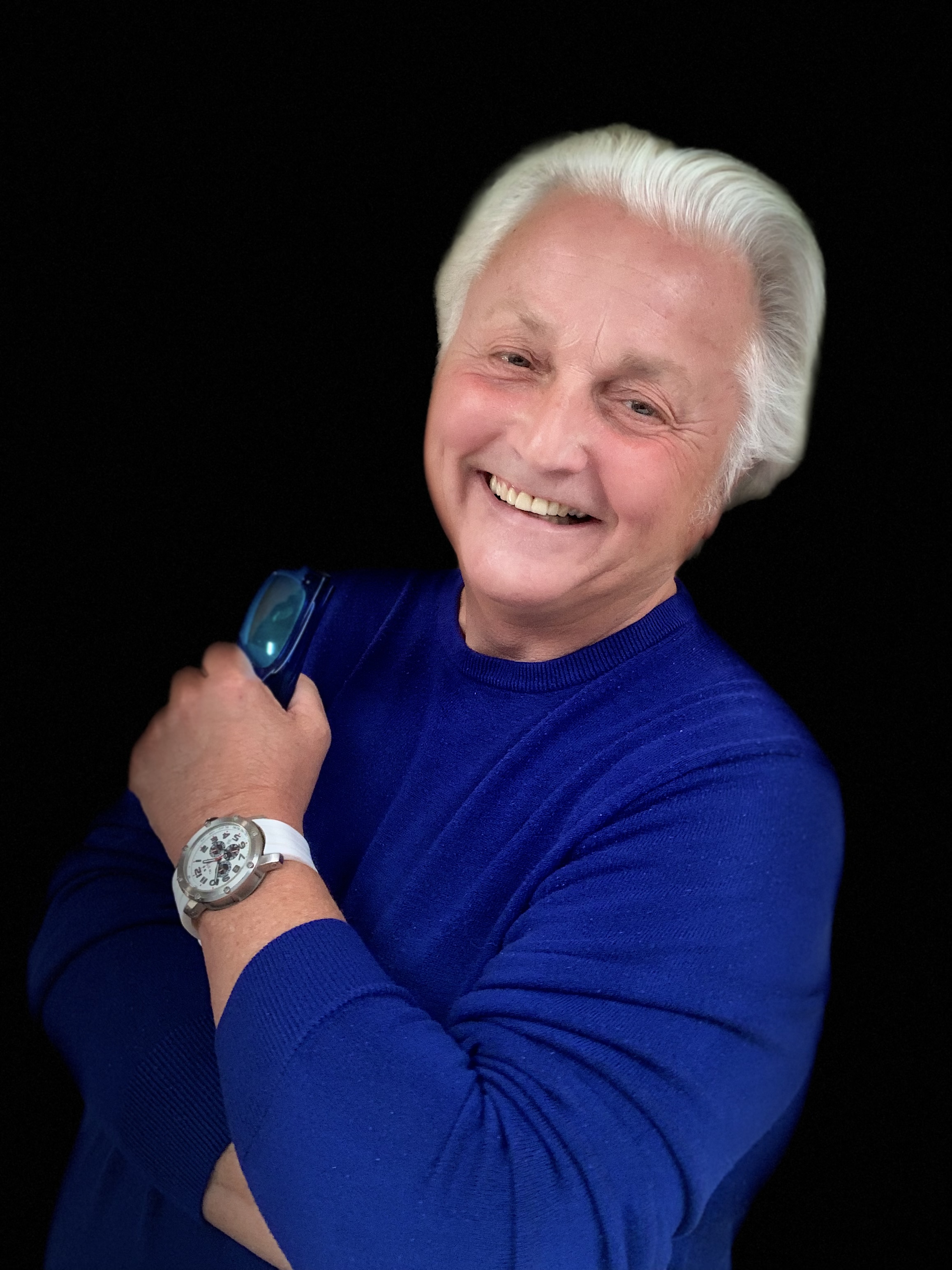 It’s the same for the royals now but Diana was the first to be a style icon.

She wasn’t always at ease with fashion. In the beginning there were mistakes, but as she started to work with designers like Versace and Catherine Walker, she got into her stride.

To this day, as we approach what would have been her 60th birthday on July 1, many designers take inspiration from the princess. It’s something you see on catwalks all the time – a subtle silhouette or something more obvious.

She was a trailblazer and even today celebrities pay homage to her style.

ROYALS have to choose a colour that stands out.

Had Diana turned up in beige you wouldn’t notice her, and no one wants an invisible princess. 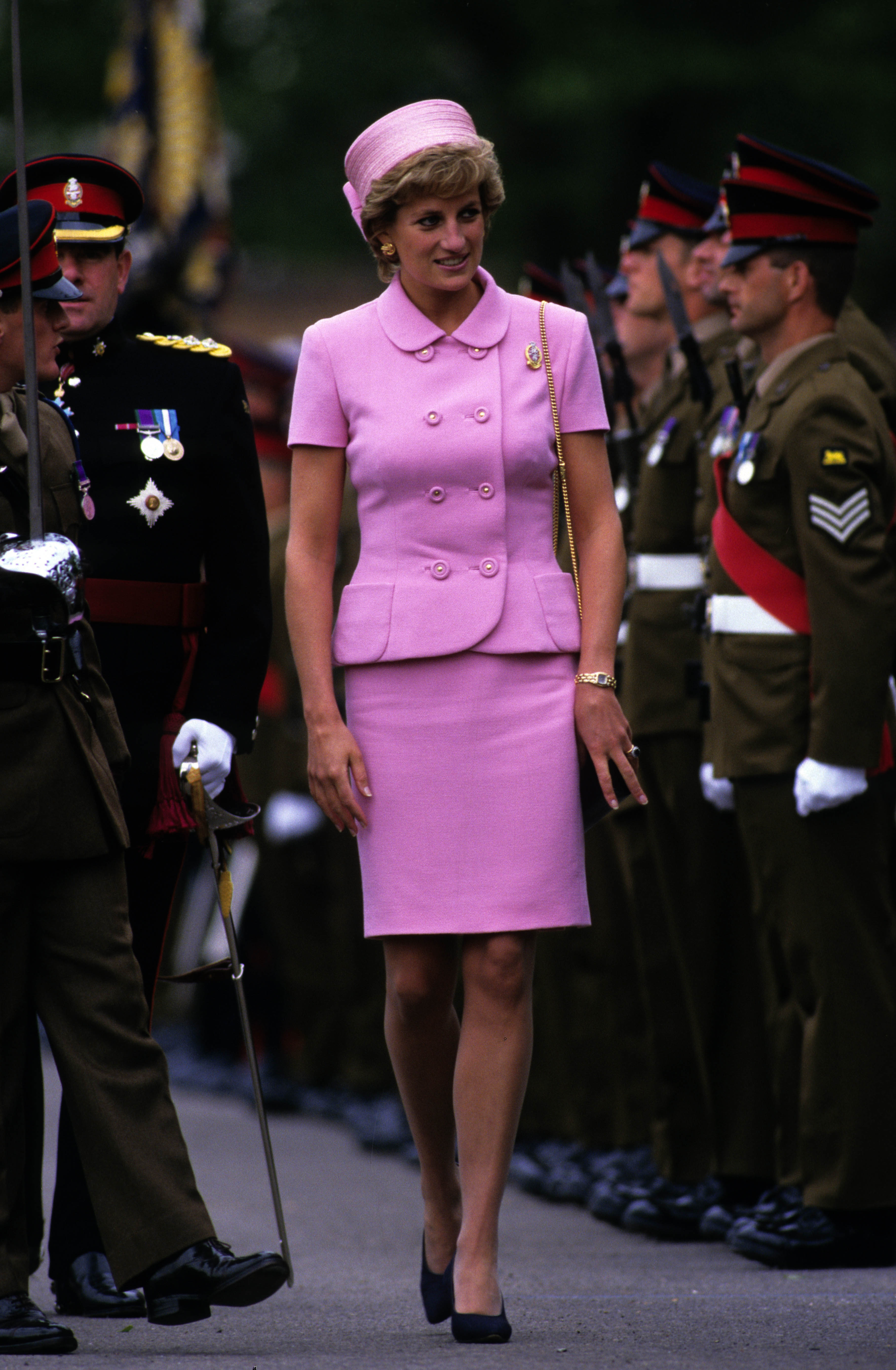 Pink is the perfect choice for Diana. It is bold and looks fabulous on her.
The pillbox hat is reminiscent of Jackie Onassis in the Sixties.

And that hemline – you never saw royals with any skirt above the knee before Diana. She was young and fresh and carried it off.

Look at the celebrities of today embracing so-called “millennial pink”, like Hailey Bieber here on a night out in Los Angeles.

Diana made it cool before millennials did. 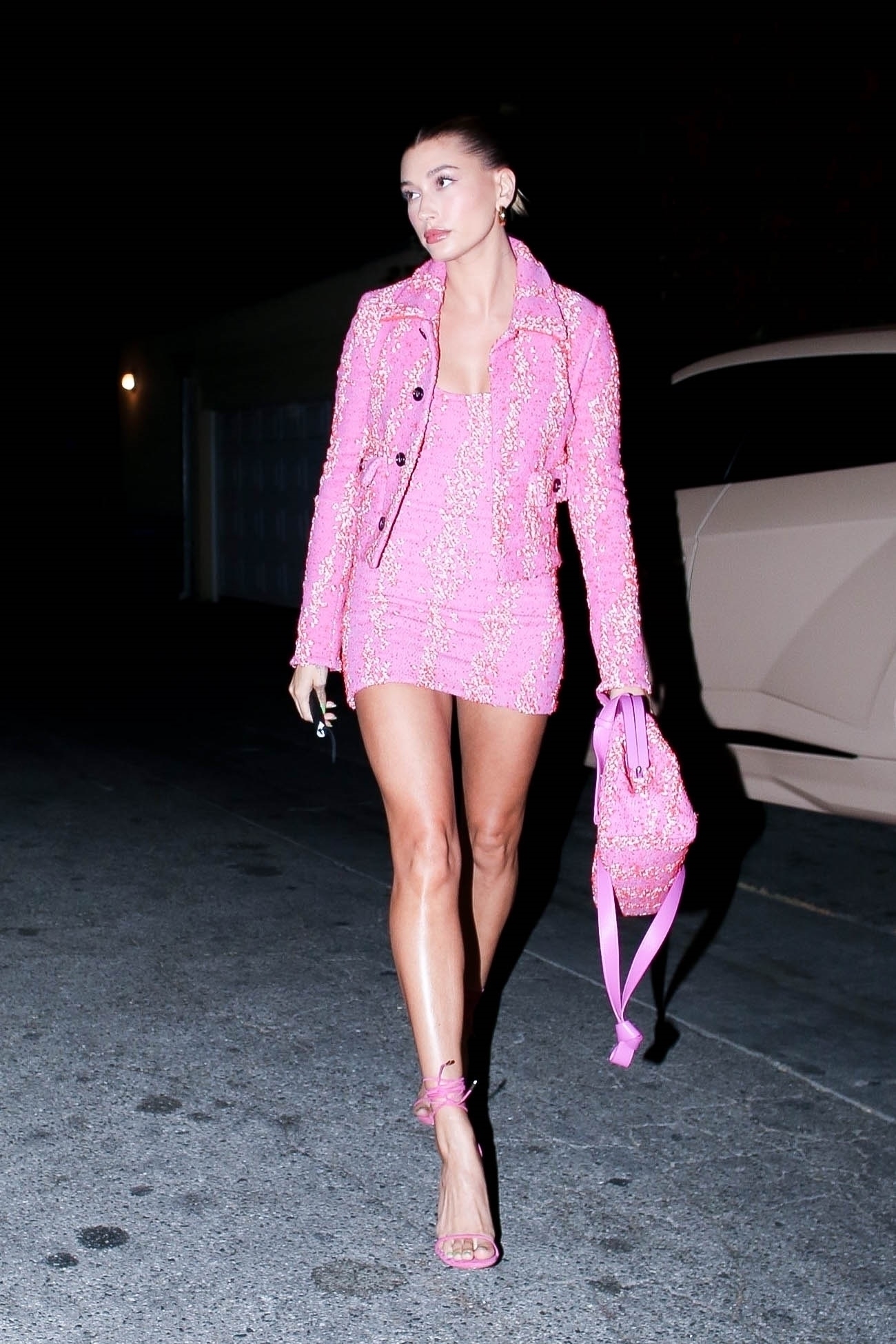 THIS look was one that Diana used a lot for the school run.

She’d hand over the boys to the headmaster in the morning and jump back in the car. 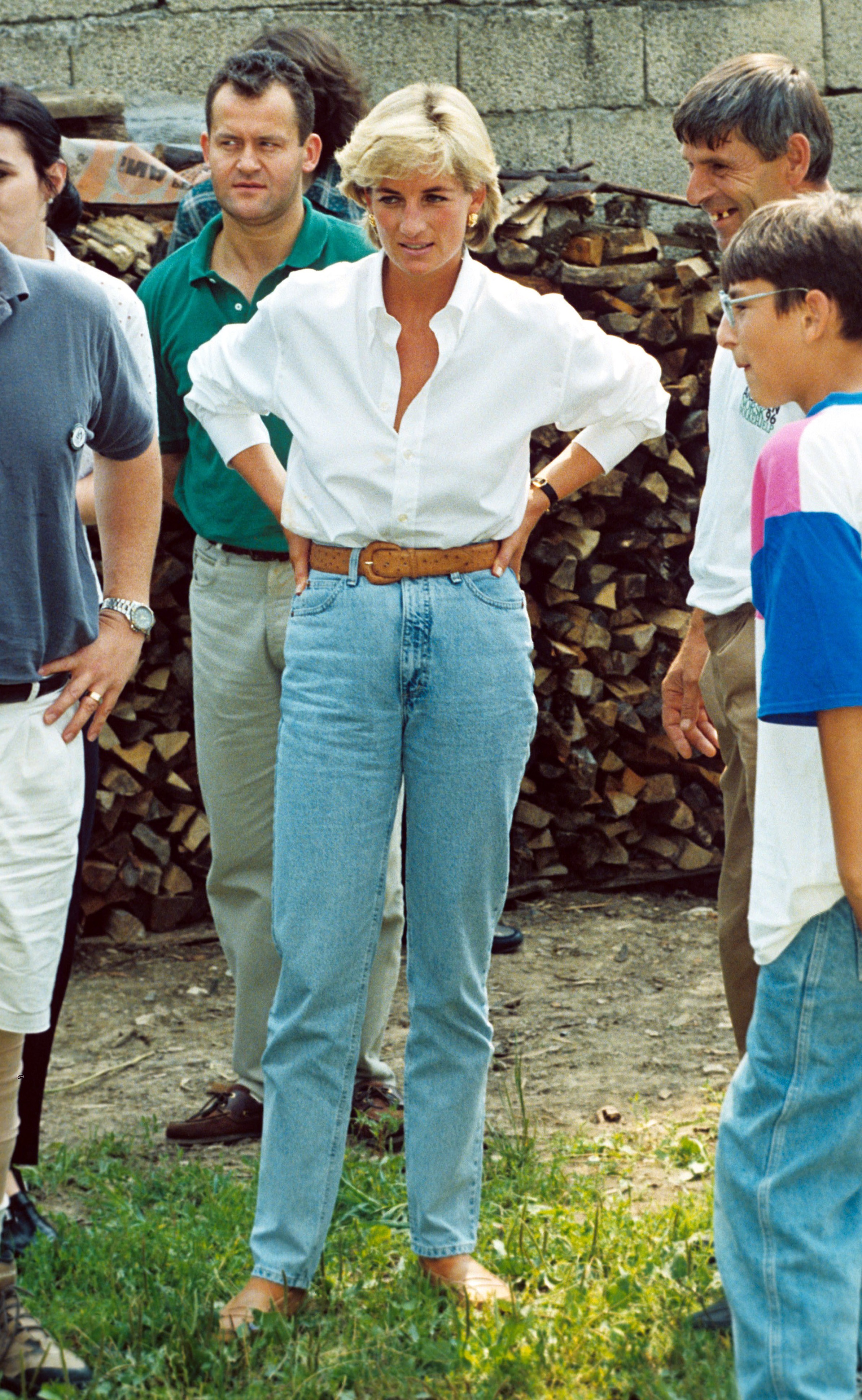 Some of it was probably her wish to be incognito – often people wouldn’t even realise it was the princess.

She was a cool mum doing her own thing and it helped women realise they didn’t need to dress up all the time.

Royals have always dressed down privately but Diana had the courage to wear this look out and about – she didn’t care. In this photo she’s in Bosnia.

These days the likes of Rosie Huntington-Whiteley are wearing mom jeans everywhere – Diana started that. 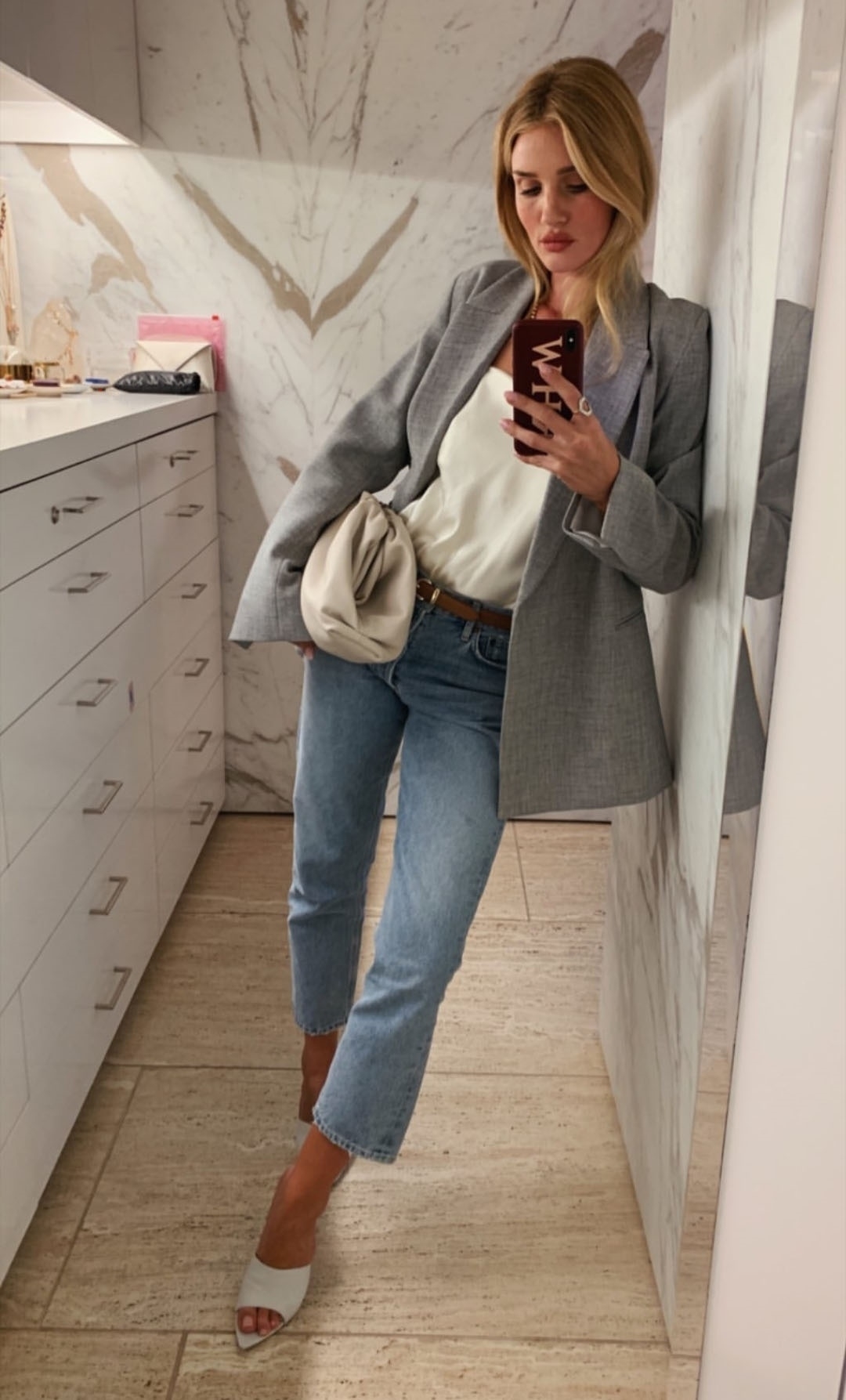 THE little black dress changed everything.

The sleek design and slit in her skirt – no one had ever seen a royal look like that. It really was groundbreaking. 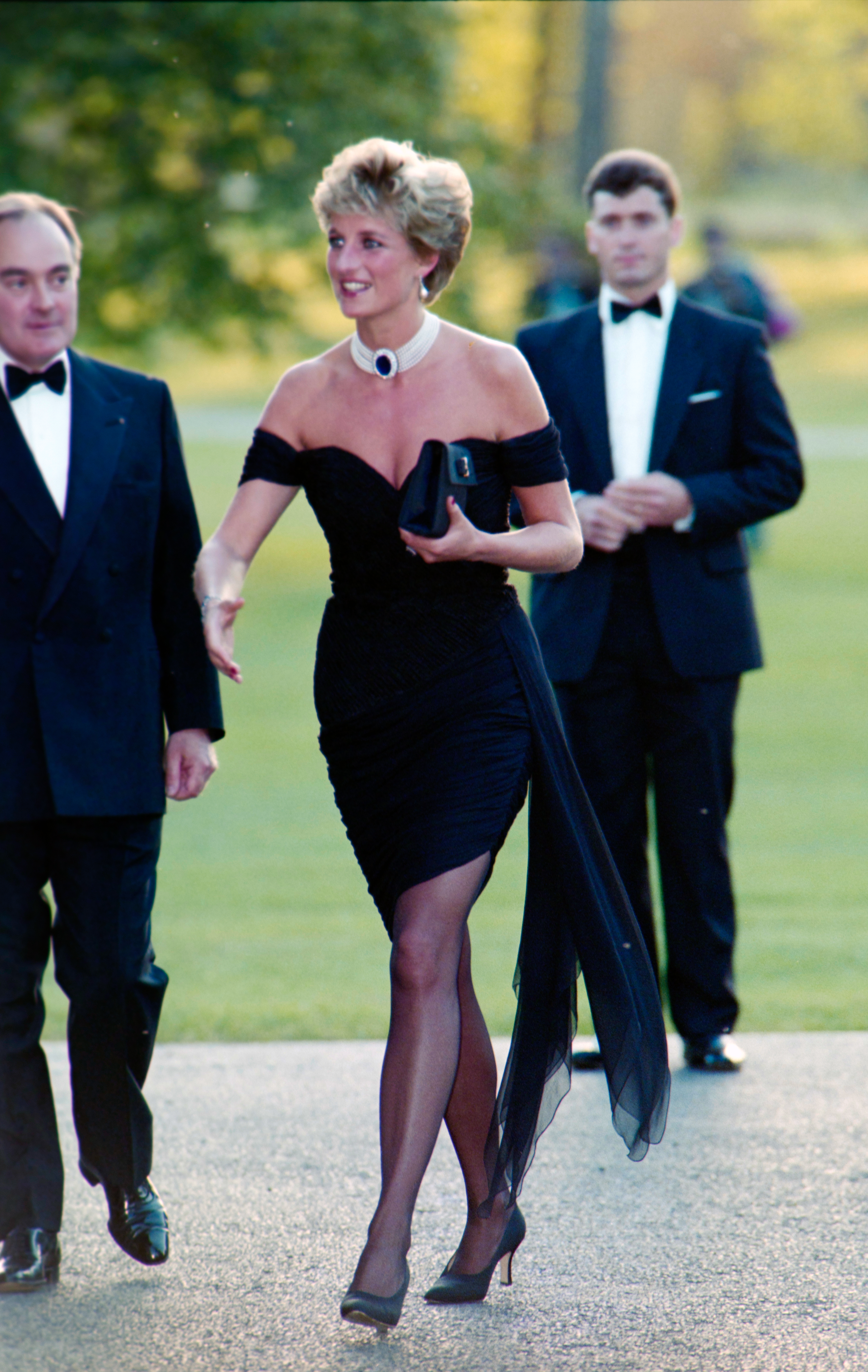 Suddenly Diana was like a movie star, she looked amazing.

But the princess gave such a simple dress such power for all women around the world. It was such an incredible moment.

Victoria Beckham was Posh Spice in her black dresses in the Nineties but Diana led the way. 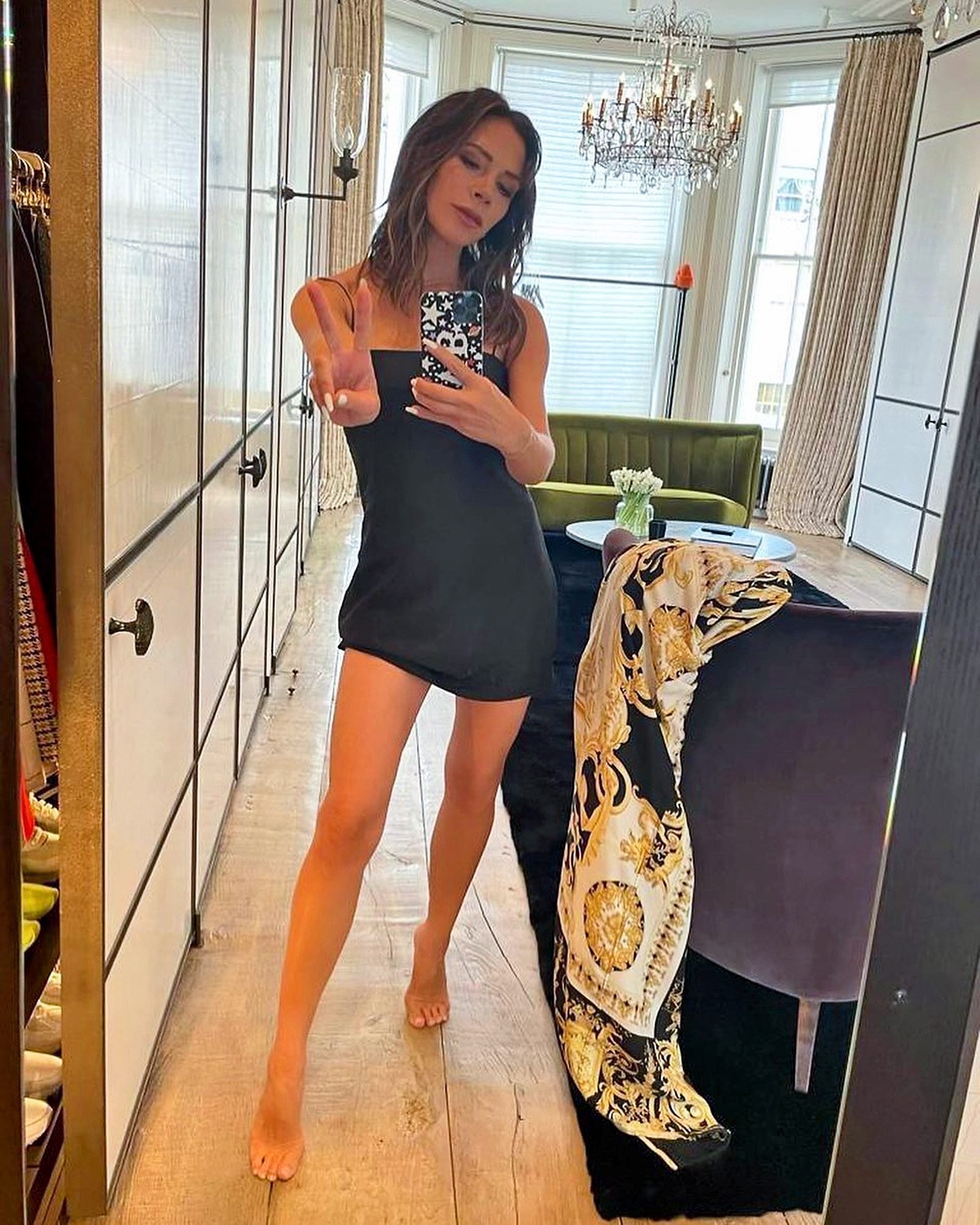 ON the likes of Kim Kardashian cycling shorts are big news, but it all started with Diana.

I love this picture, she looks fabulous. 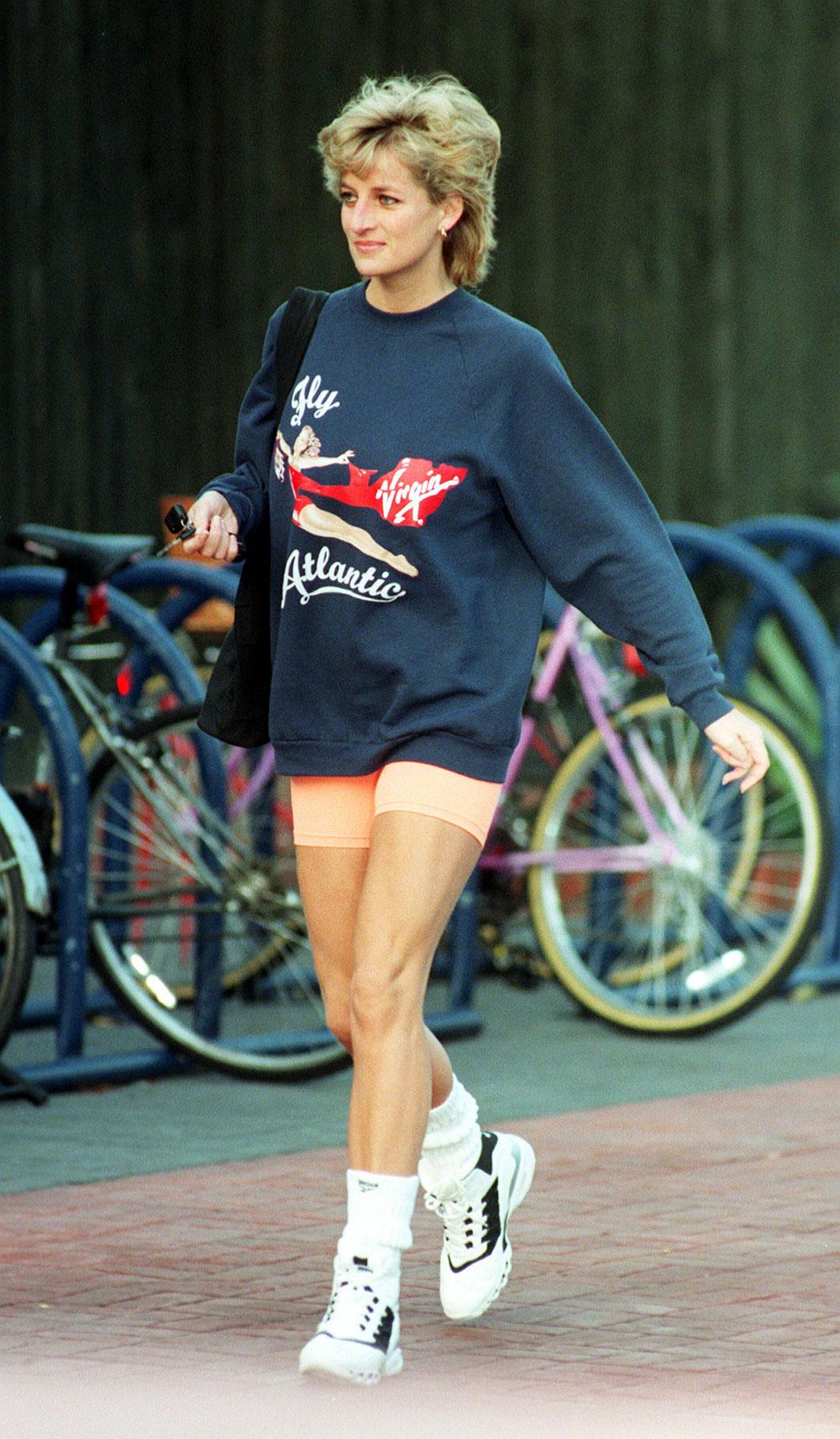 This look started in LA with movie stars wearing them, and then Diana wore a pair of cycling shorts to arrive at the gym.

Previously you never saw that, and you certainly never saw it on a royal.

Everybody was talking about it – “Did you see her?” – and the trend continues today. 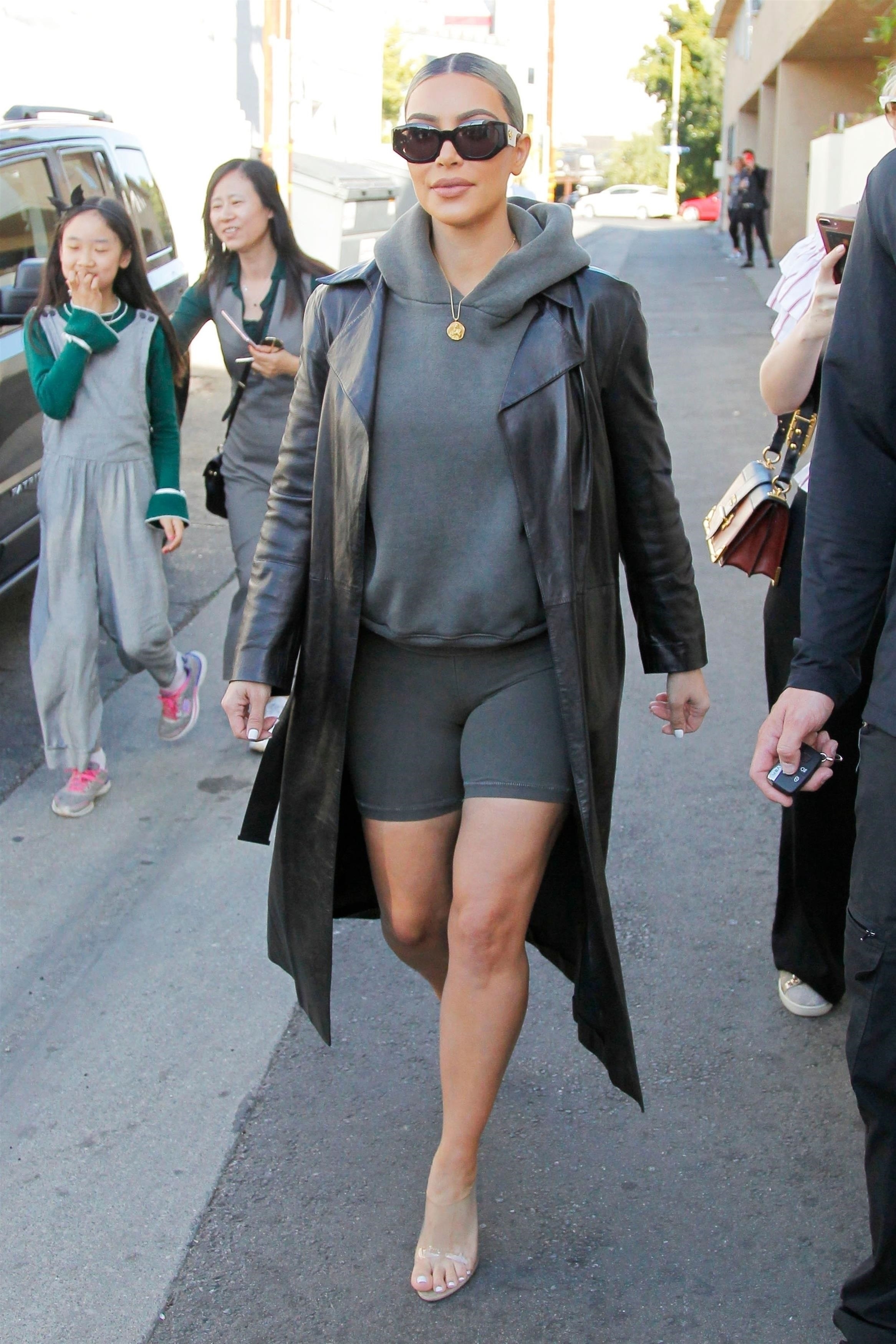 SHE wore a lot of cream or ivory collars as it looks very flattering – those shades reflect the light, giving you glowing skin.

Whatever shape her collar or neckline was, it would have kicked off another rampage of fashion madness because people wanted to share a bit of the Diana magic. 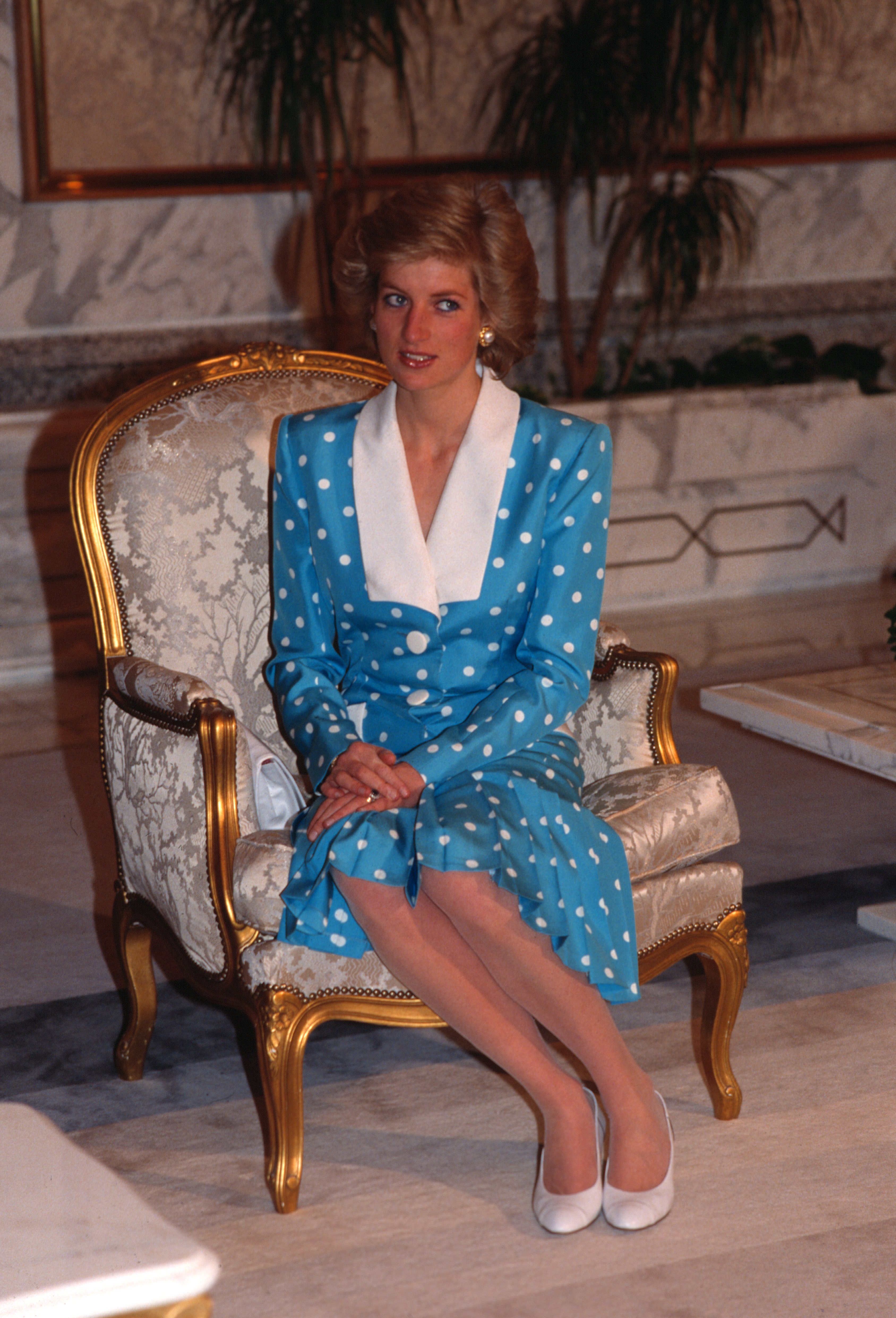 I don’t think we had ever seen a royal in polka dots before this either.

Today you see everyone in statement collars. Holly Willoughby is a huge fan. 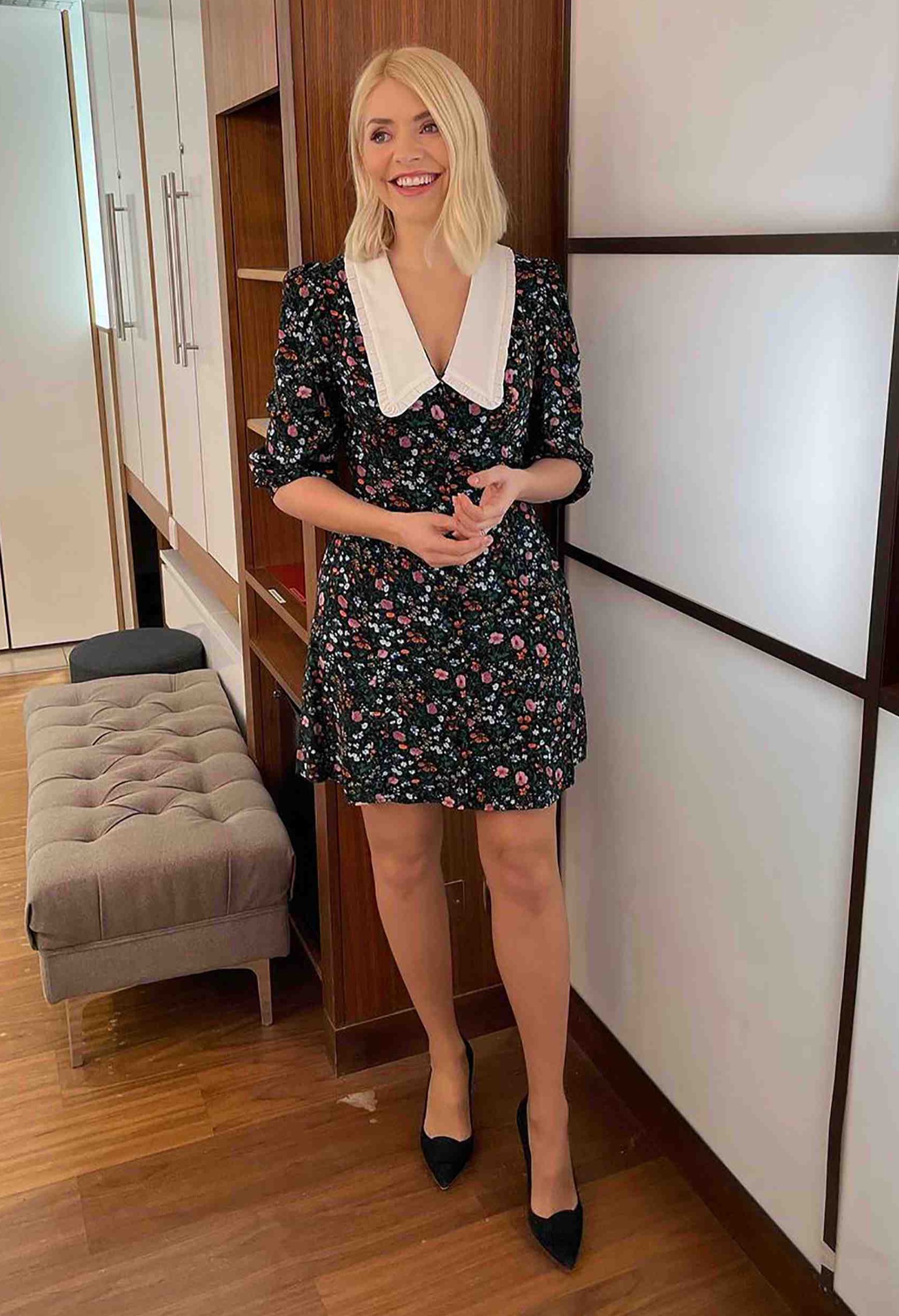 AT first Diana was very shy. She was only 19 and a kindergarten teacher so she wore blouses, cardigans and soft, gathered skirts, often with ballet pumps and a string of pearls.

She was what we would have called at the time a typical Sloane Ranger. 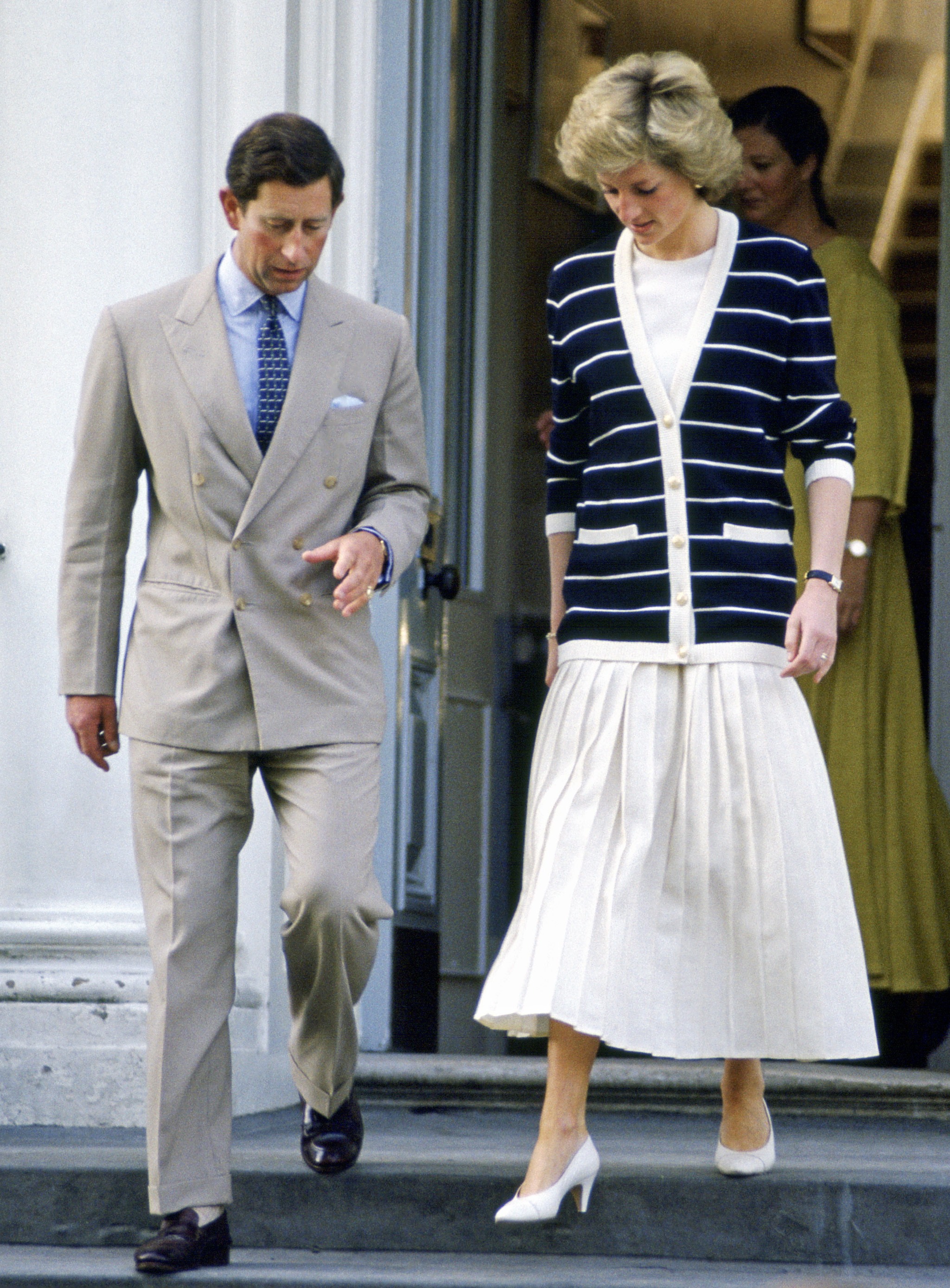 These days you can’t escape these kinds of outfits, they have become so popular, and you can see Amanda Holden is happy to channel the look. 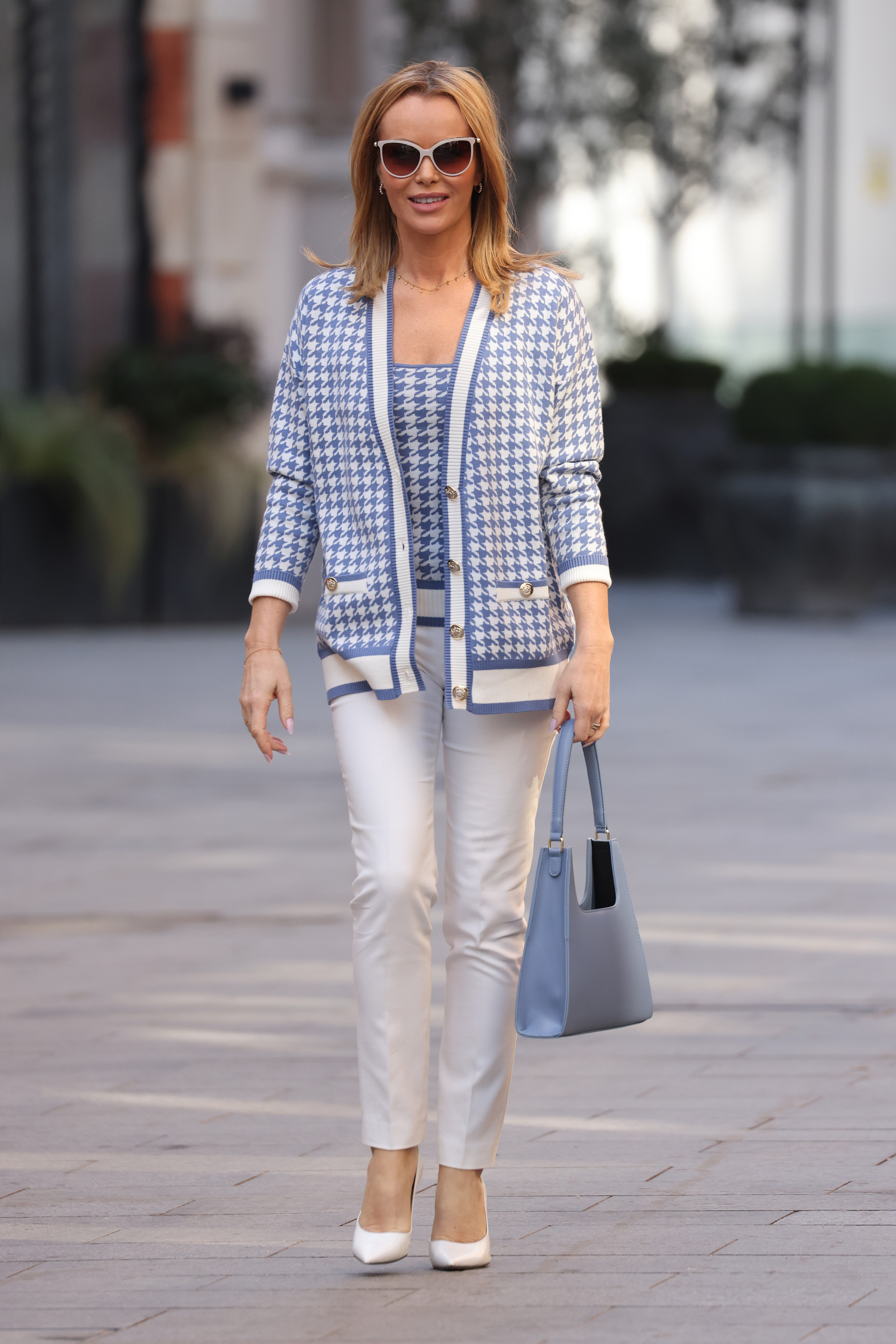 THIS style, loved by Maya Jama, was another trend that started with Diana in the Eighties.

I remember this photo well. It was taken at a polo match in the early days. 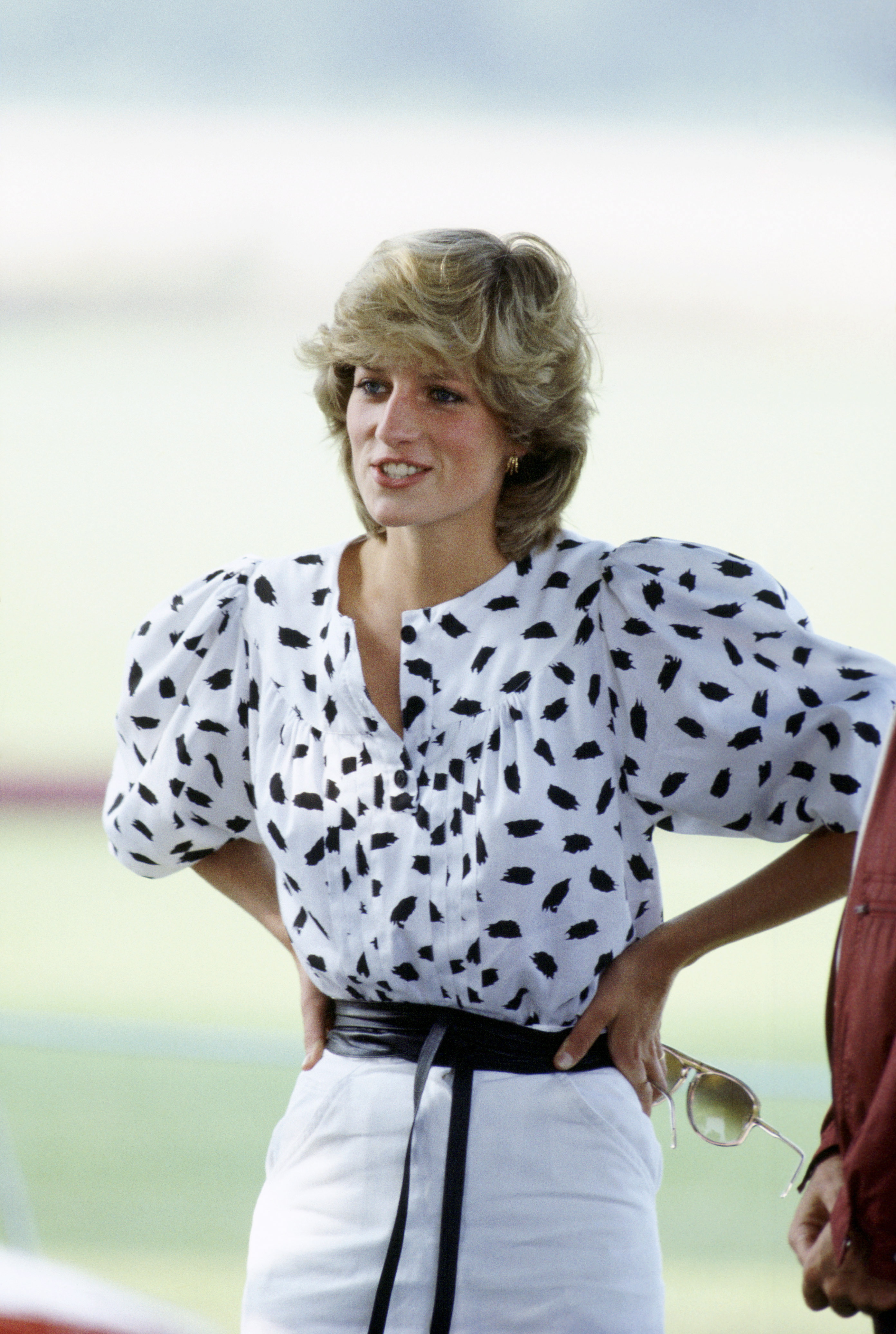 The clever thing about this is that the bigger you dress up your top half, it makes the waist look tiny.

She teamed it with a simple white linen skirt and a black sash belt for a very casual, weekend look. It wouldn’t look out of place at a similar event or on the red carpet today. 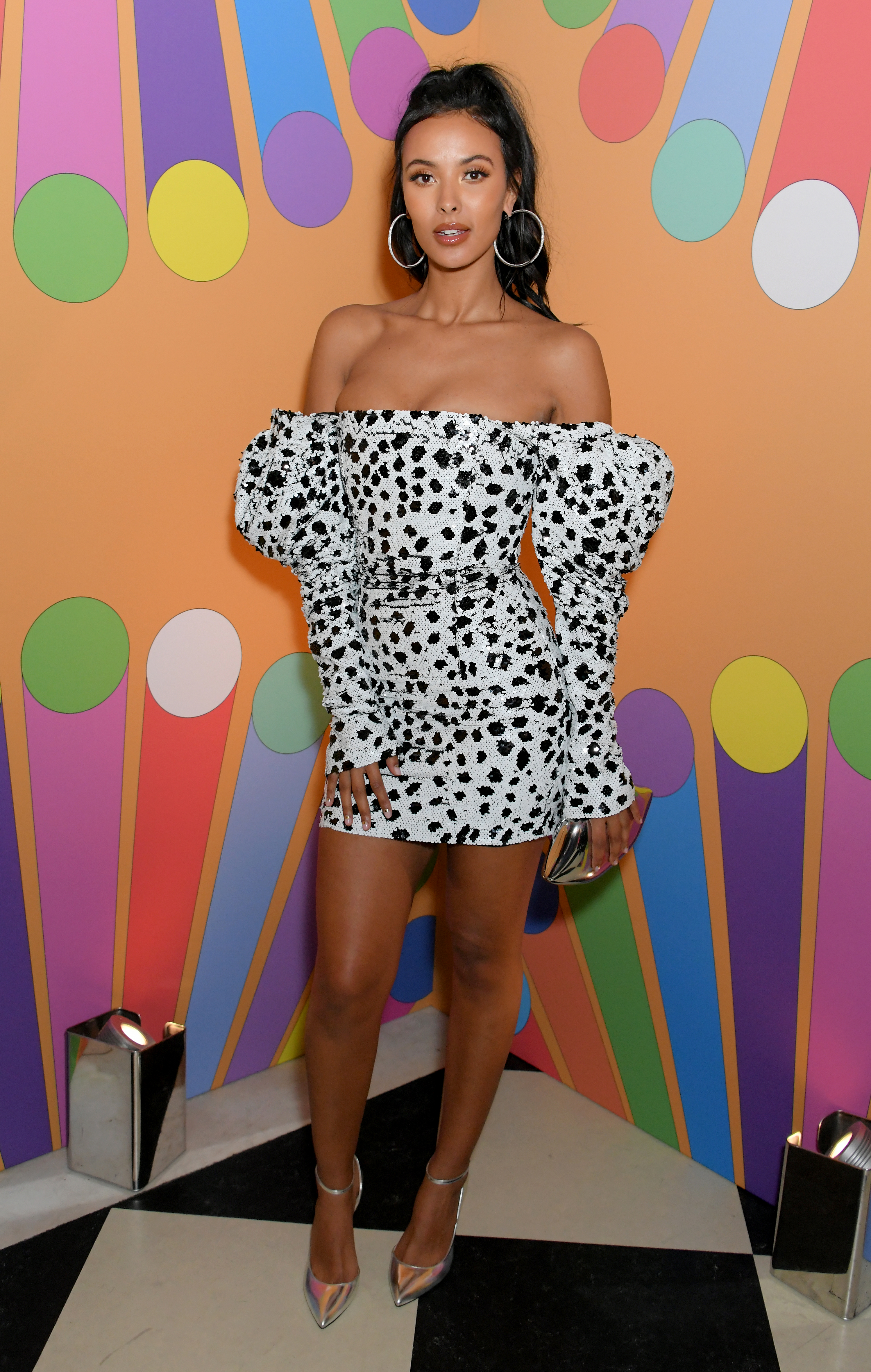