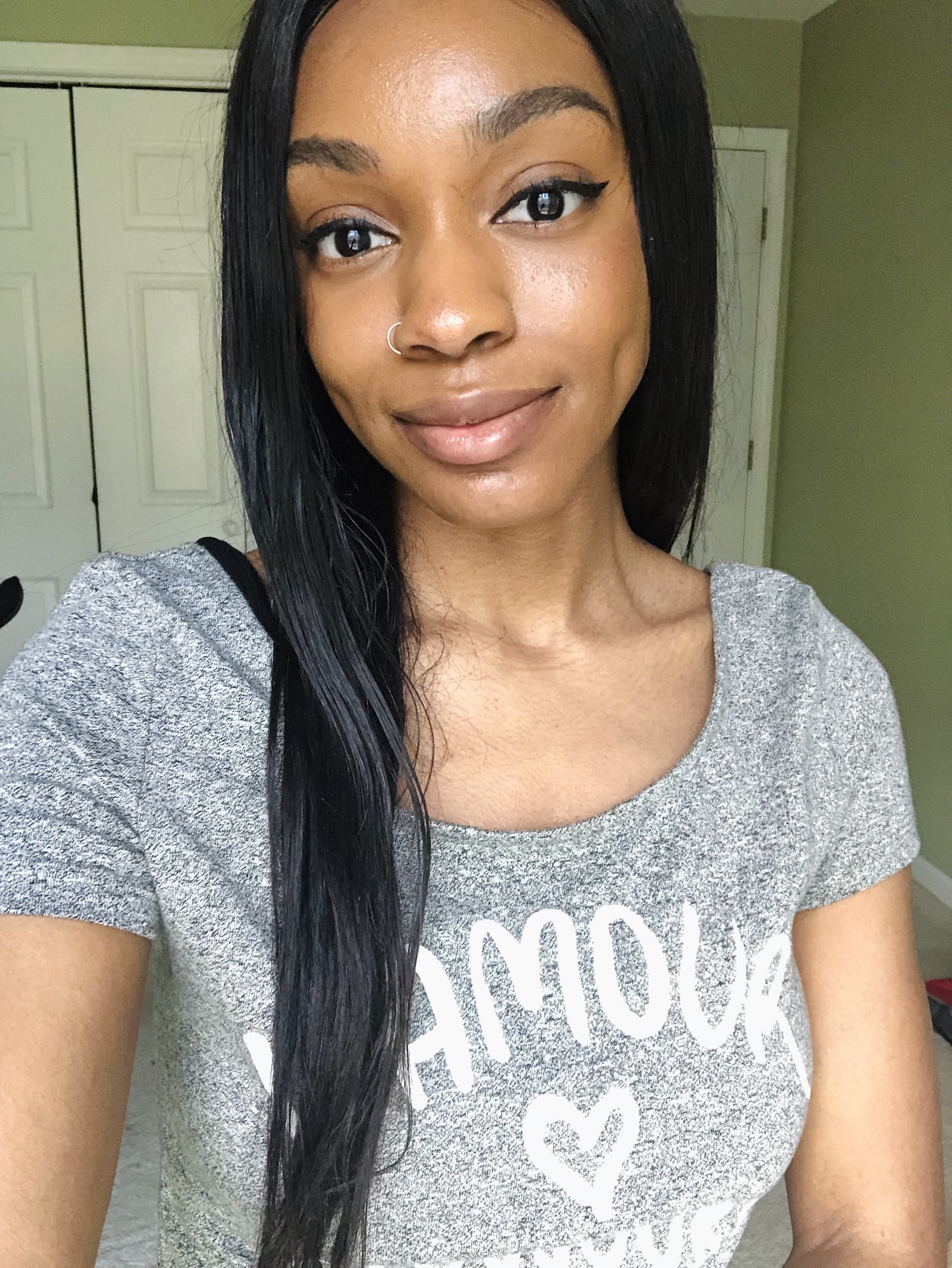 As you probably could’ve guessed by my current job title, I own quite a few beauty products. Outside of what’s collecting dust behind the mirror in my bathroom at the moment, I can count about five mascaras in my makeup bag alone, several tubes of lipstick, and an embarrassing amount of eyeshadow palettes that have barely gotten any use within the last year. I own way more liquid eyeliner than anything though, so while I’m not an artist by any means, you could say that it’s a product I’m pretty enthusiastic about. So naturally, when I was able to get a look at Selena Gomez’s Rare Beauty products, my first instinct was to test out the brand’s liquid eyeliner first.

A classic black cat-eye has been my go-to makeup look for almost every occasion I’ve deemed wearing makeup necessary for almost a decade. My go-to for the last few years has been the NYX Epic Ink Liner, which has a felt tip and delivers an intense amount of pigment. I consider myself to be an “if-it-ain’t-broke” type of girl, but even after testing out the Rare Beauty Perfect Strokes Matte Liquid Liner ($19) just once, I realized that it might just be one of my new favorites. 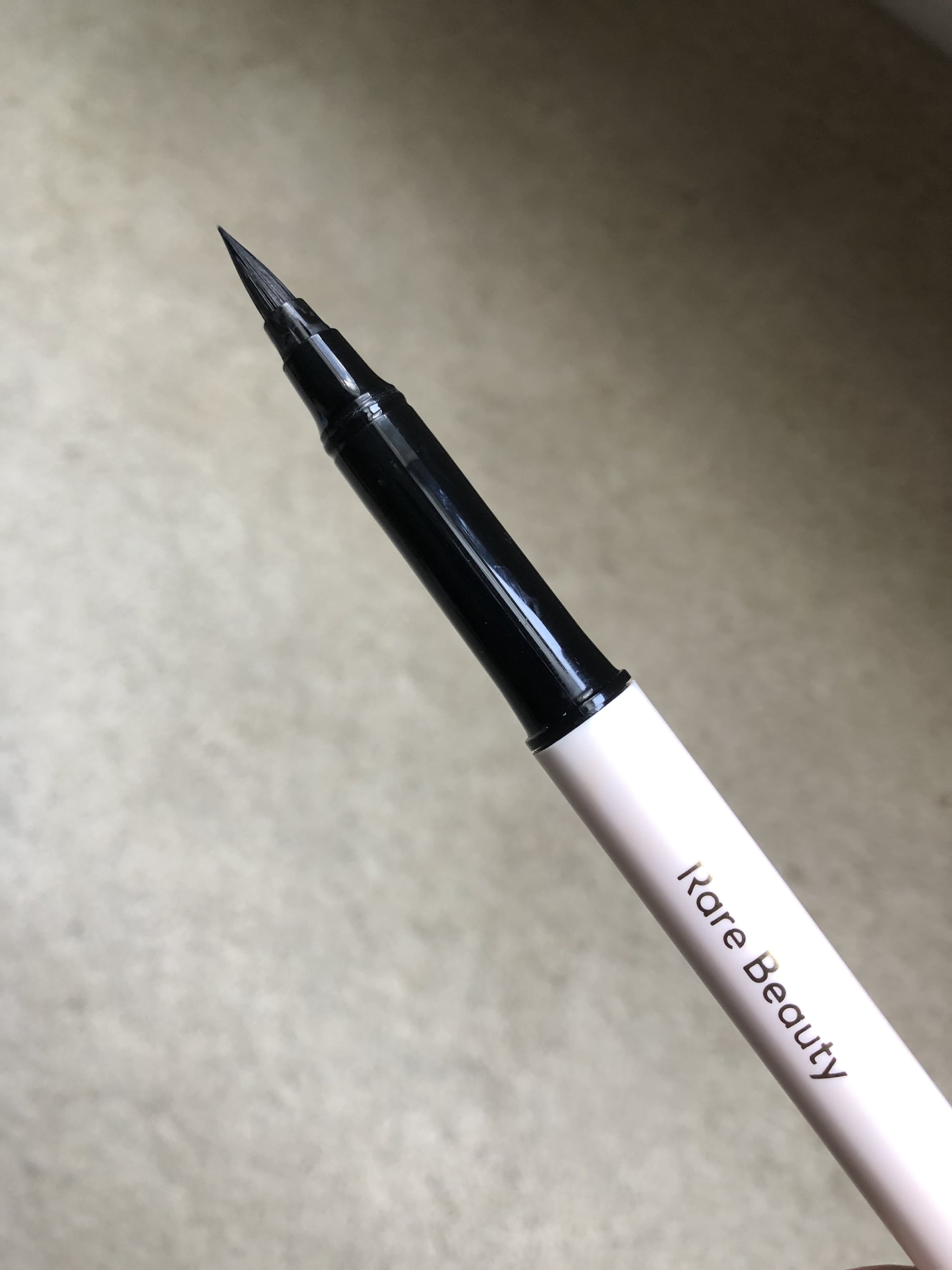 The first thing I noticed (and appreciated) about the product was how smooth the application was. It seemed almost like the pen was gliding over my eye without me even having to any work. With a few other eyeliner pens I’ve previously used, one major problem that I’ve had is not being able to easily build the color after first swiping it onto my lids because of how clumpy the formula would dry. Trying to go back over a wing and add more color would prove difficult since the tip of the pen would snag on the ink was already there, but thankfully, I didn’t have this problem with the Rare Beauty liner.

The tip of the pen itself is also pretty firm, which makes creating a wing with a supersharp tip a lot easier than with other products. Because of that, I’d also say that it might be a good pen to reach for if you’re someone who doesn’t have a ton of experience with liquid liner. While it’s not the darkest pen I’ve ever used, I was also really impressed by the formula and how easy it was for me to build the color and make it look darker with each layer. And before you ask — yes, it’s also smudge-proof. 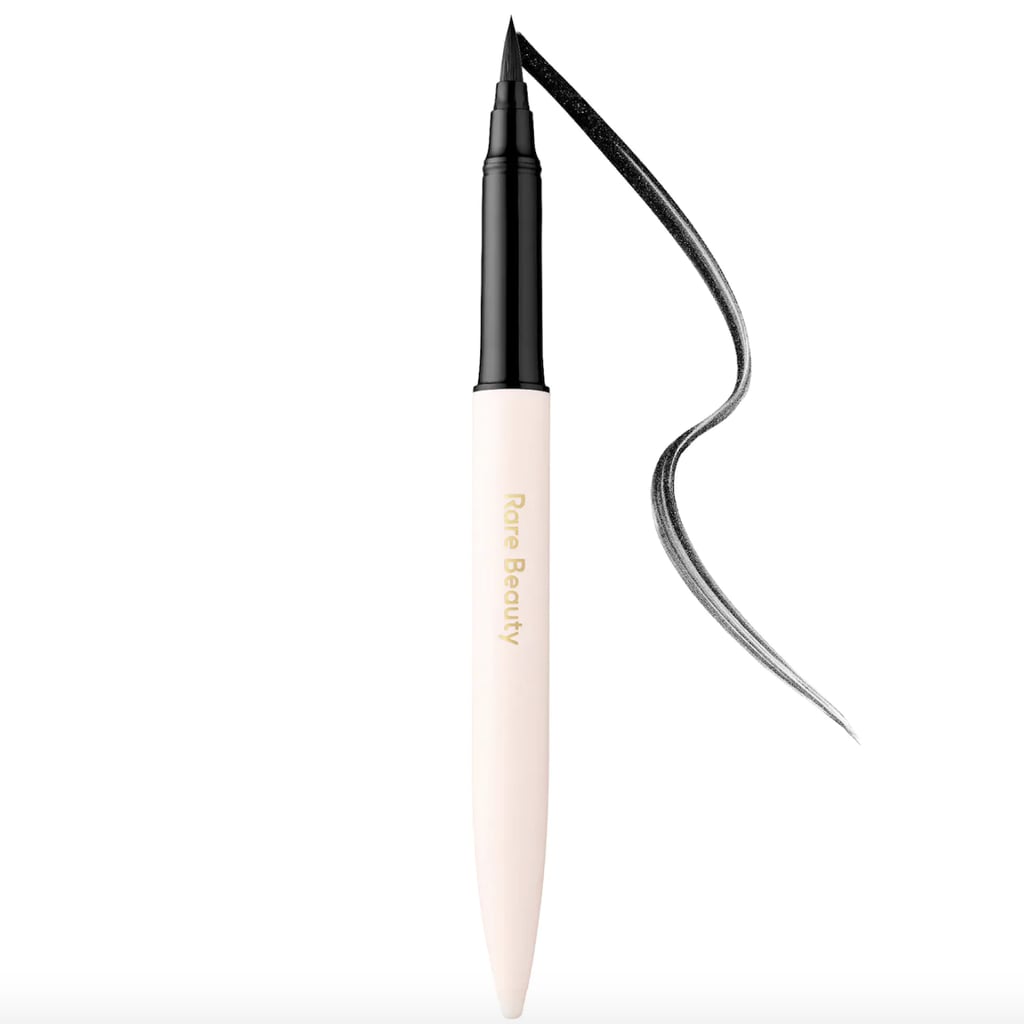