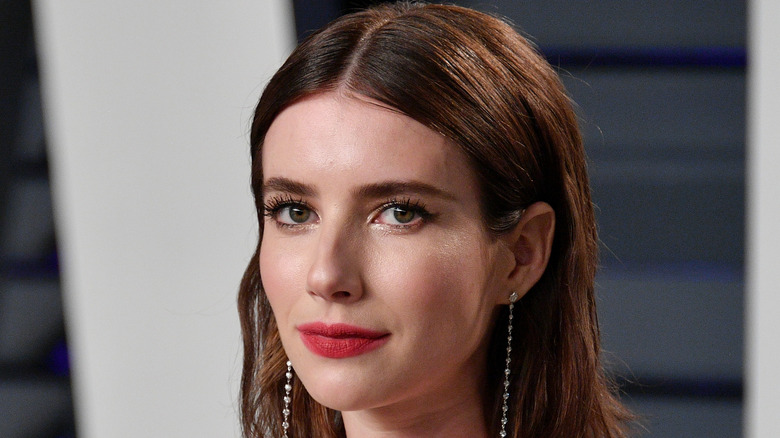 Emma Roberts has been on the scene for so long, it’s tough to remember she’s still relatively young. Originally breaking out as guitar-toting troublemaker Addie Singer on hit Nickelodeon show “Unfabulous,” Roberts smoothly transitioned into more adult fare via attention-grabbing roles in the likes of “Scream 4,” “American Horror Story,” and “Scream Queens,” (via IMDb). In December 2020, she became a mother, as TMZ reported at the time, welcoming son Rhodes with partner Garrett Hedlund. Given how long Roberts has been in front of the camera, it’s refreshing the actress is so open about her beauty routine and, in particular, what makes her insecure.

For instance, the “Scream Queens” fan fave admitted to Allure she looks like “a drowned rat with wet hair” due to her teeny head. Likewise, when it comes to beauty mistakes, Roberts doesn’t hesitate before pointing out the years she spent ruthlessly spray-tanning, only to end up looking orange once the photographs surfaced. As the former child star admitted, “Every beauty mistake I’ve ever made, there’s a photo of it somewhere.” Thankfully, Roberts is proud of her porcelain skin nowadays, and her makeup artist has revealed the perfect foundation to showcase it.

Emma Roberts' luxurious foundation is ideal for all skin types 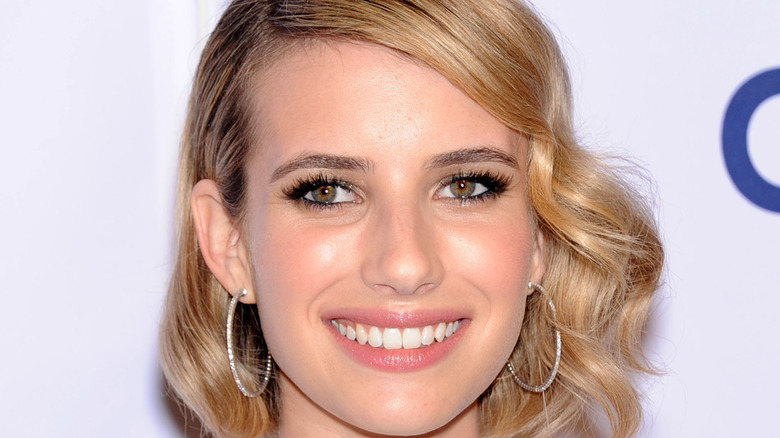 Celebrity makeup artist Nick Barose, who makes the already beautiful likes of Lupita Nyong’o, Kate Mara and, of course, Emma Roberts shine even brighter, told Self his go-to is the luxurious Koh Gen Do Aqua Foundation, which you can pick up for $77 on Amazon if you’re in the mood for a splurge. Although it may seem slightly pricey, Barose explained the formula mimics skin’s natural finish, which means it blends in rather beautifully. This foundation is such a top pick, in fact, Barose uses it on all skin types. The mineral formula also minimize pores and shine, so you can’t go wrong.

When she first entered the public eye, Roberts, like most young women her age, completely bought into the adage that more is better. These days, the busy working mother – who’s had a hair transformation, too — knows the opposite is true. While chatting to Harper’s Bazaar UK about all things beauty, the “American Horror Story” star revealed she prefers to go makeup-free when not required to glam up for a project or event. As Roberts explained sagely, “For me, beauty is health, so I really focus on keeping my skin healthy, especially as I have really fair skin. That’s something I’ve learned from my aunt [the actress Julia Roberts].”

As the actress explained, she always makes sure to wash her face thoroughly, regardless of what she’s doing, noting, “I like to use a deep-cleaning, makeup melting cleanser” to thoroughly de-clog the pores.