A MUM has shared the hilarious spot where the delivery man left her package to hide it from her husband. 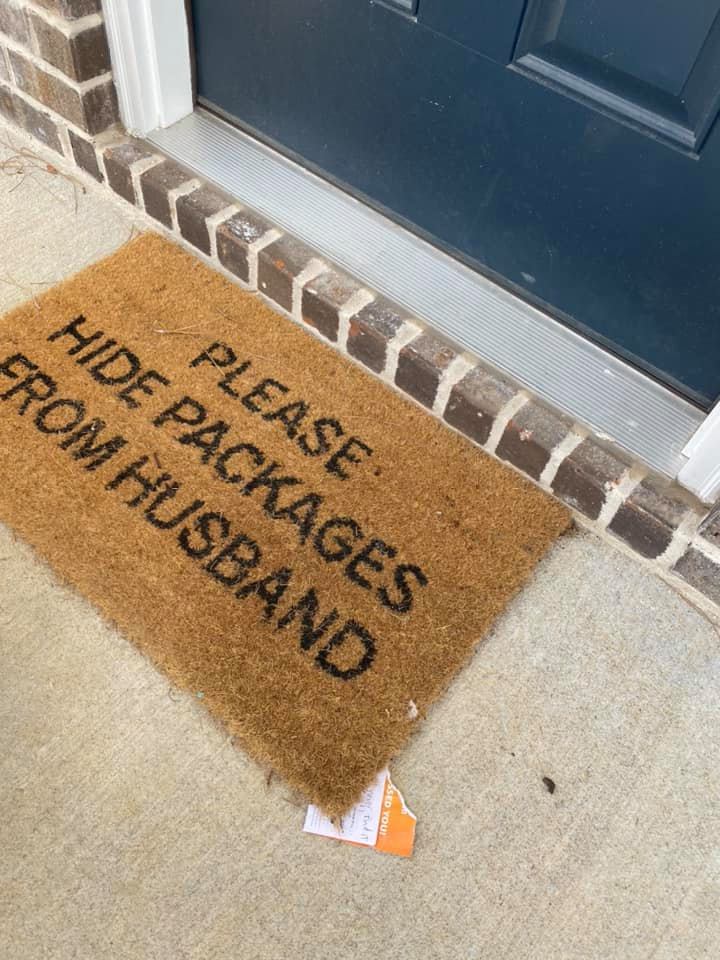 The mum revealed that anyone dropping off a package will be greeted by her cheeky doormat printed with the words, “Please hide packages from husband.”

And it seems that one delivery person had taken note.

“My neighbor said she saw the Amazon truck pull up but they didn’t deliver anything and I was getting so nervous 🤣 until I got home.” 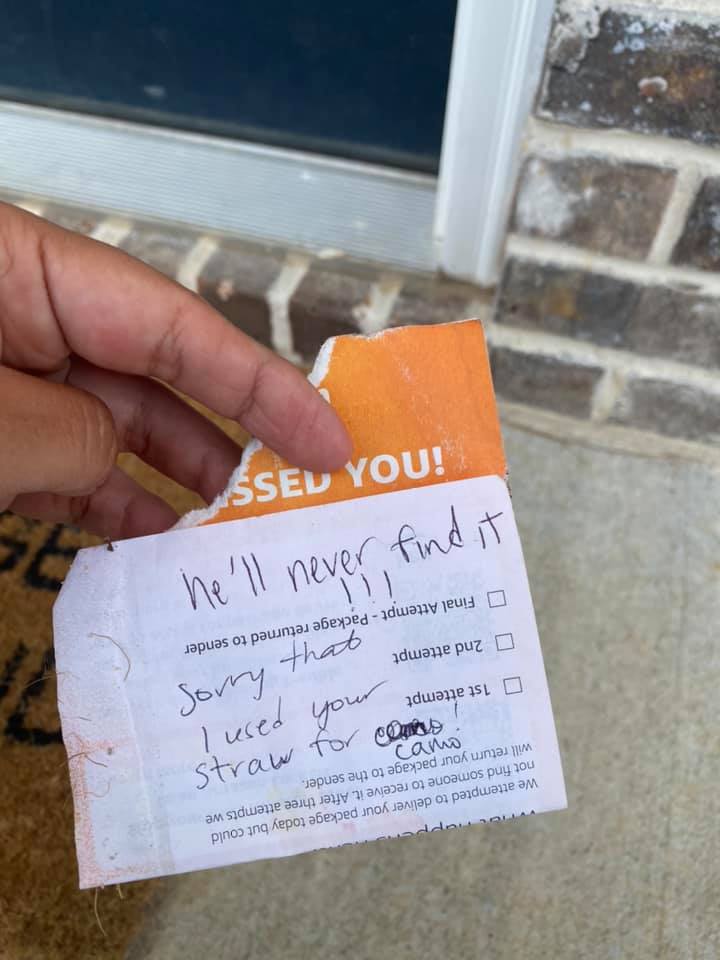 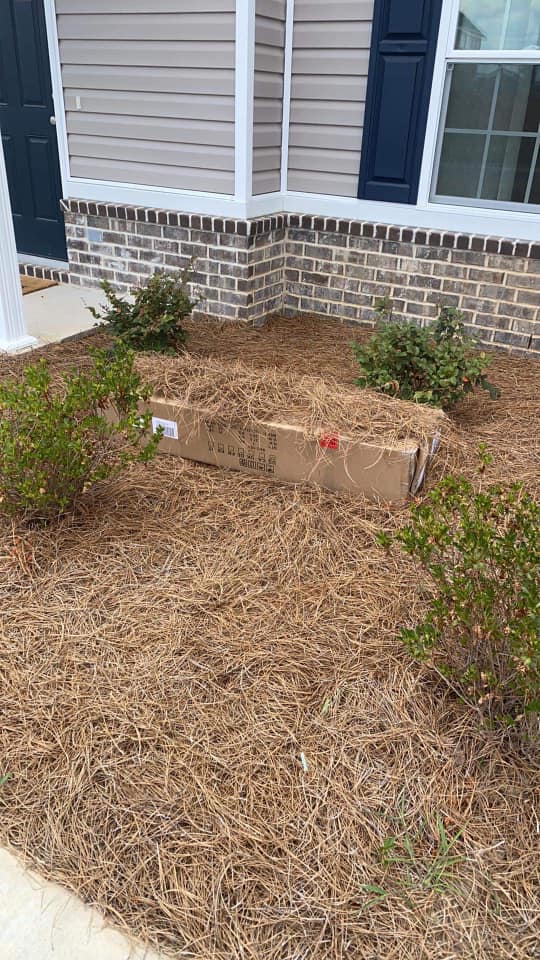 She then shared a snap of the delivery note he had left underneath the mat which read, “He’ll never find it!!! Sorry that I used your straw for camo.”

In another photo, the mum revealed that he had covered the large cardboard box with hay in an attempt to make it blend into its surroundings.

The post has since gone viral, receiving over 57,000 likes and over 100,000 shares on Facebook, leaving people in stitches.

Commenting on the post, one wrote: “This is the funniest thing I've seen in a LONG TIME!!”