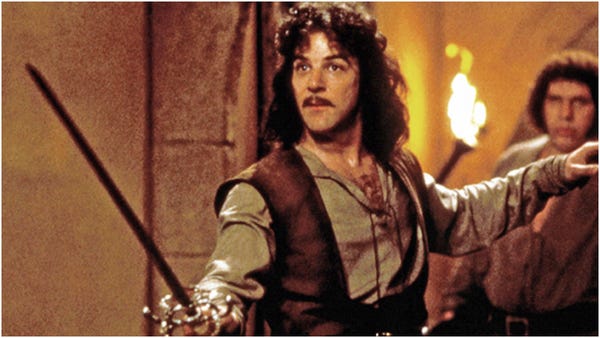 IMDB Synopsis: "While home sick in bed, a young boy's grandfather reads him the story of a farmboy-turned-pirate who encounters numerous obstacles, enemies and allies in his quest to be reunited with his true love."

Most audiences will probably know Mandy Patinkin as Saul in "Homeland," or maybe for his dramatic stage work. But his most iconic role is perhaps as Inigo Montoya in one of the most quotable films ever made: "The Princess Bride."

Patinkin's Montoya is charming, funny, and you thoroughly want him to succeed. The sword fight scene alone (with Cary Elwes' Westley) makes Patinkin's performance a worthy inclusion on this list. 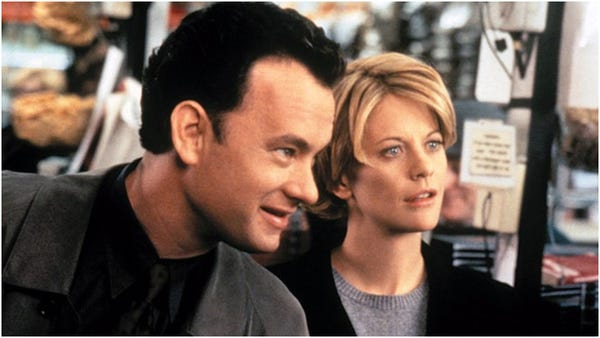 IMDB Synopsis: "Two business rivals who despise each other in real life unwittingly fall in love over the Internet."

Tom Hanks is one of the few people to win consecutive Oscars. In 1994, he won best actor for "Philadelphia." The year after, he won best actor again — this time for "Forrest Gump." Since then, he's starred in too many great dramas to count, including "Cast Away," "Captain Phillips," and "A Beautiful Day in the Neighborhood," which just earned him his first Oscar nomination since 2001.

Hanks' lovable nature, however, makes him primed for comedies, and he's had his success in a few. The best of those is probably "You've Got Mail." 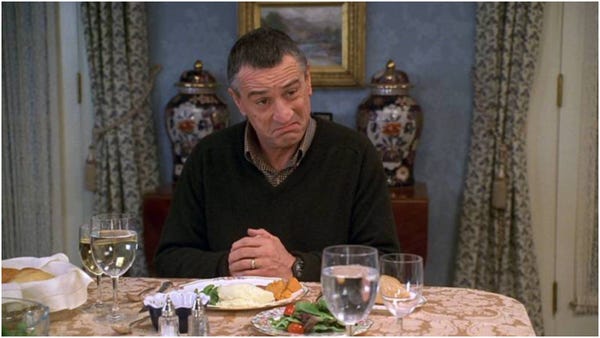 Robert De Niro will undoubtedly go down as one of cinema's best actors, having won two Oscars, for "The Godfather Part II" and "Raging Bull," as well as starred in many more dramatic classics including "Taxi Driver" and "Goodfellas."

Later in his career, however, De Niro's filmography has grown more comedic, and he has now done several studio comedies. His first, and by far best, however, was "Meet the Parents" — a role that seemed to be made for him. 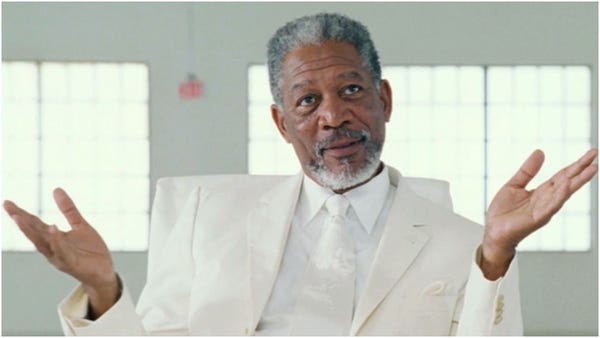 IMDB Synopsis: "A guy who complains about God too often is given almighty powers to teach him how difficult it is to run the world."

Morgan Freeman carried "The Shawshank Redemption" to success, and it is largely thanks to him that the film is regarded as one of the best movies ever made.

But while that may be the best film he's done, a lot of us have come to know and love Freeman for what may be the best ever cinematic portrayal of God. While the film itself didn't get great reviews, his casting in "Bruce Almighty" was perfect. 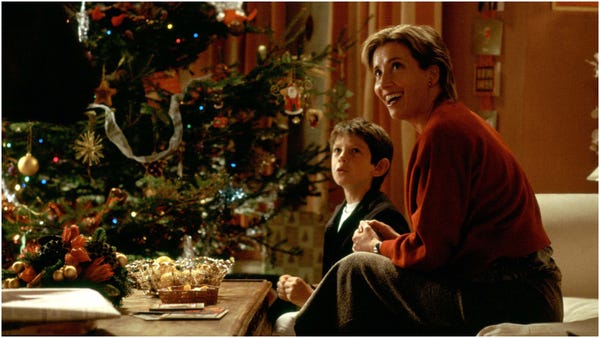 IMDB Synopsis: "Follows the lives of eight very different couples in dealing with their love lives in various loosely interrelated tales all set during a frantic month before Christmas in London, England."

Emma Thompson made a name for herself in the 1990s by starring in a lot of period dramas, with "The Remains of the Day" and "In the Name of the Father" just two of them. She also won best adapted screenplay for "Sense and Sensibility," which she also starred in and earned an acting Oscar nomination for, and won best actress for "Howard's End."

Thompson can also do comedies, however, and while "Nanny McPhee" is more of a broad comedy, "Love, Actually" is a classic beloved by (surely) everyone. Not only is she very funny in the film, but she also delivers one of the most emotional crying scenes on screen, ever. A testament to her ability. 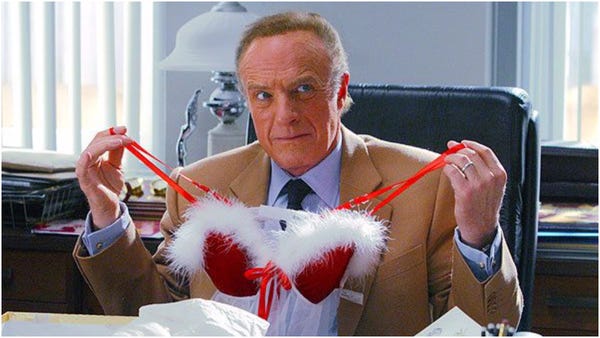 IMDB Synopsis: "After discovering he is a human, a man raised as an elf at the North Pole decides to travel to New York City to locate his real father."

James Caan seems like a tough guy you who you wouldn't want to mess with, and his memorable roles in "The Godfather" (Oscar-nominated) and "Misery" only back that up.

While he's occasionally a bit mean in "Elf," he is ultimately a softie as Will Ferrell's on-screen dad, and the relationship between Caan's Walter and Ferrell's Buddy is so great that the film is now a Christmas classic that people watch every year. 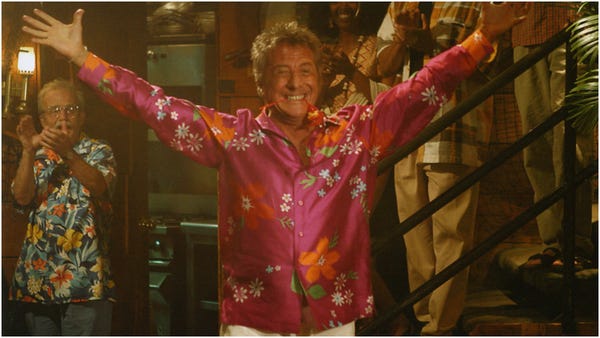 IMDB Synopsis: "All hell breaks loose when the Byrnes family meets the Focker family for the first time."

Dustin Hoffman, like De Niro, belongs to a class of dramatic American method actors who are now known as some of the best cinema has ever seen. Hoffman's achievements and movies are too many to list, but he won Oscars for "Kramer vs. Kramer" and "Rain Man," and also starred in dramas like "The Graduate" and "Marathon Man." "Tootsie" earned him an Oscar nomination, and while that is a comedy, it's more a classy, awards-friendly one.

"Meet the Fockers" is the type of mainstream comedy where an actor like Hoffman can relax and have fun. Say what you want about the film, but he's great to watch as Ben Stiller's on-screen dad in "Meet the Fockers," particularly alongside De Niro and Barbara Streisand. 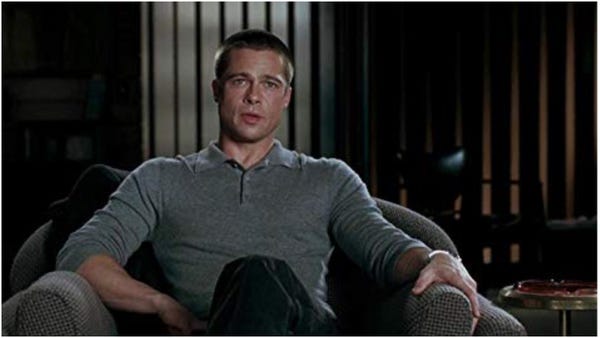 IMDB Synopsis: "A bored married couple is surprised to learn that they are both assassins hired by competing agencies to kill each other."

Brad Pitt is really a character actor in a leading man's body. His stardom and looks often take away from just how versatile he is, and he's done all sorts of films. Most of them are dramas, like "The Curious Case of Benjamin Button," "Fight Club," "Se7en," or "Once Upon a Time in Hollywood" (for which he won an Oscar), but his natural charm is pretty ideal for comedies, too. "Mr & Mrs Smith" is probably the closest he's come to an outright comedy. 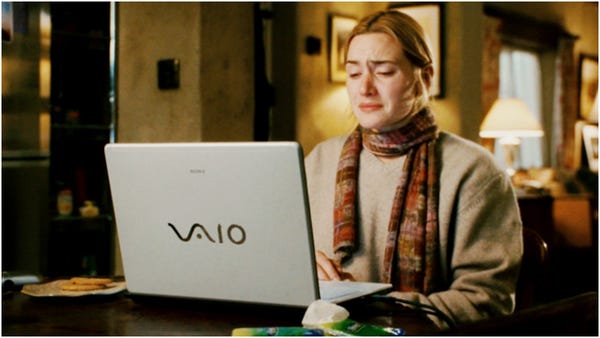 IMDB Synopsis: "Two women troubled with guy-problems swap homes in each other's countries, where they each meet a local guy and fall in love."

Kate Winslet is one of the most prominent dramatic British actresses, starring in all sorts of dramas from "Titanic" and "Little Children" to "The Reader," for which she won her Oscar.

But in "The Holiday," Winslet proves she can also have fun, too, and brings some much needed gravitas to the role of Iris, probably the most relatable character in the entire film. Her cute English charm is the perfect foil to Cameron Diaz's American humor, and Winslet and Jack Black make a great couple. 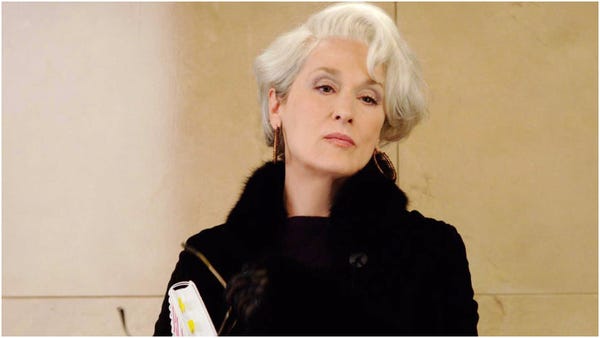 IMDB Synopsis: "A smart but sensible new graduate lands a job as an assistant to Miranda Priestly, the demanding editor-in-chief of a high fashion magazine."

Meryl Streep is arguably the most versatile actress on the planet and one of the best to have ever lived. Streep could turn anything you throw at her into a masterpiece of a performance, and is a three-time Oscar winner for "Kramer vs. Kramer," "Sophie's Choice," and "The Iron Lady."

But she has also found success in comedies, too, and earned a much-deserved Oscar nomination for her performance as Miranda Priestly in "The Devil Wears Prada." Streep took what could have been a cartoonish cliché and turned Priestly in a deeply layered, nuanced character. And a complete, quotable icon. That's all. 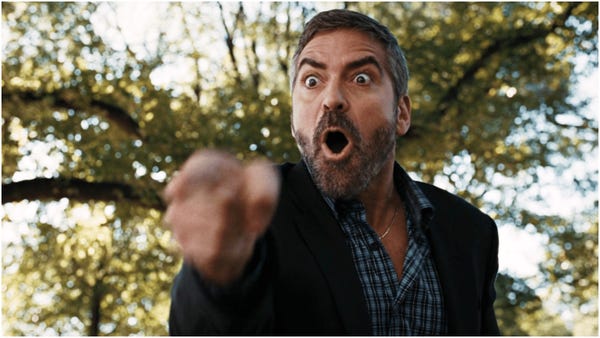 IMDB Synopsis: "A disk containing mysterious information from a CIA agent ends up in the hands of two unscrupulous and daft gym employees who attempt to sell it."

Clooney is no stranger to dramadies and light-hearted fare, having led the line in "Ocean's Eleven" and its sequels. Truthfully, Clooney is so charismatic and charming he could probably do anything. But he hasn't often done the more broad comedy found in the Coen brothers' "Burn After Reading," and he nailed the role alongside a stellar cast of Frances McDormand and Brad Pitt. 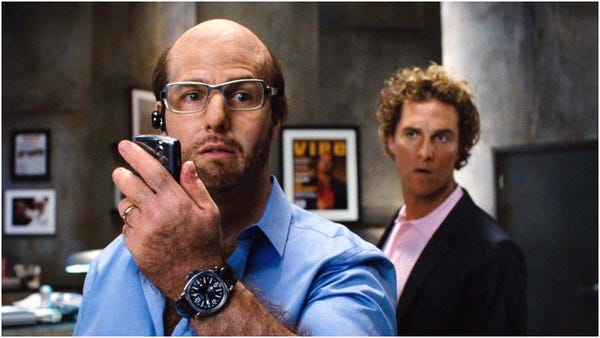 IMDB Synopsis: "Through a series of freak occurrences, a group of actors shooting a big-budget war movie are forced to become the soldiers they are portraying."

Tom Cruise is known for starring in action movie upon action movie, but he is actually a three-time Oscar-nominee for "Born on the Fourth of July," "Jerry Maguire," and "Magnolia." But it was his broadly comic role in "Tropic Thunder" were he left the biggest impression. His costar Robert Downey Jr. may have earned an Oscar nomination for his performance in the film, but Cruise is just as unrecognizable and equally funny. The final credits dance scene was Cruise's idea, too. 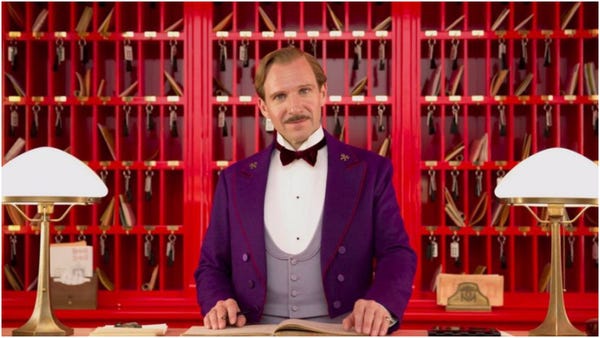 IMDB Synopsis: "The adventures of Gustave H, a legendary concierge at a famous hotel from the fictional Republic of Zubrowka between the first and second World Wars, and Zero Moustafa, the lobby boy who becomes his most trusted friend."

Ralph Fiennes was Oscar-nominated for his dramatic turns as a hero in "The English Patient" and as a Nazi villain in "Schindler's List," and he also boosted his international recognition as Lord Voldemort in the "Harry Potter" series. So, it was a change of pace for Fiennes to take on the lead role in Wes Anderson's picturesque comedy "The Grand Budapest Hotel." His line deliveries and comic timing were spot on, and he was unlucky to miss out on an Oscar nomination.