Amelia Hamlin took to Instagram to share several new pics and video clips from her impressive 20th birthday celebration, including one emotional moment with her boyfriend Scott Disick.

Amelia Hamlin had an eventful and romantic birthday with friends and her boyfriend Scott Disick, 38, this weekend! The model turned 20 on June 13 and shared eye-catching pics and videos of her celebration, which took place at the Liv nightclub in Miami, FL, to Instagram. One memorable video that stuck out was when her beau gave her a diamond cross necklace as they sat at a restaurant table in front of her massive cake and she gave him a sweet kiss for it.

The dark-haired beauty could be seen saying what appeared to be, “I’m going to cry” as the Keeping Up with the Kardashians star put the gift around her neck. She could then be seen wiping tears away from her eyes while smiling, proving she was as grateful as could be for the love.

In addition to her noteworthy moments with Scott, Amelia shared other incredible memories from the bash, including what appeared to be the restaurant staff surrounding her while presenting her with her gold and white multi-tiered cake as they held up sparklers and a sign that read, “Happy Bday Amelia.” She looked incredibly happy with the festivities as she flashed nonstop smiles while showing off her stylish sparkly crop top and matching mini skirt. 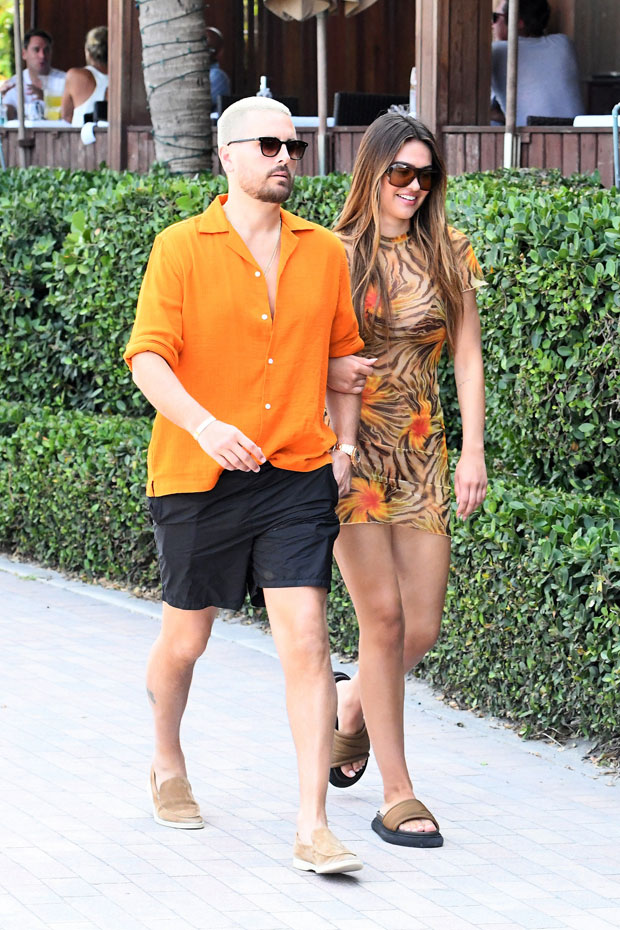 Amelia’s birthday fun with Scott and others comes just three weeks after his 38th birthday. She also gave him an impressive gift: a Harley Davidson motorcycle. Scott shared epic videos that showed him happily riding the new bike to social media and his doting girlfriend shares a cute clip of them with their arms around each other. “Birthday cutie,” she captioned it.

Scott and Amelia’s birthday love for each other seems to indicate their romance is going strong. They first went public with their relationship on Valentine’s Day and have been spotted on numerous outings with each other ever since. Whether they’re holding hands during a dinner date or posting pics and videos of jewelry honoring each other, it’s safe to say these two are enjoying every part of their connection!