Amelia Hamlin took to Instagram to share new photos of herself practicing ‘self love’ by posing in eye-catching white lingerie that was designed in London.

Amelia Hamlin, 19, is looking gorgeous in her latest sexy photos! The daughter of Lisa Rinna, 57, showed off attractive white lingerie in a new Instagram post she shared on Feb. 9 and added a confident caption to go with it. In the snapshots, she’s posing in the matching bra and panties set while sitting and laying back on couches.

Her long locks are down and she’s wearing natural-looking makeup. “easy to practice self love in my @bouxavenue designed in london….. #myboux #bouxavenue #lovemeforme,” she wrote in the caption, referring to the name of the lingerie’s designer.

Once she showed off the look, it didn’t take long for her followers to compliment her in the comments. “ohhhh hellllloooo 😍,” one follower wrote while another wrote, “You’re very beautiful.” A third called her a “gorgeous beauty” and a fourth named her the “best brunette beauty.” 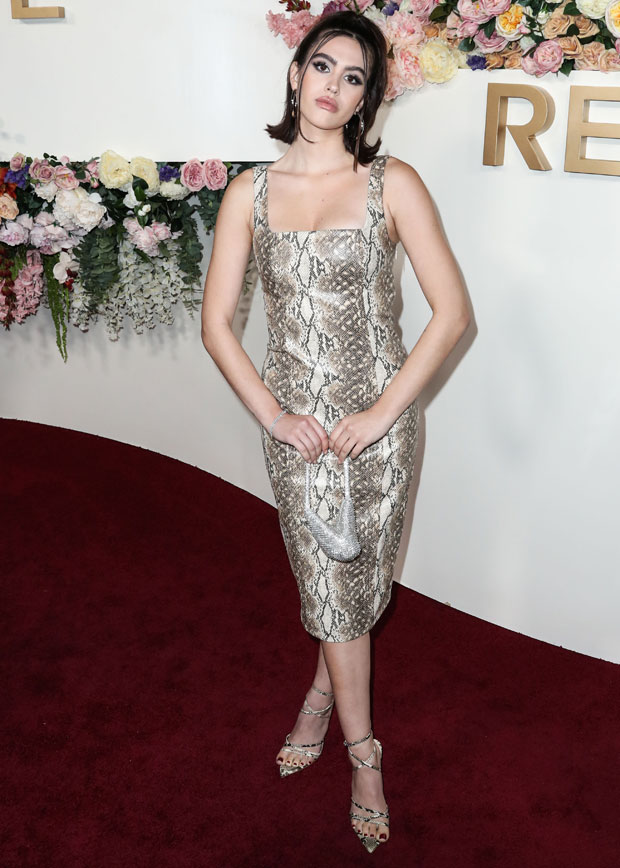 Amelia’s eye-catching lingerie pics come after she’s been making headlines for her reported relationship with Scott Disick, 37. The two stars were first spotted hanging out on Halloween 2020 and have been seen on numerous outings together since then. They even went on a vacation to Mexico over the New Year’s Eve holiday and seemed to have a fun time with a group of friends.

They were also spotted looking at mansions in L.A. in Dec., sparking rumors that they were taking the next step in their romance and moving in together, but a source told us that it was merely a business trip. “Scott invited Amelia to check out a few real estate investment properties with her,” a source told HollywoodLife EXCLUSIVELY. “This wasn’t a date or even a romantic outing, but they’re obviously still hanging out and talking.”

“Amelia has shown some interest and seemed eager to learn about investing and Scott explained why it’s such a smart way to add another stream of income to your portfolio,” the insider continued. “When she found out he was going to look at a few locations in Westwood, he asked if she wanted to tag along, and she seemed thrilled to join him.”