Ashley Tisdale and Brenda Song played polar opposites on Disney Channel’s Suite Life of Zack and Cody. Tisdale’s Maddie Fitzpatrick was a working girl at the Tipton hotel’s candy counter, and Song’s London Tipton was the heir to that hotel’s fortune. Casual. Despite their differences, the characters became best friends. Tisdale and Song fostered a similar friendship of their own while the show ran from March 2005 to September 2008, though they had a lot more in common than their characters. With 14 years behind them, fans may wonder if Ashley Tisdale and Brenda Song are still friends. Well, here’s where they stand.

In September 2008, Disney Channel launched a Suite Life spinoff, called Suite Life on Deck. Song reprised her role, but Tisdale’s character was not a part of the new cast. But fans saw Tisdale make a special cameo in January 2009. Tisdale revealed how emotional it was for her to reunite with her former cast mates at the time in a now-deleted behind-the-scenes featurette, according to a Jan. 10, 2009, Just Jared report.

“I was really nervous when I saw the script. I thought, ‘Oh my gosh, I get to be Maddie again.’ … I missed everybody so much that I was really glad to be back," she said, before Song added, “I ran first to get my hug because I was like, ‘I’m most important,’ so I deserve my hug first.”

Clearly, the co-stars missed each other. They reunited again, three months later at the 2009 Kid’s Choice Awards, giving each other a huge hug on the orange carpet. 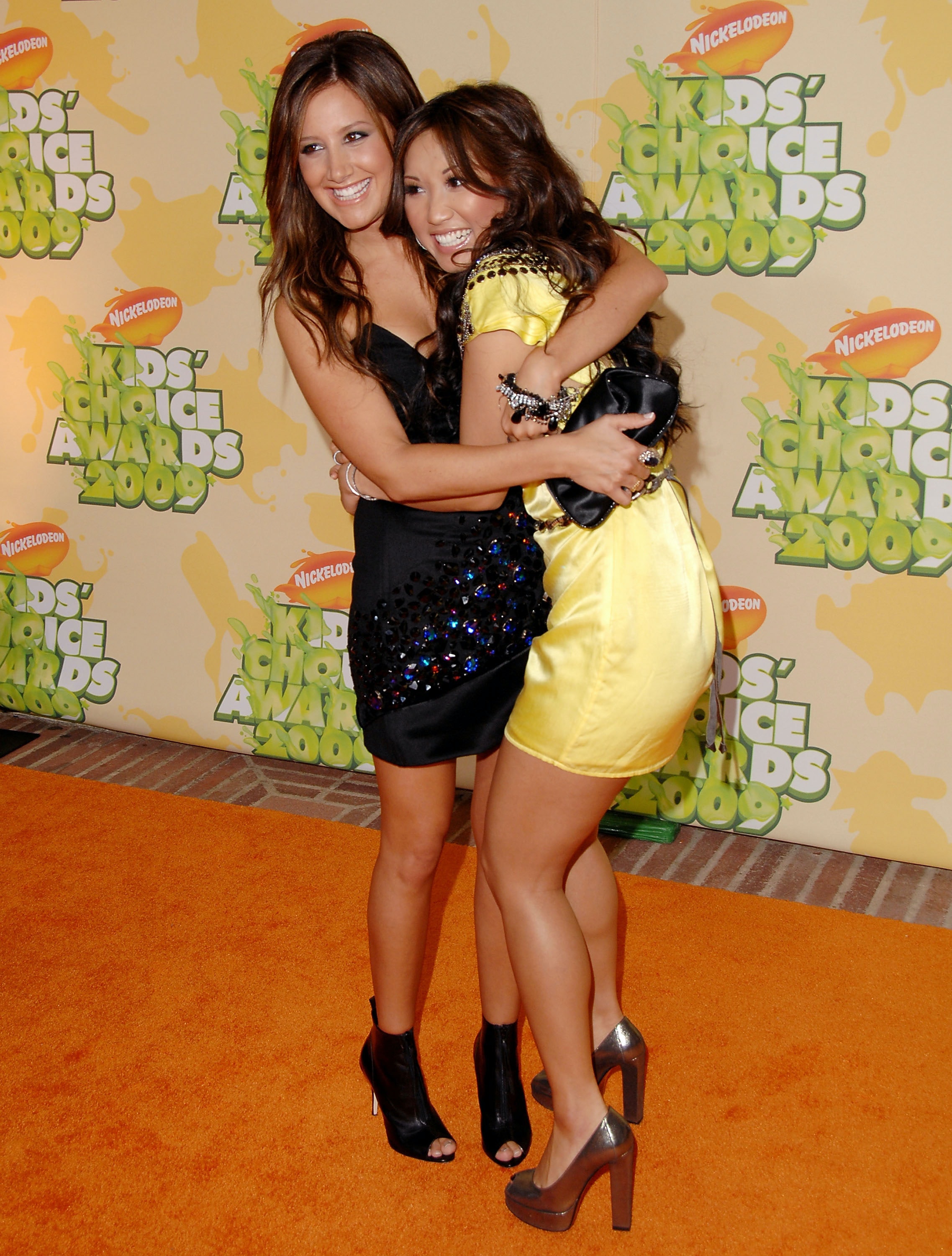 Tisdale and Song haven’t been pictured together publicly since then, but they are both very busy ladies. Tisdale went on to voice the character Candace Flynn in Phineas and Ferb until 2015, while simultaneously shooting other projects like, 2013’s Scary Movie. Song co-starred in 2010’s The Social Network and made guest appearances on TV shows like New Girl, Superstore, and Scandal, over the years. As of 2020, she co-stars in Hulu’s Dollface.

In November 2019, Song spoke with W Magazine about her new role and her relationship with her former Suite Life cast members, revealing she and Tisdale are still in touch. "Ashley [Tisdale] lives like 10 minutes from me, and I see her maybe once a year," she said.

Busy schedules can make it hard for friends to see each other often, but it looks like however busy Tisdale and Song become, they make some time to see each other, even if it is just once a year.