Beyonce, 39, proved she can still turn heads with her amazing beauty in two new Instagram pics for her Ivy Park active wear brand. The singer is showing off a brown latex bodysuit from the brand’s new Icy Park collection in the pics and has long straight locks that are curled at the ends and have a part in the middle. She also has on white sneakers and is laying forward while on top of what appears to be white mattress material wrapped in plastic.

In one pic, the talented artist has her hands stretch out behind her and is looking at the camera with a fierce look. In the second, she’s resting one hand over her cheek as she leans forward with her other arm placed in front of her. “ICY PARK 🧊 FEB 19 adidas.com FEB 20 select stores globally #adidasxIVYPARK #IVYPARK,” the caption for both pics read. 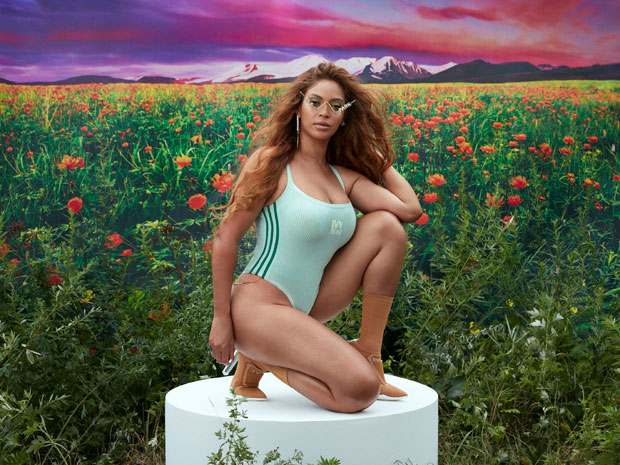 Beyonce’s fans quickly took to the comments section to respond to the epic snapshots and they had nothing but nice things to say. “You’re LITERALLY aging backwards 😍😍😭,” one fan wrote while another admitted, “The face is giving me Destiny’s Child era 😍😍😍.” A third said, “it’s the body for me” and a fourth joked that her beauty is “going to break the internet.”

This isn’t the first time Bey wowed us with promo shots. The stunner is often sharing pics from her popular and stylish line and always manages to look incredible. On Jan. 30, she appeared in an Instagram pic on the official Ivy Park account. It showed her posing in front of a fur-lined pink jeep while wearing a long-sleeved pink crop top and matching form-fitting pants. 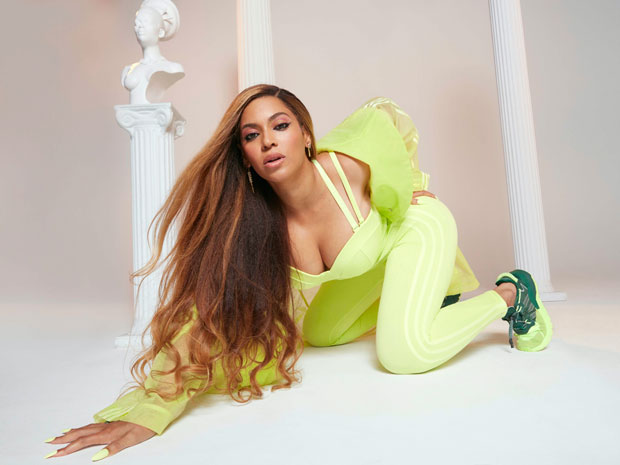 She added even more style with pink heeled boots on her feet and pointy silver sunglasses. Her hair was also curled and down with some middle strands pulled up into a flowing ponytail.

In addition to Beyonce, many other celebs have been photographed wearing Ivy Park items, including Hailey Baldwin, Gucci Mane, and Kaash Page.