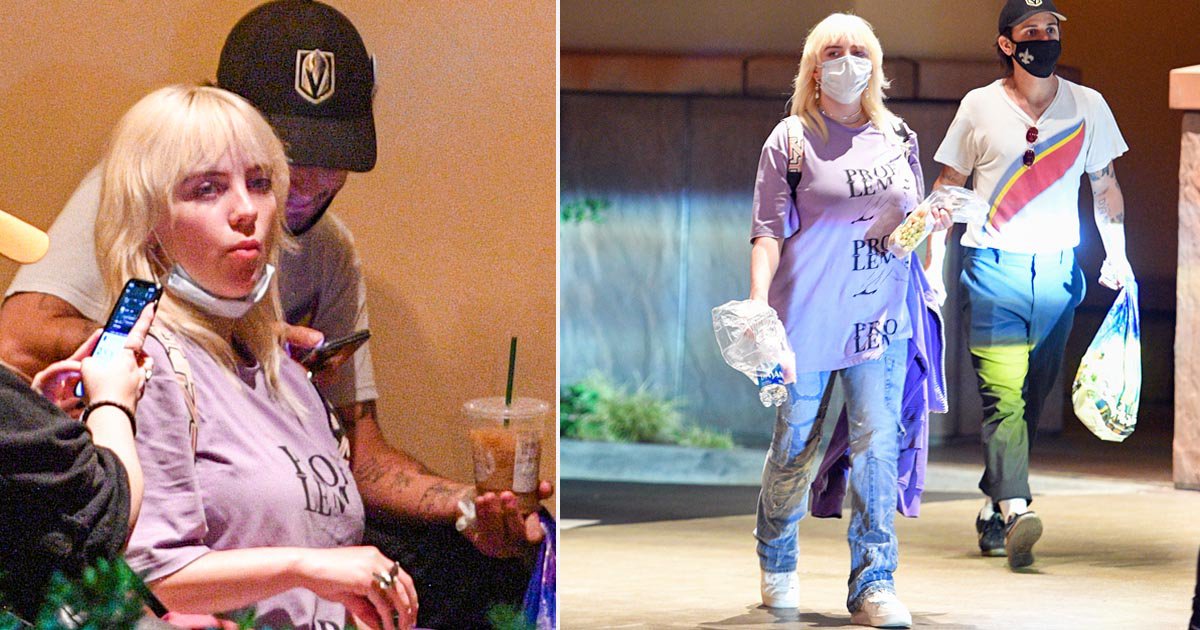 Billie Eilish and her boyfriend Matthew Vorce have been spotted on a cute Disneyland date together this week.

The Bad Guy singer, 19, and the 29-year-old actor both masked up as they enjoyed a VIP trip to Disneyland in California, coming prepared with handfuls of snacks and drinks.

Billie wore trainers, jeans and a purple baggy T-shirt with the word ‘problem’ repeated across the front while Matthew wore tailored trousers which finished above his ankles to show off his white socks.

The couple have been spotted hanging out together several times lately, with rumours circulating that Matthew is the ‘secret boyfriend’ Billie mentioned in her 2021 Apple TV+ documentary Billie Eilish: The World’s a Little Blurry.

Billie has so far kept her romantic relationships out of the spotlight as much as possible but has enjoyed several public outings with Matthew of late.

Matthew is an actor living and working in Los Angeles, where Billie is also from, and his credits include films like Little Monsters and Mother, May I Sleep With Danger?.

Rumours of their relationship began when they were spotted together in April in Santa Barbara, California, where Billie was seen resting her head on Matthew’s shoulder.

Prior to Matthew, Billie had dated Brandon Adams, who is also known as Q, and is a rapper.

She said of their break-up in her documentary: ‘I just wasn’t happy. And I didn’t want the same things he wanted and I don’t think that’s fair, for him.

‘I don’t think you should be in a relationship, super excited about certain things that the other person couldn’t care less about.’

She continued: ‘And there was just a lack of effort, I think. I literally was just like, “Dude, you don’t even have enough love to love yourself, you can’t love me. And you don’t. Like, you think you do.”’