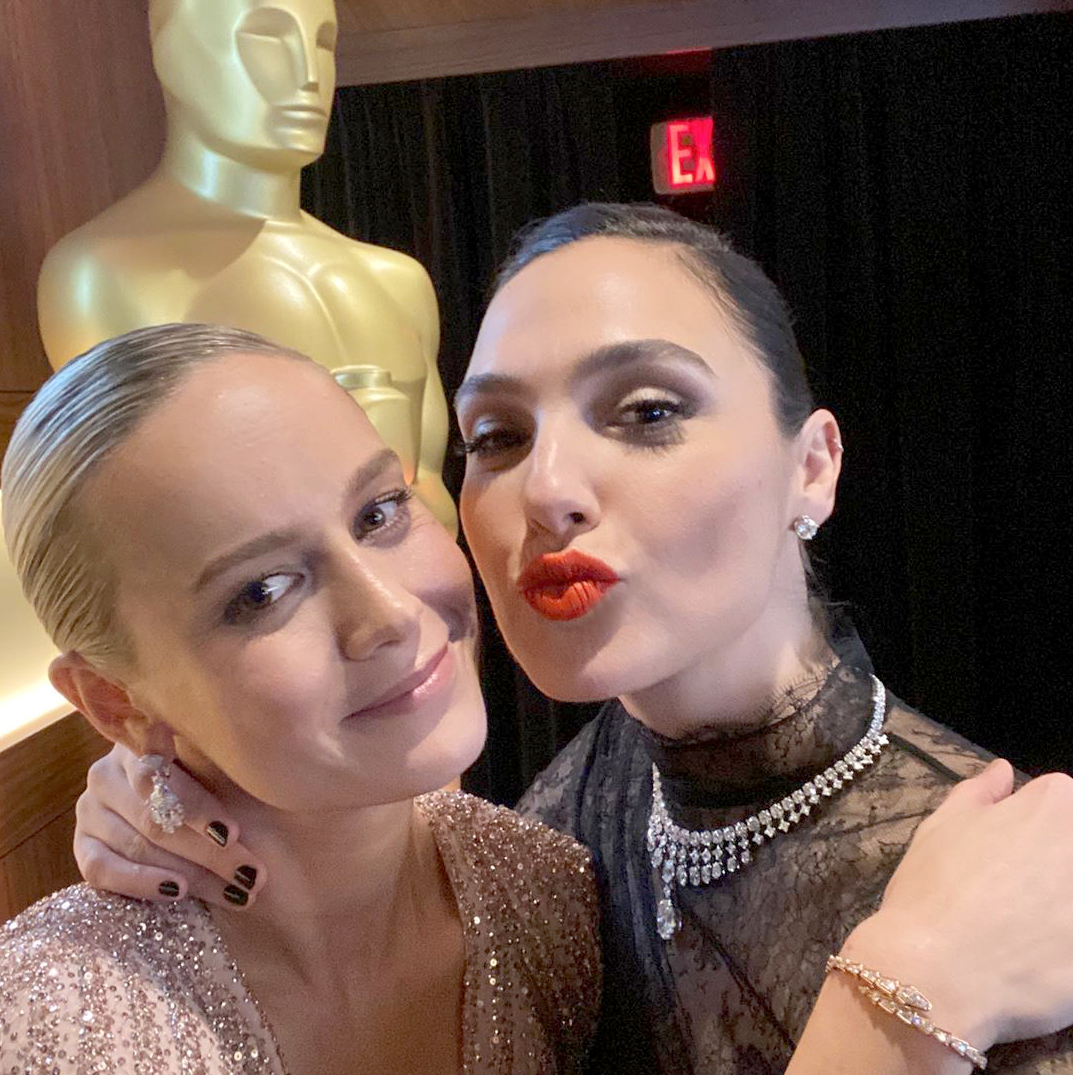 Cinematic universes colliding! Brie Larson and Gal Gadot posed for a goofy photo together at the 2020 Oscars, with Gadot posting the pic to Instagram on Thursday, February 27.

“Make love, not war,” the Israeli actress, 34, wrote, captioning a photo of Larson, 30, with her hands around Gadot’s neck in a mock-chokehold at the awards show. In another pic Gadot posted, she puckers up as she and a smiling Larson pose for a selfie cheek to cheek.

The Instagram post has already gotten more than 1.9 million likes, as well as raves from commenters like Natalie Portman, who wrote, “LEGENDS.” (Portman is no stranger to Marvel films, having starred in 2011’s Thor and 2013’s Thor: The Dark World. Last year, she revealed she’d be returning to the MCU as Jane Foster in the fourth Thor film, subtitled Love and Thunder.)

Larson reposted the same two photos on her account on Thursday, and her post has gotten more than 1 million likes.

Gadot, meanwhile, plays Diana Prince a.k.a. Wonder Woman in the DC Extended Universe. She made her debut in the role in 2016’s Batman v Superman: Dawn of Justice before starring in the standalone Wonder Woman in 2017, then reprising the part in that year’s Justice League. Wonder Woman grossed $821 million worldwide, and the sequel, Wonder Woman 1984, is slated for release this June with Patty Jenkins returning as director.