The following article includes references to suicide and self-harm.

Chrissy Teigen is continuing to recover from the bullying scandal that sent shockwaves around Hollywood. As fans will recall, the model came under fire for resurfaced tweets, where she had some not-so-kind words to say to fellow celebs. In one of the instances in 2011, Teigen went off on Courtney Stodden. “My Friday fantasy: you. dirt nap. Mmmmmm baby,” she wrote to Stodden, who was only a teenager at the time (via BuzzFeed). She also sent another random tweet to Stodden in 2012, asking them about drugs: “What drug makes you do that with your mouth? Asking for a friend who really wants to know how to look like an idiot.”

On Instagram, Stodden addressed the drama while including a screenshot of Teigen blocking her from Twitter. “I accept her apology and forgive her. But the truth remains the same, I have never heard from her or her camp in private. In fact, she blocked me on Twitter,” they wrote. Stodden added that they wanted to forgive Teigen, but felt the apology was more for Teigen to save herself from public scrutiny.

In another set of tweets, Teigen went after Lindsay Lohan. This time, the Daily Mail shared the screenshot, which was dated in January 2011. “Lindsay adds a few more slits to her wrists when she sees emma stone,” Teigen wrote at the time. Since then, she’s lost plenty of partnerships and respect. Keep scrolling to find out how Teigen is feeling.

Chrissy Teigen is reportedly faring well amid the drama 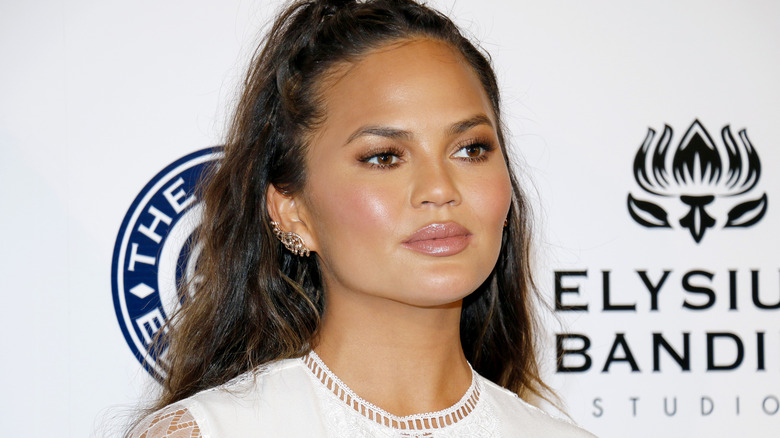 Following the backlash, Chrissy Teigen has been laying low and avoiding the spotlight. But toward the end of June, the outspoken star has been re-emerging into the public eye slowly but surely. In an encounter with the paparazzi, a cameraman asked Teigen how she was doing amid the controversy. “I’m good,” she told a cameraman for TMZ. The outlet also asked Teigen about a potential interview with Oprah. “I have no idea about the Oprah interview,” she shared. In addition, the cameraman asked how her husband, John Legend, has been through the whole process. “Oh my God, he’s been everything,” she revealed. “He’s my everything.”

Since the backlash, Teigen has also issued a public apology for her actions. “Not a lot of people are lucky enough to be held accountable for all their past bulls**t in front of the entire world. I’m mortified and sad at who I used to be. I was an insecure, attention seeking troll. I am ashamed and completely embarrassed at my behavior but that…,” she tweeted. “Is nothing compared to how I made Courtney feel. I have worked so hard to give you guys joy and be beloved and the feeling of letting you down is nearly unbearable, truly. These were not my only mistakes and surely won’t be my last as hard as I try but god I will try!!”

Teigen shared a few other tweets, saying that she tried to connect with Stodden to apologize, but she also wanted to do so publicly.

If you or someone you know is struggling with mental health, please contact the Crisis Text Line by texting HOME to 741741, call the National Alliance on Mental Illness helpline at 1-800-950-NAMI (6264), or visit the National Institute of Mental Health website.