Skip to content
HomeCelebritiesCourteney Cox on Friends: we’ll get together for the first time to talk about the show 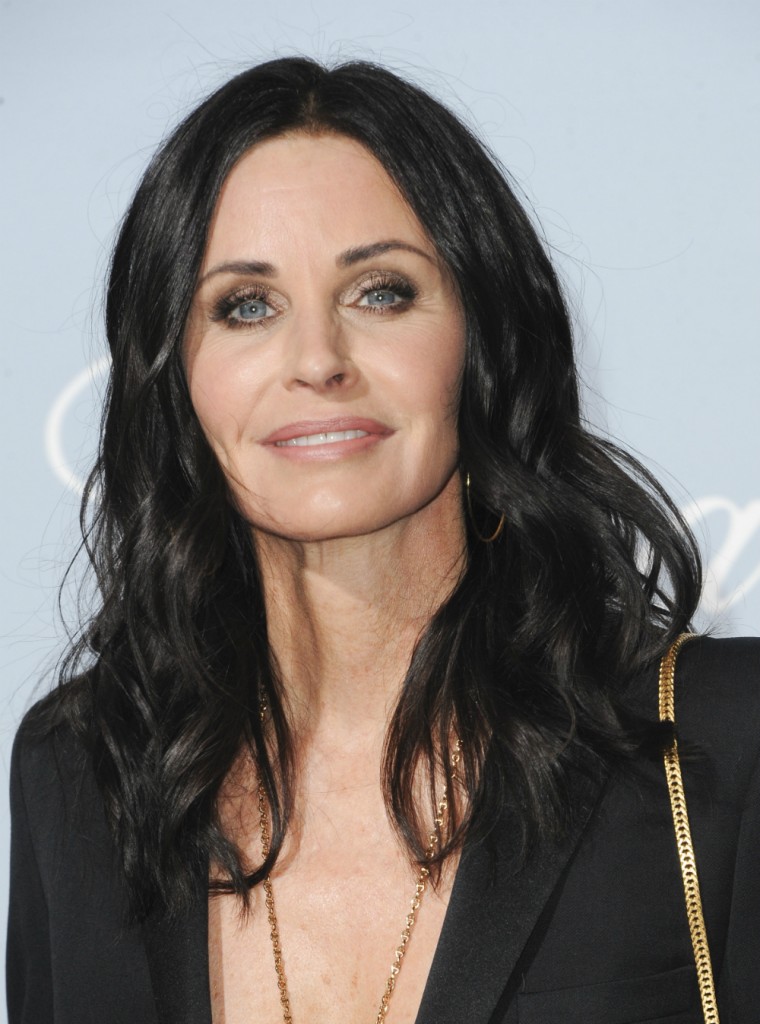 The cast of Friends has finally reached a deal to put together some sort of reunion show. Honestly, if there has to be a Friends anything, I would rather a reunion than a reboot or movie. Look, I loved the show and still watch the occasional rerun, but I don’t need that corpse reanimated. It ended, let it be. Truth be told, I’ll watch the reunion because I’m a Friends sycophant. I was worried, though, because the cast was asked so often about it, their answers started to sound like maybe there was some discord among them Fortunately, Courteney Cox assures us that’s not the case, and that they could not be more excited about the HBO special (it’s okay if you read that in a Chandler Bing voice, btw).

Courteney Cox is just as excited as the rest of us about the upcoming Friends reunion.

The actress often known as Monica Geller recently went hiking with Kevin Nealon for his webseries, Hiking with Kevin, and opened up about how rare it is to get the cast all together in a clip exclusive to E! News. Nealon asked about her ideal Friends reunion, and not only is it not one in front of a whole bunch of cameras, but it’s also one that recently happened.

“The ideal for me—and we just actually recently did this, and it took forever. I don’t know how many years it was, maybe 15 years—and we finally all got together and had dinner,” Cox said. “And when we get together, which is never—it only happened…it just doesn’t happen very often, like twice since we ended the show—it’s just the most fun. We laugh so hard.”

“So the exciting thing is that we’re all going to get together for the first time, in a room, and actually talk about the show, and it’s going to be on HBO Max, and I’m so excited. We’re going to have the best time. It’s going to be great,” she said. “But we really haven’t all done that and actually sat there and talked about and reminisced about this incredible experience that we had. It’s gonna be fantastic.”

To clarify, Courteney is talking about the first time they have publicly gotten together to reflect on the show and what being on it was like since the show’s end. During their final season, the cast did a Bloopers/Behind the Scenes thing with Conan O’Brien, but the show had not ended yet. And in 2016, the cast, save for Matthew Perry, presented the Friends segment at the James Burrows tribute, where they reflected some, but just a few minutes. As I said, I’m happy this is the format they settled on. I think it will be interesting to hear their perspective now that so much time has passed. They’ve all come full circle from resenting only being acknowledged for their Friends character to embracing that role once again. The cast has found success outside the show, to varying degrees. So this really does sound like they want to come together out of a place of love for the show and not out of some corporate money-grab taking advantage of the current Friends-frenzy popularity. Don’t get me wrong, it’s definitely a money grab for everyone involved, but at least it’s a happy money grab.

Here is the clip of Courteney and Kevin Nealon. The part about the reunion happens at the 1:06 mark. She really does seem excited.

Guess who I had lunch with today….I KNOW!! Could I BE any happier? #realfriends

Guess who I had lunch with today….I KNOW!! Could I BE any happier? #realfriends

A rare night and I love it.

A rare night and I love it.