Can the Kardashian-Jenners stay relevant now that they’re getting older? Many fans agree that interest in the family has already peaked and they might not have much left to offer on their reality show. With every family member embarking on other business ventures, they’ve diversified enough that they don’t need to depend on the TV show. And even though they’re all social media influencers, some fans think that the Kardashian-Jenners might struggle to hold on to relevancy — unless they start adding their kids into the mix more. 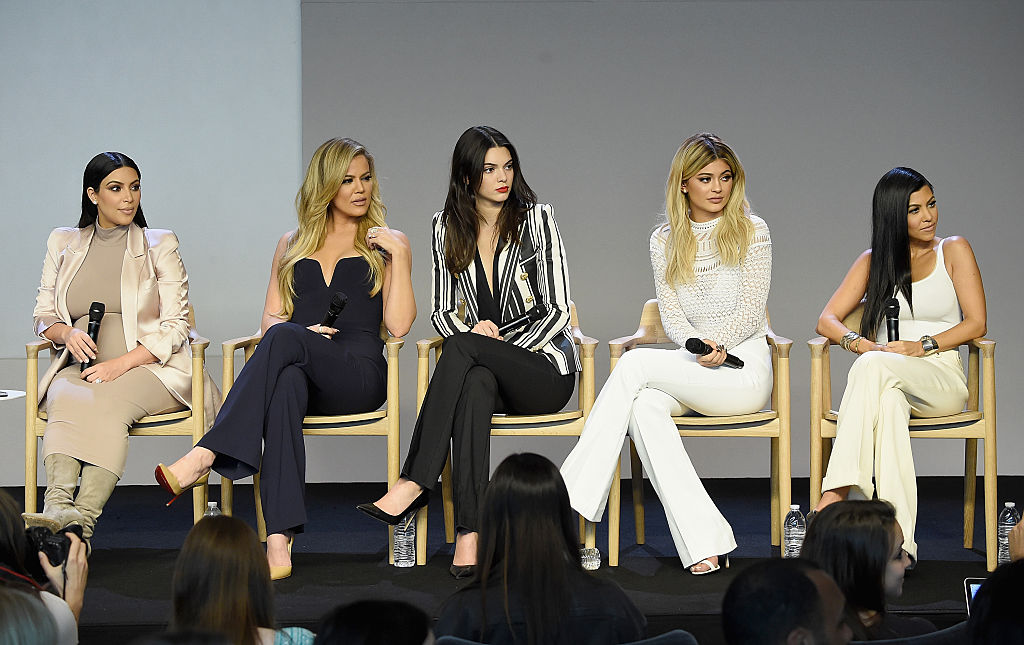 Have people lost interest in the Kardashian-Jenners?

Fans are still tuning in to Keeping Up With the Kardashians and following their every move on Instagram, but there are many who agree that interest in the family might fizzle eventually.

When one fan asked on Reddit, “Do you think that they will remain relevant this decade?,” there was some agreement that it might get progressively harder for the Kardashian-Jenners to keep people interested in their brands.

“I believe they will still be relevant and well known butless in the spotlight,” one Redditor shared, adding, “The show however I can’timagine them doing it for another decade.”

I can’t wait until we can have conversations. My best friend!

Will their careers change?

The Redditor also had a full idea of some of the career avenues each of the sisters might explore. “Kim is trying to set up her future right now, we can see her making major changes in her life. I imagine her launching more products or even another brand and I think she‘ll go more into the producing role with other tv shows. I can see her being a part of more docuseries and her founding some sort of organization for justice reform,” they noted.

For Khloe, they anticipate her being on a show like The View or Fashion Police or even hosting a radio show and producing shows. They don’t think she’ll launch another brand, however. The Redditor also predicted that, since Kourtney wanted off the show, she might not be in the spotlight much except for her work on her lifestyle site Poosh. They added that “she‘ll probably do things like flipping houses but I just can‘t imagine her seeking attention from the public. She seems to be over being famous.”

Kendall, according to the Redditor, will continue modelingand “might launch a clothing brand herself” and possibly could pursuephotography or acting.

“Kylie will ride the wave of being an influencer until theend,” the Redditor noted. “She might do more on her YouTube channel but I can‘tsee her launching another brand. I think there will be an overhaul of KylieCosmetics and they will try make it more high end and less focused on herimage. That way the brand won‘t have to rely as much on her popularity anymoreand can stand for itself.”

Can the kids keep them relevant?

Many fans agreed that the Kardashian-Jenner sisters just aren’t as relevant anymore, given their ages. “I can see Kylie and Kendall staying relevant because of age,” one Redditor wrote, but explained that the older Kardashian sisters might not be as relatable. “Teenagers who will decide what future trends should be are more interested in influencers close to their age… not a 40 year old,” they wrote.

Other Reddit users agreed and some thought that bringing the kids into the mix might be the solution. One Redditor commented, “Their kids… the next generation” and another said that for Kim, Khloe, and Kylie specifically, “posting their kids on social media” could keep the momentum going.

Another Reddit user offered, This might be unethical of me but I do hope to see a spinoff with the kids IF (big if, don’t attack me) that is what they want. I would never want children to be forced into the limelight if they do not choose that life, but the selfish part of me is definitely SO curious on how they will grow up.”