Gal Gadot’s casting as Cleopatra in an upcoming biopic has ignited a debate about whitewashing and ancient history.

The actress announced on Sunday that she’s re-teaming with “Wonder Woman” director Patty Jenkins for a biopic about the life of the famous Queen of Egypt. In her announcement, she noted that she’s specifically excited to “tell her story for the first time through women’s eyes, both behind and in front of the camera.”

The actress, who is Israeli, almost immediately caught backlash from some people on social media who believe the role should have gone to a Black actress given the ethnicity of the film’s subject. However, that prompted many to come to Gadot’s defense, noting that, although she was an Egyptian ruler, historians typically identify Cleopatra as being of Greek ancestry — making her skin color uncertain.

That uncertainty is playing out in 2020 on Twitter as people rushed to claim that Gadot and Jenkins are whitewashing a role that should go to a person of color while others believe that Gadot’s ethnic background makes her well-suited for the part. 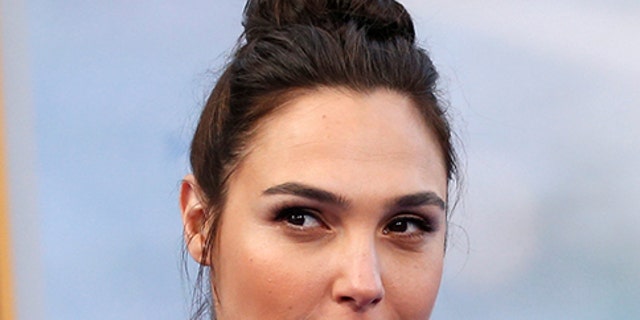 Gal Gadot has been accused of whitewashing with her new role as Cleopatra.
(REUTERS/Mario Anzuoni – RTX37OIR)

"Historically, Cleopatra would've been black. I feel like if you have respect for this role you should step down," one user wrote to Gadot.

"Yup,… ANOTHER WHITE WASHED Movie Filmed in Africa w/ ALL WHITE CASTS.  The darker skinned as the underlings.  CLEOPATRA WAS “BLACK”‼️.  Didn’t we get enough of Hwood WHITE WASHING MOVIES?  Tom Cruise, the LAST samurai,Prince of Persia, Gods of Egypt, all thru WHITE washed EYES," another outraged user wrote.

"Let's see how you cast the rest of the characters. Play Cleopatra, Ms. Gadot. Best of luck to you. But I sincerely hope you challenge the writers/cast to accurately (based on more than just a Eurocenteic sense) depict what Egypt was at it's heart – African #sphinxerosiontheory," another user wrote.

"Not only did they white-wash Cleopatra , they got an israeli actress to portray her. Flush it down the toilet," a more blunt user noted.

Meanwhile, other outspoken people came to Gadot's defense by noting the historical context of Cleopatra's ethnicity and calling for critics to give Gadot a chance.

"hell i hate gal gadot too but y’all do realize cleopatra wasn’t ethnically egyptian….. she was from macedonian greece and just because she was the pharaoh of ancient egypt doesn’t mean she has egyptian ancestry," someone wrote.

"I'm going to say this once and I'm not going to say it again, Cleopatra was Greek. Yes, she was in Egyptian ruler but she was Greek with Persian and Syrian ancestry. The people who are reacting negatively that to this are uneducated and uninformed. Gal Gadot deserves this role," one frustrated user noted.

"Cleopatra was born in Egypt, but her parents were from Greece. Its like an American playing an Italian," another user wrote.

"A bunch of postcolonials getting mad that a black actress isn't playing Cleopatra – a Greek member of a foreign colonialist occupation dynasty," someone else added.

However, Gadot clearly found the moment to be more about female empowerment than a race issue. She followed up her announcement tweet by noting that it was International Day of the Girl.

"And we are especially thrilled to be announcing this on #InternationalDayoftheGirl We hope women and girls all around the world, who aspire to tell stories will never give up on their dreams and will make their voices heard, by and for other women," she wrote.

Young influencers get billions of views peddling junk food to kids, study says
This website uses cookies to improve your user experience and to provide you with advertisements that are relevant to your interests. By continuing to browse the site you are agreeing to our use of cookies.Ok