Have Gwen Stefani and Blake Shelton secretly tied the knot?

Some fans seem to think so, after the lovebirds were spotted out and about in Santa Monica, California, over the weekend. In a series of new paparazzi pics, Stefani appears to be rocking a sparkly wedding band next to her engagement ring, sparking rumors that she and Shelton have already said “I do.”

Stefani and Shelton wore matching navy shirts and denim jeans for the outing, both topping off their looks with hats. But the accessory that received the most attention was the diamond-encrusted band Stefani was sporting: 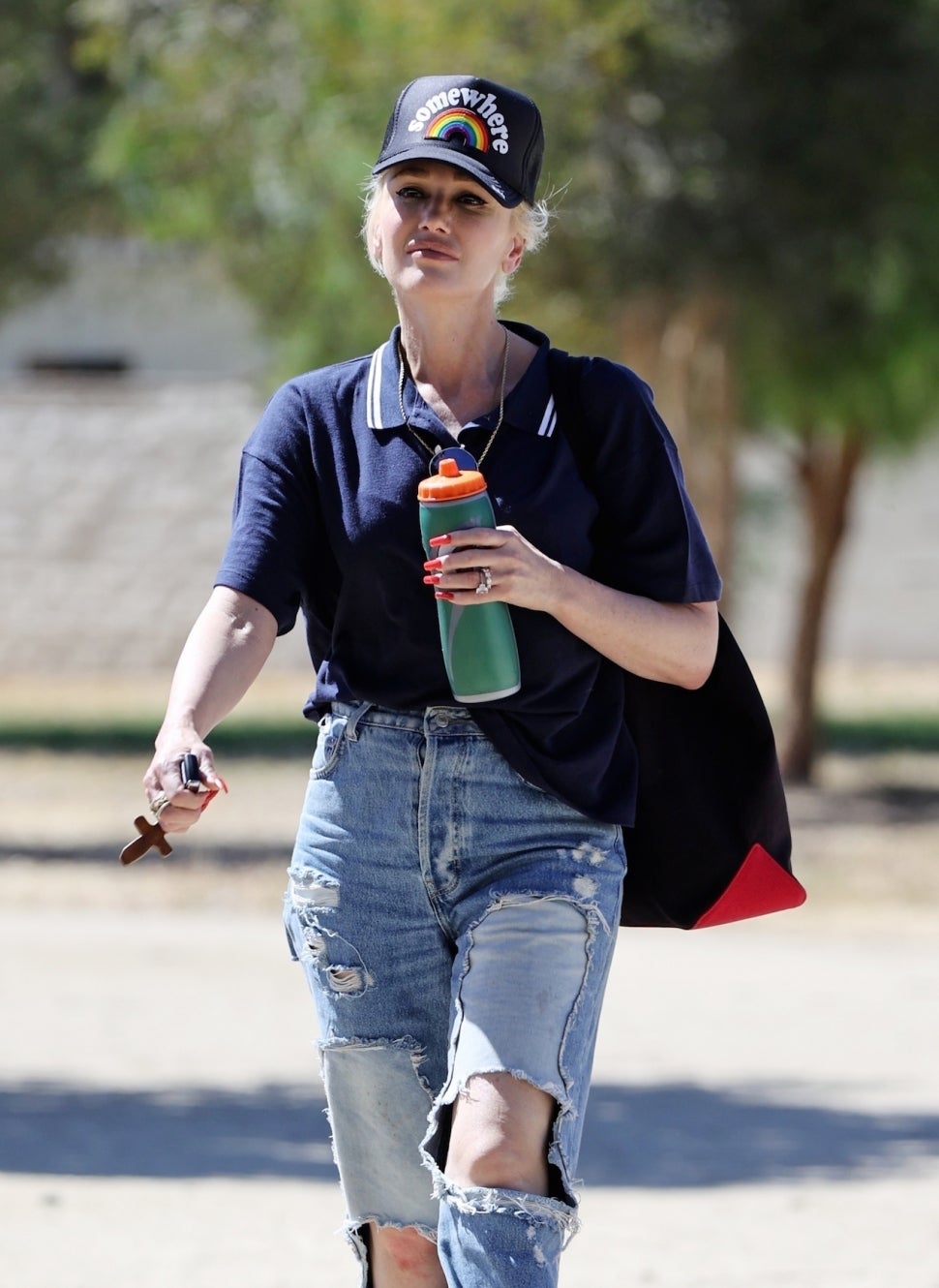 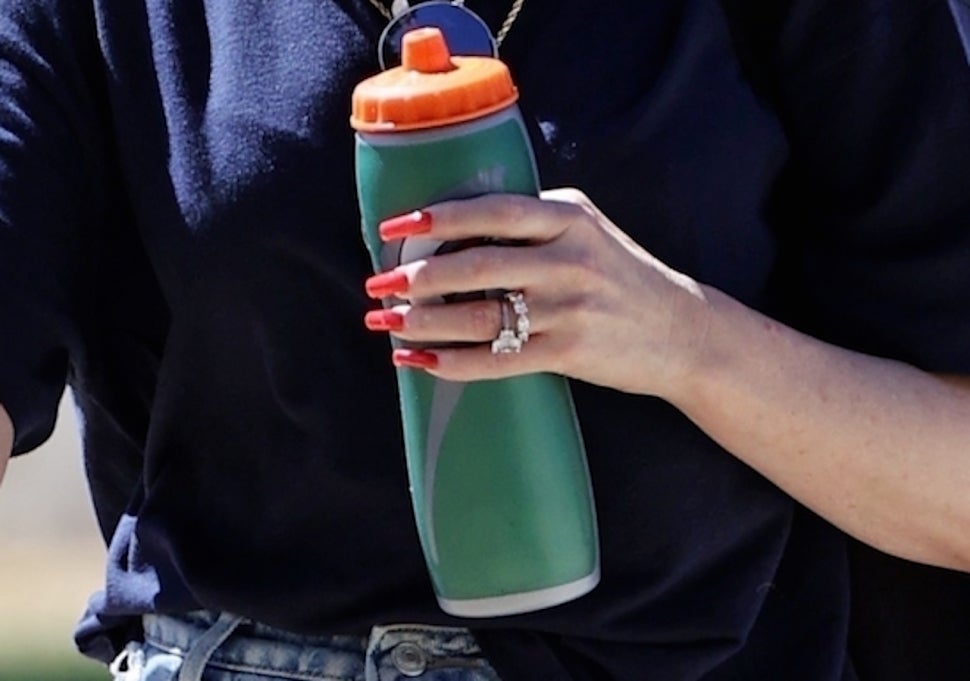 According to Page Six, the lovebirds had just gotten back from Oklahoma, where Shelton owns a sprawling ranch. Shelton built a chapel on the grounds of the ranch, a source tells the outlet, that the couple planned to use for their nuptials.

ET has reached out to reps for Stefani and Shelton, who could not confirm or deny reports that they are married. 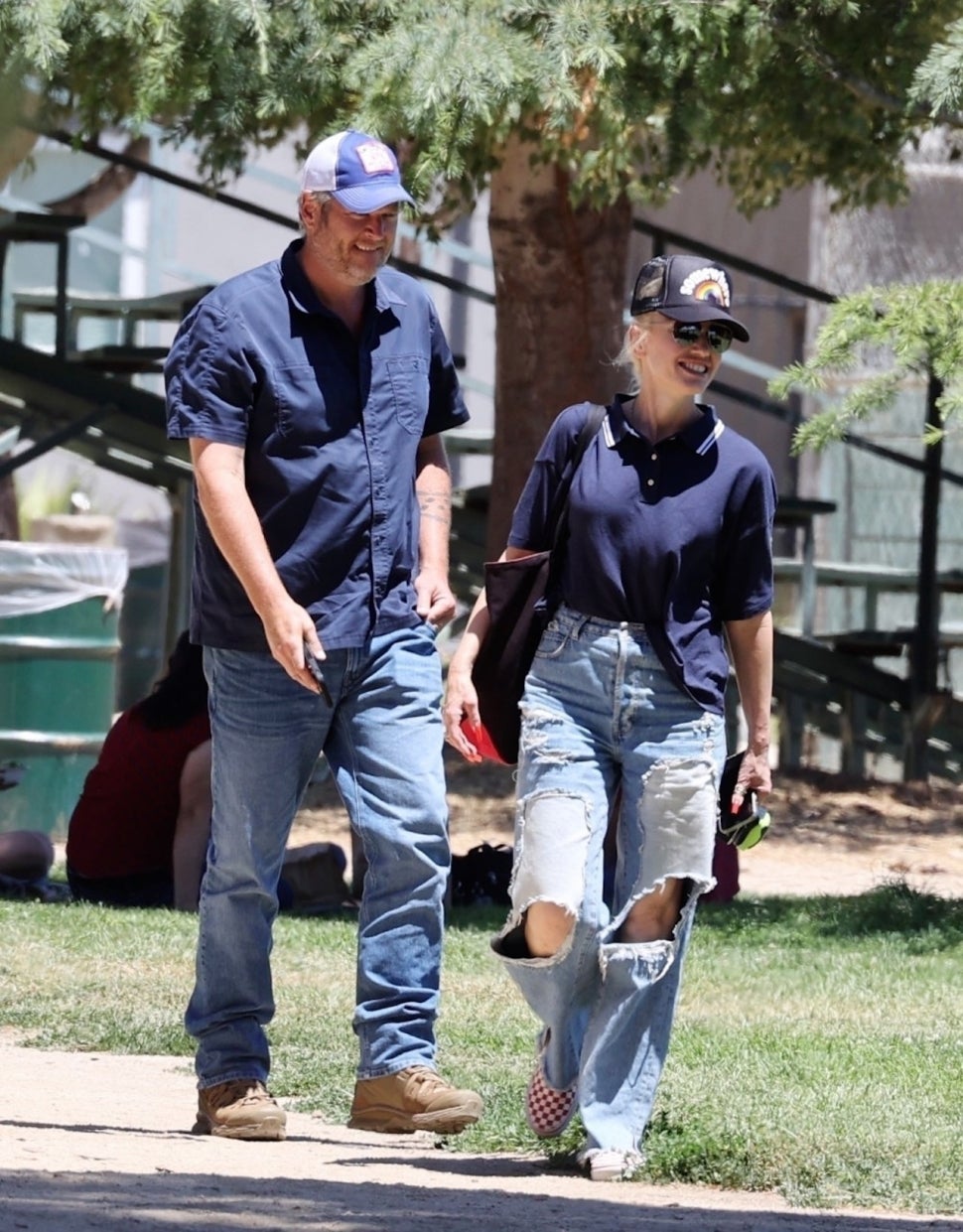 The new pics were taken just two days after Stefani shared via Instagram Stories that her family “kidnapped” her for an intimate bridal party. “To celebrate that I’m getting married!” she exclaimed in a video.

Stefani also posted a photo of herself to her feed, which showed her drinking wine and holding a present with the words “SHE’S GETTING MARRIIIEEEED” typed out at top.

Stefani revealed back in April that she and Shelton were planning to keep their nuptials low-key.

“We’re keeping it very simple. Really simple,” she said during her appearance on Late Night With Seth Meyers. “I think the guest list will not have a lot of musicians. It’ll be like my mom and my dad. It’s literally going to be just family. We are looking forward to that, though.”

“It’s going to be fun. We’re going to make it really fun, but it’s not going to be a big [event],” she continued. “It’s not like the queen and king are getting married or something like that.”

Hear more in the video below.