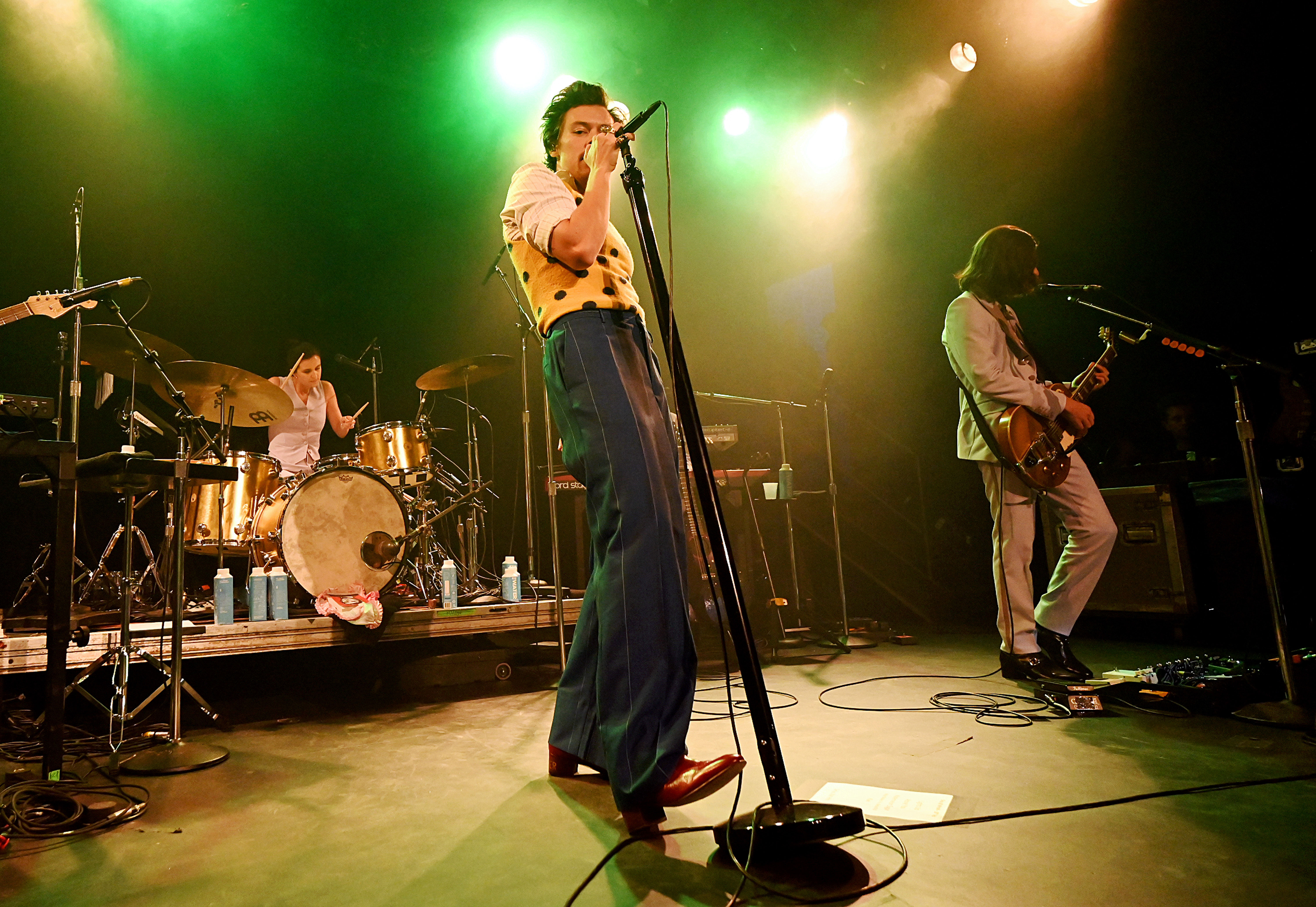 Harry Styles is gearing up to embark on a massive arena tour beginning this spring, but in the meantime he’s warming up in small venues.

Dressed in a yellow polka-dot sweater vest, a white button-down shirt and blue slacks, the singer, 26, performed a secret concert at Music Hall of Williamsburg in Brooklyn on Friday, February 28, for a few hundred lucky fans and industry insiders.

The SiriusXM and Pandora event started promptly at 7 p.m. with Hits 1’s The Morning Mash Up cohosts Ryan Sampson, Nicole Ryan and Stanley T interviewing Styles on stage about his “Adore You” and “Falling” music videos, that viral Wawa visit, his friendship with Lizzo and, of course, his latest album, Fine Line.

“Even the songs that I would consider to be the sadder ones on the record, there’s some optimism in them and there’s a little bit of joy that they border on uplifting at times. That was important to me,” he said while discussing the creation of the critically acclaimed album, which dropped in December 2019. “When you write a song and it’s so personal, you try and be as honest as you can, and that’s like a very vulnerable thing. And to do that and kind of share that personal moment in a room with thousands of people is, I think, pretty powerful.”

Sometimes I take for granted the awesome opportunities that come with my job. Being invited to a secret concert with one of my favorite artists was certainly a Friday night well spent. #HarryStyles #HarryOnHits1

After the 20-minute chat, Styles launched into an energetic five-song set. He opened with Fine Line’s lead single, “Lights Up,” before taking on “Adore You” and “Watermelon Sugar.” The audience went particularly wild when Styles performed a rocking rendition of his former boy band One Direction’s megahit “What Makes You Beautiful.” He then closed out the evening with the fan favorite “Kiwi” from his 2017 self-titled album. 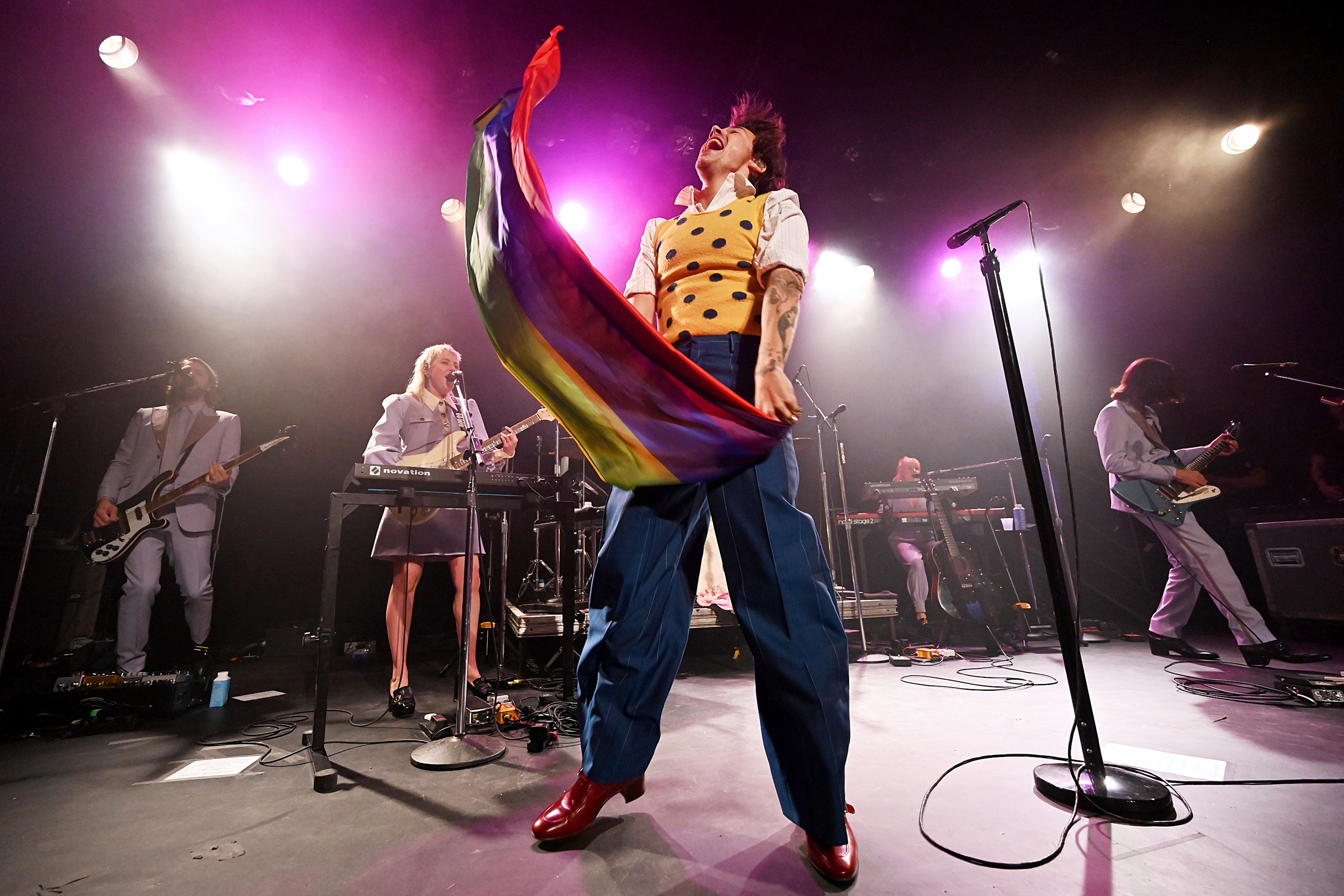 “I’ve seen a couple of you dancing so far,” he said to the crowd as his band eased into the final number. “You have four minutes, I need you to give me everything you’ve got.”

And that they did — and that he did.