Skip to content
HomeCelebritiesHeres How Much Old Dominion Is Worth 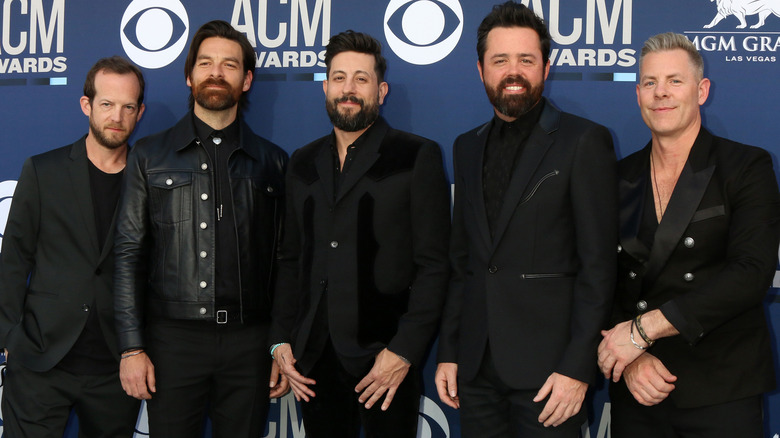 Country group Old Dominion is one of the coolest bands to come out of Nashville. The group is comprised of Virginians Matt Ramsey, Whit Sellers, Brad Tursi, Geoff Sprung, and Detroit’s Trevor Rosen. The five-piece formed after enjoying much success as songwriters for top country artists. Tursi and Ramsey co-wrote Kenny Chesney’s “Save It For a Rainy Day” while, Rosen and Ramsey wrote Craig Morgan’s “Wake Up Lovin’ You” (via Song Facts). Once Old Dominion came together to write their own material, they realized that their initial hopes of writing traditional country tracks didn’t suit them.

Rosen told Billboard, “We said, ‘We’re not getting hits anyway. Let’s not even care remotely about whether our songs sound country or whatever. Let’s just do what we do.” At that point, the band really started to take off. Their debut album “Meat and Candy” peaked at No. 3 on the Billboard Top Country Albums chart and their second studio album “Happy Endings” reached the No. 1 spot. The group’s massive success on the charts and enviable critical acclaim has helped earn its members high valuations. 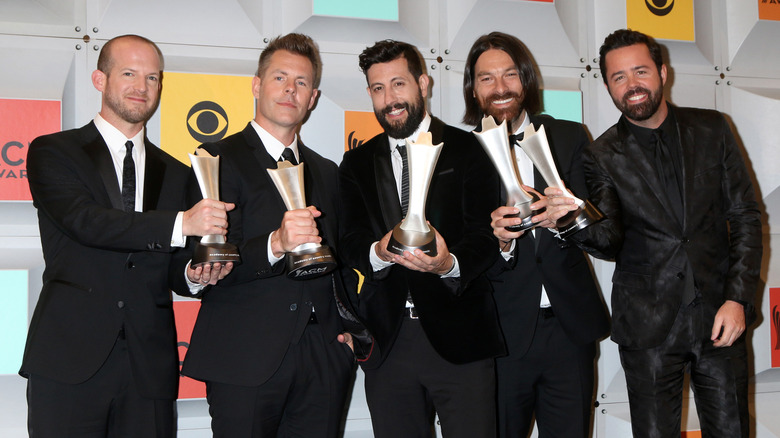 At the moment Old Dominion has released four studio albums (via Spotify). From those four albums, the group has earned 9 Top 10 Hits on the elusive Billboard Hot 100 chart. It’s also been nominated for numerous awards from the top Country Music associations. In 2018, Old Dominion won their first CMA Award for Vocal Group of the Year (via WSLS). They later won this same category in 2018, 2019, and 2020. Old Dominion also won the Academy Country Music Awards Group of the Year award four consecutive years in a row (via People).

In addition to taking home top awards at the most respected award ceremonies, the five-piece also performs at sold-out venues. The group’s first performance for their “Make It Sweet Tour” completely sold out in Rosemont, Illinois (via Country Music Tattletale). It has since continued to perform for packed venues in Nashville and other cities (via Country Music On Tour). These numbers have helped Old Dominion’s lead singer Matthew Ramsey to reach a net worth of $20 million as of 2021 (via Idol Net Worth). The Net Worth Post estimates that keyboard player Trevor Rosen’s net worth is currently at $850,000 and guitarist Brad Tursi has $1.5 million (via Net Worth Post).