With her hands delicately placed on his shoulder, Holly Willoughby reassured her presenting partner of over a decade that everything would be ok. The This Morning star, 57, broke down as he spoke of the unwavering support and patience of his wife of 27 years Stephanie Lowe. Phillip Schofield recently addressed his concerns about dating and stated it would be a “slow process” before he would consider looking for a relationship. But speculation about the long-serving ITV host’s love life is nothing new – with some even once believing a romantic spark may have ignited between himself and Holly.

But the rumours about a closer-than-friendly connection between Phillip and Holly seemed not to faze the presenters.

Holly, 39, has been happily married to TV producer Daniel Baldwin, 45, since 2007 and the couple have two sons and a daughter together.

They first met on the set of children’s TV hit Ministry of Mayhem in 2004 and after six months of friendship began dating.

To this day, she believes they are as loved-up as ever – with her previously stating that they “still fancy the pants off each others” and get on “really well”. 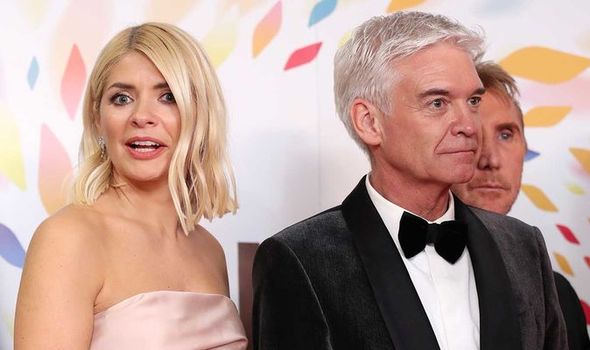 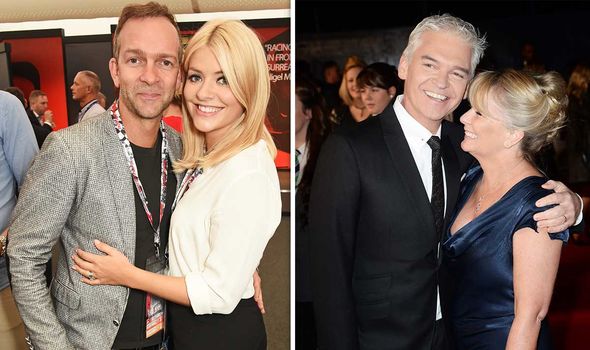 Meanwhile, Phillip tied the knot with BBC production assistant Stephanie in 1993 and the couple have two daughters.

After coming out as gay, Phillip explained on his Instagram story: “Steph has been incredible – I love her so very much. She is the kindest soul I have ever met.

“My family have held me so close: they have tried to cheer me up, to smother me with kindness and love, despite their own confusion.”

Phillip also added that his “girls” had been “astonishing in their love, instant acceptance and support”. 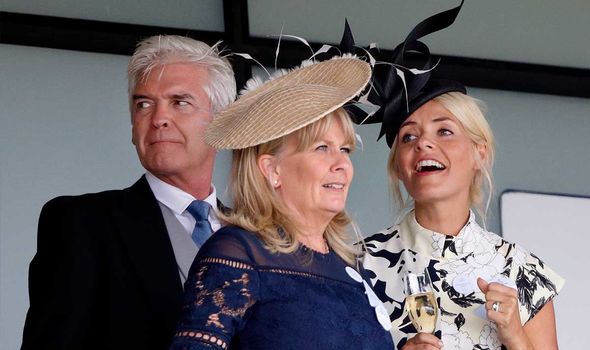 Despite their significant others, their close on-screen relationship has often been misconstrued by the British public.

During a candid 2016 interview with BBC Radio 1’s Nick Grimshaw, Holly revealed that she and her co host were even confused for a couple.

She explained that they both go on holiday with each other’s families and often are spotted while out drinking together.

Holly said: “I do think that when we would bump into people, we went to Portugal, and when people would see us in a bar, they’d all be looking at us as if to go, ‘Oh my God are you like actually together in real life?

“I’d be like, ‘No! It’s just a coincidence that we’re away!’ He has been holidaying in Portugal for years and I’ve been going the last few years so we tend to accidentally bump into each other… not that accidentally.” 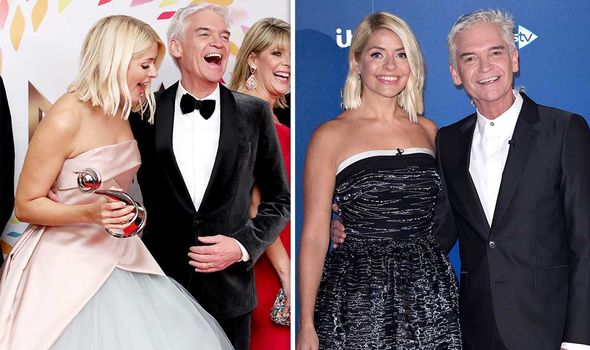 When Phillip came out in an online statement, he explained the inner conflict he felt over his decision.

He said: “You never know what’s going on in someone’s seemingly perfect life, what issues they are struggling with, or the state of their wellbeing. So you won’t know what has been consuming me for the last few years.”

Phillip stated that he had doubts about whether he was gay – even on the day of his wedding – and, after coming out, has tried to become a role model for others.

In an interview after his announcement, he said: “Today, quite rightly, being gay is a reason to celebrate and be proud. Yes, I am feeling pain and confusion, but that comes only from the hurt that I am causing to my family.”