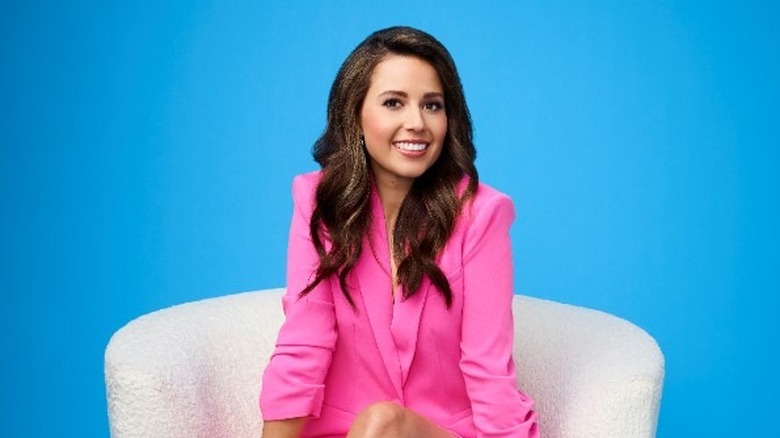 Katie Thurston’s season of “The Bachelorette” has only just begun, and we’re already buzzing to know how it’ll end. Fans got to know Thurston while she was on Matt James’ season of “The Bachelor,” which unfortunately didn’t end in an engagement for her. But she’s not letting that stop her; she couldn’t be more excited about this process, despite having taken time to officially accept the invitation. “You’re always going to question if it’s the right decision for you because you are opening yourself up to a lot of attention,” Thurston explained per The Hollywood Reporter. “So of course it wasn’t an immediate yes for me. It was something I had to think about over time. I didn’t want to live life with the regret of not taking this chance to fall in love in this very unique way, so I said yes.”

And now that things are on her terms, Thurston has no issue telling the 30 men on her season exactly what she’s looking for. According to Thurston in an interview with Us Weekly, “I just know where I’m at in life, and it really shows how serious I am about falling in love and finding my person.” The former TikTok star went on, “And if the thought of being engaged scares you, then you’re not ready to be with me.” 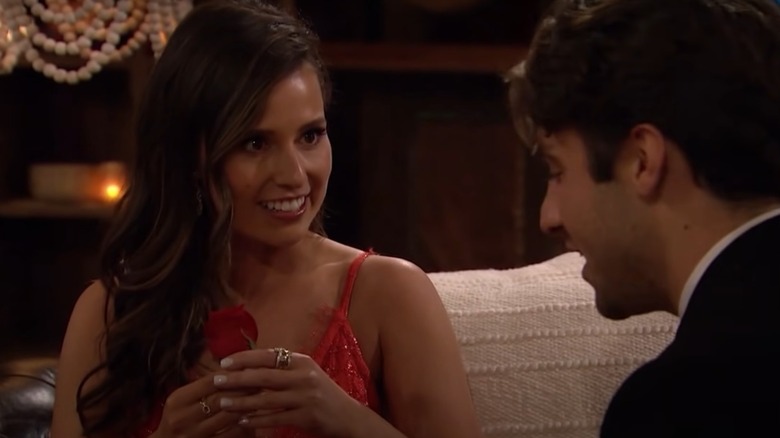 We thought we had a juicy spoiler when Katie Thurston revealed that she falls in love “more than once” during her love journey, per The Hollywood Reporter. But there’s an even bigger scoop in the story.

We’ve got a long way to go before Thurston is anywhere near revealing to the public where her love story has ended up. After all, she’s only just partaken in the limo introductions. That being said, according to an exclusive scoop from the spoiler source Reality Steve, there is some good news to be shared, after all. That’s right: Thurston is engaged! (via Cosmopolitan).

In a blog post written by Steve on June 8, he shares that while he is happy to share this exciting spoiler, he can’t tell us to whom she’s engaged; not because he doesn’t want to, but because he simply doesn’t know. “I know you may ask, ‘How can you know she’s engaged but not know who to?’ Trust me, it’s possible.” Steve adds that now that the news is out about Thurston being engaged, he believes she will attempt to fool the public by posting misleading information on social media by trying to “act single.”

“She knows what she’s doing. I just wouldn’t read too much into everything she does. She’s happy and engaged from everything I’ve been told,” he revealed.