“I was afraid to name him at the time for fear of retaliation from the network; I’m not anymore. It was Chris Matthews,” former HuffPost reporter Laura Bassett wrote 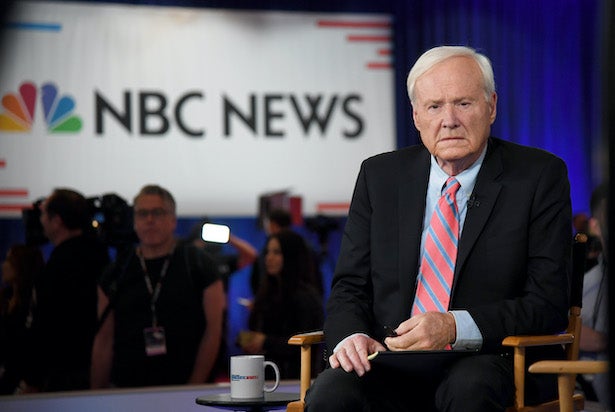 In an essay published on Friday in GQ, former HuffPost reporter Laura Bassett revealed that the unnamed “famous broadcast journalist” she had accused in a 2017 piece of making inappropriate comments to her when she was a guest on his show was MSNBC’s Chris Matthews.

“In 2017, I wrote a personal essay about a much older, married cable news host who inappropriately flirted with me in the makeup room a few times before we went live on his show, making me noticeably uncomfortable on air. I was afraid to name him at the time for fear of retaliation from the network; I’m not anymore. It was Chris Matthews,” Bassett, now a freelance journalist, wrote in GQ. (A representative for MSNBC did not immediately respond to TheWrap’s request for comment.)

Bassett said that in 2016, when she was brought on as a guest on Matthews’s show to discuss sexual assault allegations against Donald Trump, she was sitting in a makeup chair when Matthews came over and said to her, “Why haven’t I fallen in love with you yet?”

“When I laughed nervously and said nothing, he followed up to the makeup artist. ‘Keep putting makeup on her, I’ll fall in love with her,’” Bassett recalled in her GQ piece.

When she was brought back on the show at another time, Bassett said Matthews “complimented the red dress” she was wearing and asked her, “You going out tonight?”

“I said I didn’t know, and he said — again to the makeup artist — ‘Make sure you wipe this off her face after the show. We don’t make her up so some guy at a bar can look at her like this,’” Bassett wrote.

While Bassett said she didn’t think Matthews’s behavior rose “to the level of illegal sexual harassment,” she wrote that his behavior “undermined [her] ability to do [her] job well” — a phrase she also used in her original 2017 HuffPost piece.

This isn’t the first time Matthews has been accused of being inappropriate with women. In 1999, a female staffer who accused Matthews of making “inappropriate jokes and comments about her in front of others” received a separation-related payment following her accusation. Matthews was also formally reprimanded, a network spokesperson confirmed in 2017.