Just three and a half months after Kim Kardashian filed for divorce, Kanye West appears to be moving on with supermodel Irina Shayk, according to a new report.

Kanye West is rebounding from Kim Kardashian with Irina Shayk, TMZ reports. The site claims that Kanye and Irina are “100 percent romantically together”. Irina was even reportedly by Kanye’s side to celebrate his 44th birthday on June 8. The two were seen “smiling and strolling” around the grounds of a hotel in Provence, France, according to TMZ. At one point they were with friends, but they were also reportedly by themselves and “looking very much like a couple.”

This rumored new romance comes following Kanye’s split from Kim earlier this year. After more than six years of marriage, Kim filed for divorce in February. Kanye has mostly been out of the spotlight since then, but it appears he’s been keeping is love life alive behind-the-scenes. TMZ says it’s “unclear how serious” the rapper and model are, but they’re “definitely friends with benefits status, at the very least.” 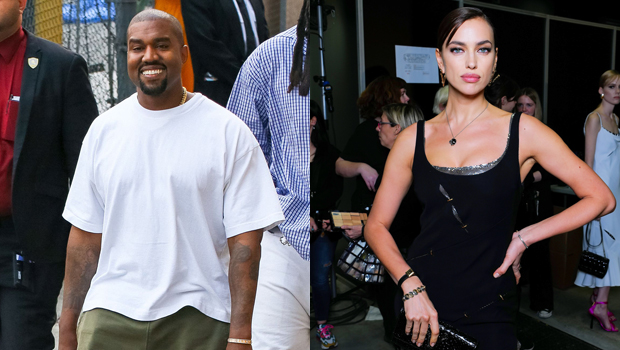 Irina and Kanye are certainly not strangers. Irina has walked in Kanye’s Yeezy fashion show in the past, and he name-dropped her on his 2010 song “Christian Dior Denim Flow.” On the track, he raps, “I wanna see Irina Shayk next to Doutzen.”

Of course, Irina also has a very famous romantic history. She dated Cristiano Ronaldo from 2009 until 2015, and after the split, she started seeing Bradley Cooper. Irina and Bradley have a daughter, Lea, who was born in 2017, together. However, their relationship ended in June 2019.