Lil Nas X capped off his electric performance of his hit single, “Montero (Call Me By Your Name)” at the 2021 BET Awards by kissing one of his dancers on stage.

The singer’s performance was a homage to Michael Jackson’s music video for his 1991 song “Remember the Time.” Nas’s performance even included a dance break to the chorus of Michael’s song. At the end of the track, Nas locked lips with his backup dancer, causing the audience to erupt in cheers.

Fans took to Twitter last night to express their feelings for the powerful moment. “If you grew up Black and gay, you know how major this is,” one person wrote.

On the last day of #pride 2021 @LilNasX got on the #BETAwards stage and kissed another guy.

If you grew up Black and gay, you know how major this is.

I live for this kid.

@LilNasX just gave @BET #BETAwards they first black gay kiss and baby I STAN. THAT is how you celebrate #Pride make the system EAT IT pic.twitter.com/LOusEWxbgY

“Lil Nas X is the black gay popstar I needed to see as a kid,” another fan tweeted. “The fearlessness it takes to be so decidedly queer in front of a notoriously homophobic audience. I needed that.”

Lil Nas X is the black gay popstar I needed to see as a kid. The fearlessness it takes to be so decidedly queer in front of a notoriously homophobic audience. I needed that. pic.twitter.com/Y7n4ZGDGEM

The performance came after Nas wore not one, but two jaw-dropping looks on the BET red carpet, stepping out first in a blue and white gown with an oversized skirt designed by Andrea Grossi. He later changed into an equally-gorgeous embroidered and beaded suit by Richard Quinn. 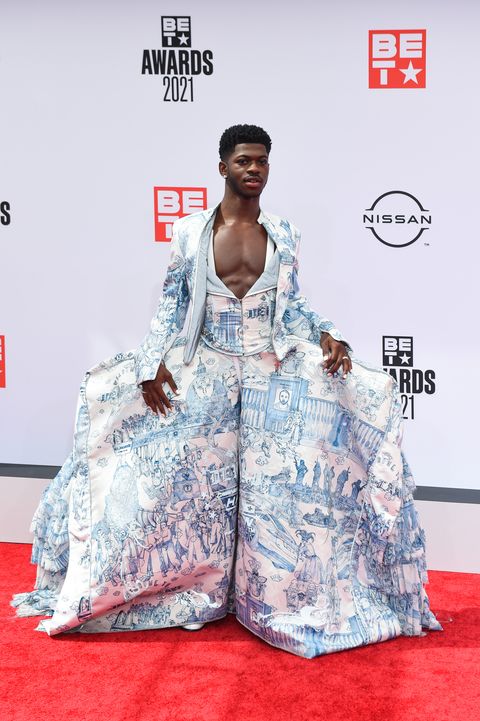 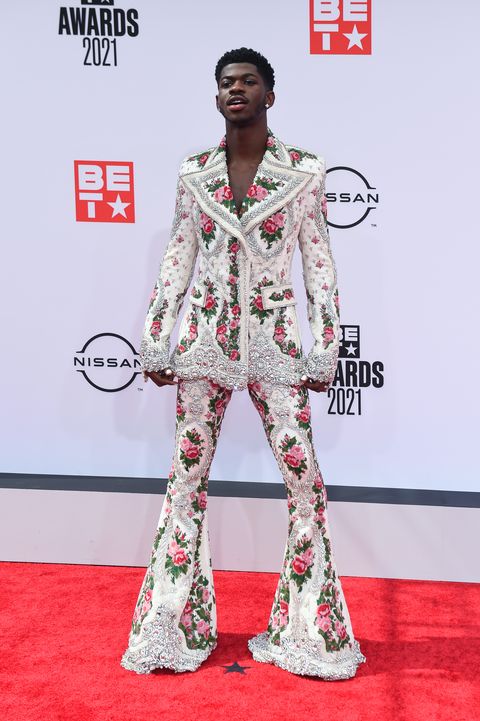 I think we can all agree that Nas won the night.