After a little run in with law enforcement, Megan Fox & Machine Gun Kelly proved they didn’t let it bother them while PDA-ing it up on a dinner date. See the pics!

Safety, first! After getting pulled over during a motorcycle joyride, Machine Gun Kelly and Megan Fox shared some sweet kisses and hugs in front of the cameras as they headed into dinner at Matsuhisa in Beverly Hills. Earlier in that day, the couple was pulled over by cops in Sherman Oaks, CA after MGK was riding his motorcycle without a helmet on, law enforcement told TMZ. While photos show the Jennifer’s Body star was wearing a helmet, the rocker was busted for foregoing the safety mechanism. To add insult to injury, cops discovered that MGK didn’t have the proper license to operate a motorcycle, so he also received a citation for that. 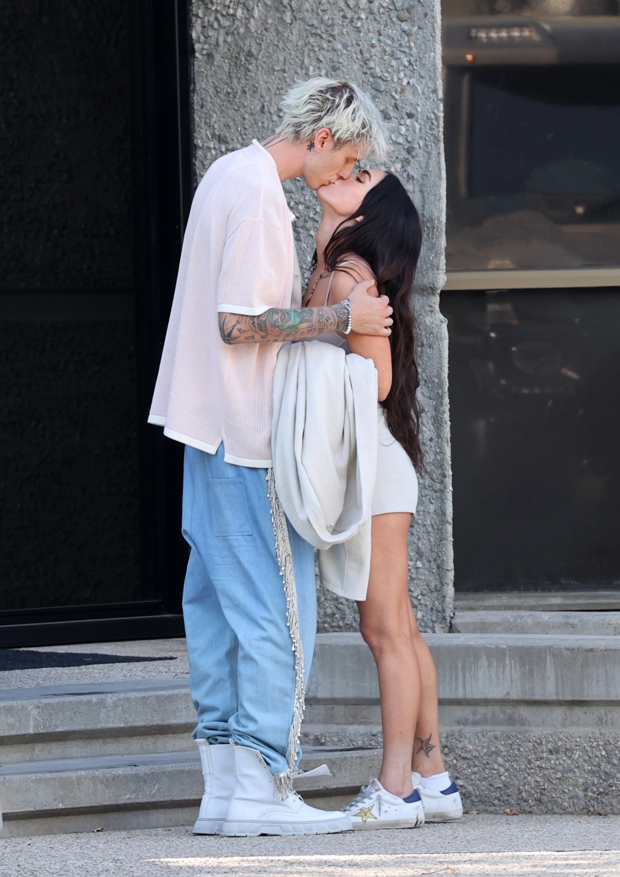 All seemed fine by dinner time, as Megan and MGK were papped smooching in front of the restaurant before heading inside to share a meal. Megan showed off her rock-hard abs and perfectly toned body in a matching nude crop top and shorts set, which she paired with Golden Goose sneakers that feature a navy heel pad and a gold glittery star. The “Bloody Valentine” singer kept it casual in drawstring powder blue joggers, a white tank top and an open pale pink button-down shirt. He smoked a cigarette while Megan stood alongside her man. 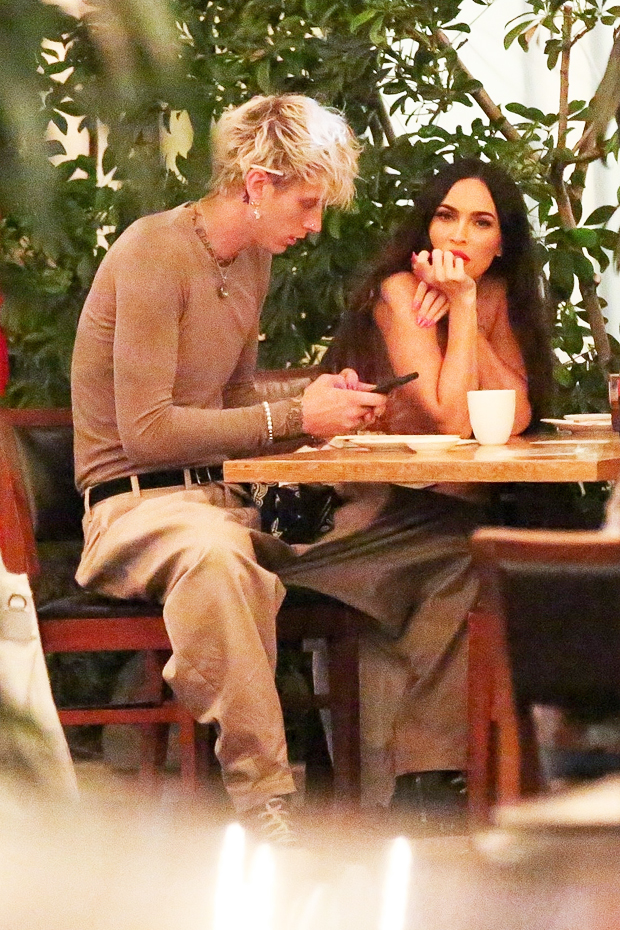 The fan-favorite couple have been nearly inseparable since going public with their romance in May 2020. At the Indy 500 over the Memorial Day Weekend, MGK brought his love on stage during his epic performance to serenade her in front of the crowd. The viral moment from the Barstool Sports’ party happened after the whole crowd was chanting “Megan!” a concertgoer told E! News. The actress stayed on stage and looked at her boyfriend adoringly as he sang “I Think I’m Okay” to the screaming crowd. So cute!