“They think this is going to be the thing that brings down the president,” acting White House chief of staff Mick Mulvaney said of the media’s coronavirus coverage 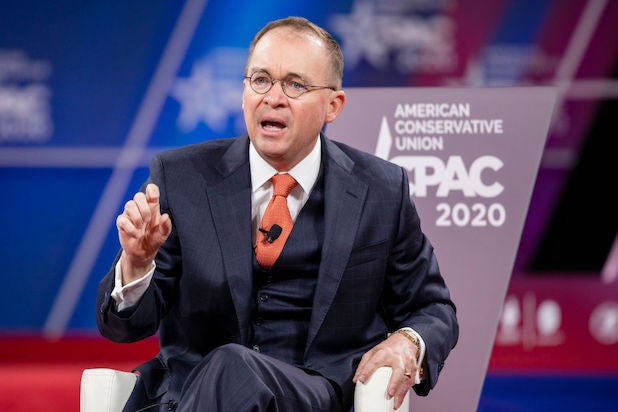 Despite the World Health Organization declaring the coronavirus a public health emergency of international concern, acting White House chief of staff Mick Mulvaney accused the media of only covering the outbreak to “bring down” President Donald Trump.

“The reason you’re seeing so much attention to it today is that they think this is going to be the thing that brings down the president,” Mulvaney said Friday at the Conservative Political Action Conference. “That’s what this is all about it.”

Mulvaney also claimed that the press had somehow avoided coverage of the coronavirus and the ensuing travel restrictions in favor of focusing on Trump’s impeachment last month.

“Why didn’t you hear about it?” Mulvaney said of the travel restrictions that were, in fact, extensively covered in the press. “What was still going on four or five weeks ago? Impeachment, that’s all the press wanted to talk about.”

“The press was covering their hoax of the day because they thought it would bring down the president,” he also said.

Though Mulvaney seemingly downplayed the risks of the virus by stating that the flu also kills people, he did acknowledge that schools and public transportation could be affected by the outbreak.

“Are you going to see some schools shut down? Probably. May you see impacts on public transportation? Sure,” Mulvaney said. “The flu kills people. … This is not Ebola. It’s not SARS, it’s not MERS. It’s not a death sentence, it’s not the same as the Ebola crisis.”