Ready to hang up his jersey? Green Bay Packers fans are growing concerned about Aaron Rodgers‘ future with the team — and his buddy Miles Teller just added more fuel to the retirement rumors.

Aaron Rodgers and Shailene Woodley: A Timeline of Their Relationship

“Cheers to signing with the Packers,” the Whiplash actor, 34, tweeted on Thursday, May 27, alongside a vacation pic with his wife, Keleigh Teller. 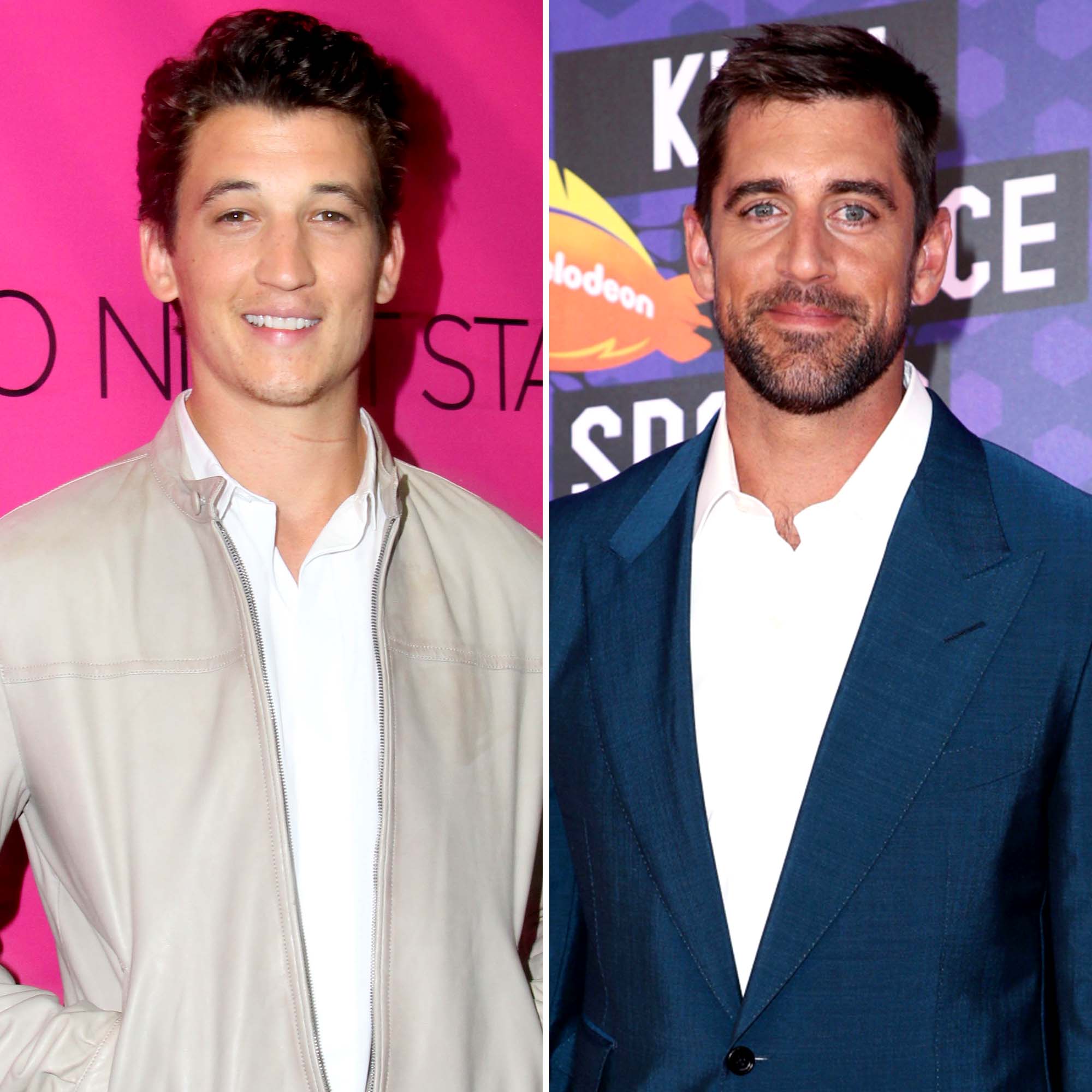 The couple, who tied the knot in 2019, are currently exploring Maui with Rodgers, 37, and his fiancée, Shailene Woodley, who starred with the Pennsylvania native in the Divergent film franchise and in 2013’s The Spectacular Now.

“Happiness🦋🦋🌈💗,” Keleigh, 28, captioned a series of Instagram photos from their double date in Hawaii earlier this month.

The foursome were given the VIP treatment by local tour guide Zenobe, who “loved” getting to show them his favorite spots on the island. “They were lovely people. Very down to earth!” he told Us Weekly exclusively. “They had an amazing vacation.”

Rodgers and Woodley, 29, were first linked in July 2020 following his split from Danica Patrick. Shortly after Us confirmed the duo’s relationship status in February, Rodgers surprised fans by announcing his engagement while receiving an honor from the NFL. The Allegiant actress raved over her fiancé later that month during an interview on The Tonight Show Starring Jimmy Fallon, flashing her diamond ring for the first time.

“We met during this whacky, whacky time and all the stadiums were closed that he was playing in, so I have yet to go to a football game,” the California native said. “I didn’t really grow up with sports, especially American sports. It was never really on my radar. When we met, also, I knew he was a football guy, but I didn’t know, like, what kind of a football guy he was. And I’m still constantly learning.”

Woodley joked at the time that she “never thought as a little girl” she would ever “be engaged with somebody who threw balls for a living.” However, some of Rodgers’ fans are convinced his years of throwing balls might be coming to an end.

Reports surfaced in April that the quarterback — who began playing on the Wisconsin team in 2008 — has told teammates he wants out. Packers general manager Brian Gutekunst asserted that month that the NFL MVP will be “our quarterback for the foreseeable future,” telling reporters on a conference call that they’re “working through” contract agreements with a number of players.

ESPN reported earlier this week that Rodgers was a no-show at the Packers’ first organized team events on Monday, May 24, which aren’t mandatory until minicamp stars on June 8.

With football in its offseason, Rodgers has kept himself busy by guest hosting Jeopardy! and traveling with his soon-to-be wife. According to a source, the couple’s friends are certain that “they’re meant to be” together.

“Shailene and Aaron are excited for this next chapter of their lives. Aaron wouldn’t have proposed if he wasn’t 100 percent serious about Shailene being The One,” the insider told Us in April. “They’re a great match because they’re both hardworking, career-focused, have a similar lifestyle and are down to earth.”