Skip to content
HomeCelebritiesPhillip Schofield reveals whether he ever ‘rows’ with Holly Willoughby: ‘She’ll push me’

Phillip Schofield, 57, and Holly Willoughby, 39, are famous for their banter and close friendship, which they display while hosting This Morning together. However, the Dancing on Ice 2020 presenters previously opened up about whether they have ever gotten into any arguments behind-the-scenes.

In a recently unearthed Loose Women interview from 2016, the pair were quizzed by the ITV show’s panel on if they have experienced any tense moments together.

Jane Moore brought up the subject when she suggested their TV partnership “wasn’t like a real marriage because you’ve got to argue”.

Phillip turned to Holly and replied: “Do you know what? I don’t think we do!”

Coleen Nolan seemed unconvinced, as she asked Holly: “Is there nothing when you think, ‘Oh it irritates me when he does that?’” 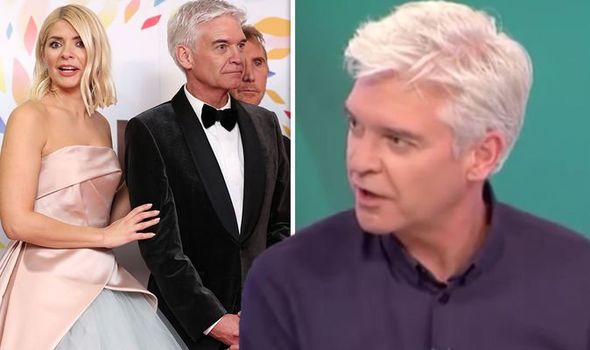 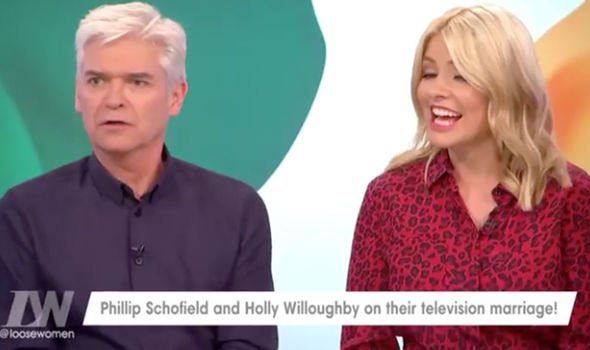 “If there is something, you can say it,” Phillip jokingly added.

Opening up about their friendship, Holly explained: “We do so many hours together and then the fact when we’re off in the summer we spend a lot of time together.

“We just get on quite well, we think in the same way.”

Phillip went on to reveal the pair avoid discussing work when they go on holidays together. 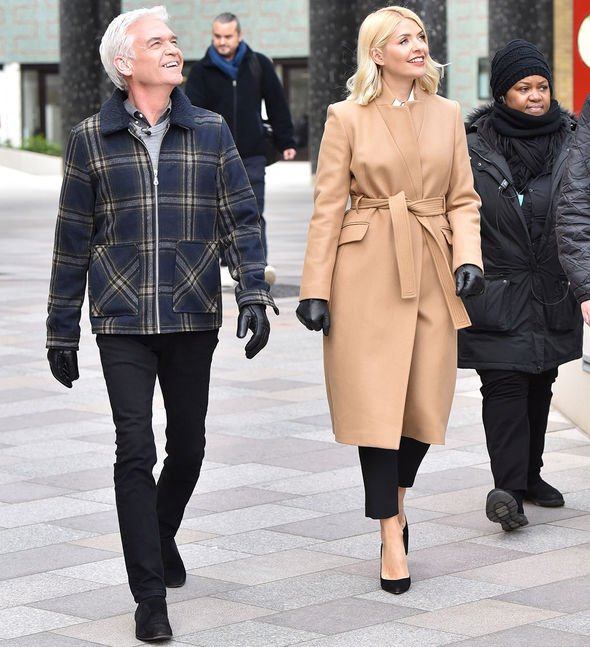 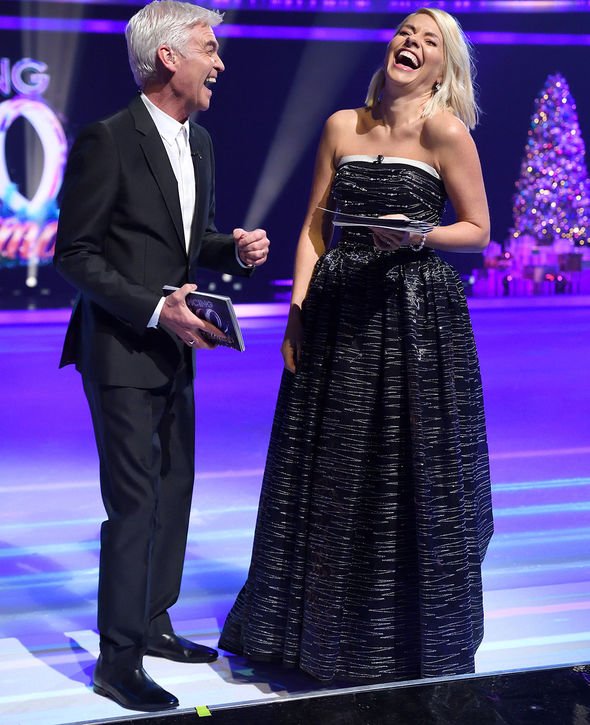 He said: “When we’re on holiday if we go out for dinner, we don’t talk about work so you end up talking about families and other stuff, so we do keep it separate.

“But I can honestly say, hand on heart, we have never had a row.”

Phillip then took the opportunity to light-heartedly tease Holly by saying she does “push” him, but “not that far”.

The TV personality admitted: “She’ll push me, she just hasn’t pushed me that far,” prompting his co-star to giggle.

Holly and Phil recently shared a funny on-screen moment during This Morning when the former made what appeared to be a surprising mathematical mishap.

The duo played the game It’s Behind You, where viewers have to describe objects displayed behind the hosts for them to guess.

With every correct answer, the viewer wins more money in the cash prize – the first caller scooped £500, while the following two contestants won £350 each.

At the end of the game, Holly added up the total amount won, telling viewers it was £1,200.

The pair were informed by the backstage crew, that the overall sum was the latter, which was incorrect.

However, after the commercial break, Holly informed viewers she was right after she revealed director Barry made the mistake, saying: “I’m feeling very smug, I’m going to enjoy this moment. I said it was 1,200 and then I got told by Barry the director in my ear that I got it wrong.”

Dancing on Ice airs tonight at 6pm on ITV.