As advocates for racial justice and equality around the world, Prince Harry and Duchess Meghan have consistently made sure they always speak up and help others be heard.

The Duke and Duchess of Sussex continued that promise when they joined young leaders from around the world last week for a in-depth conversation on equal rights, justice, and fairness.

In response to the Black Lives Matter movement, the Queen’s Commonwealth Trust—which champions, funds, and connects young leaders around the world—has been running weekly discussions with youth from the network and, as President and Vice President of the organization (respectively), Harry and Meghan were eager to join their latest conversation.

During the July 1 virtual discussion, the couple connected with youth from the network to talk about the importance of ensuring this critical moment in time is used for advancing human rights and justice, the urgent need to push towards long-term and practical solutions for the future, and why it is essential to challenge unconscious bias and acknowledge mistakes of the past.

“We can’t deny or ignore the fact that all of us have been educated to see the world differently,” Harry told the group. “However, once you start to realize that there is that bias there, then you need to acknowledge it, you need to do the work to become more aware … so that you can help stand up for something that is so wrong and should not be acceptable in our society today.” 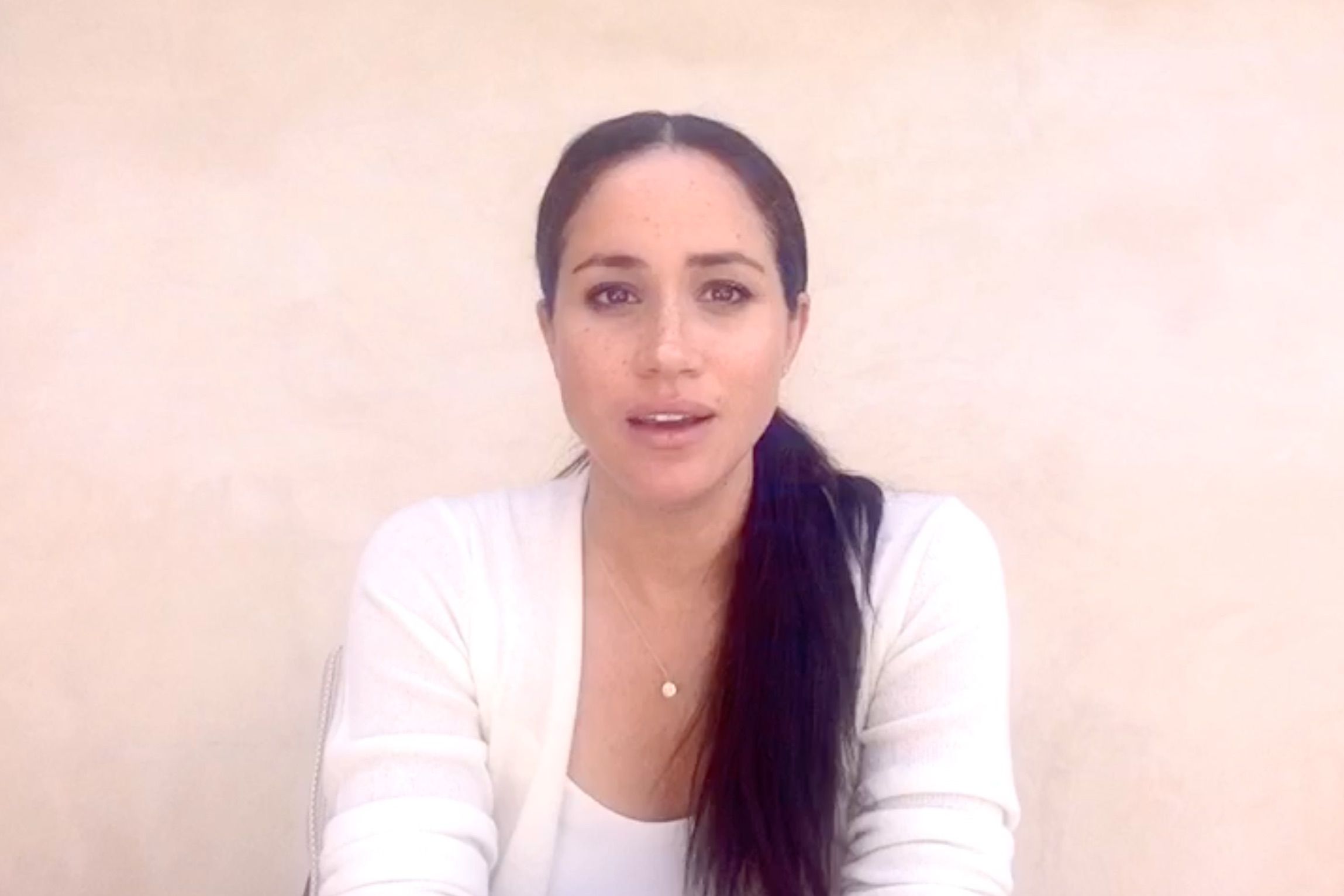 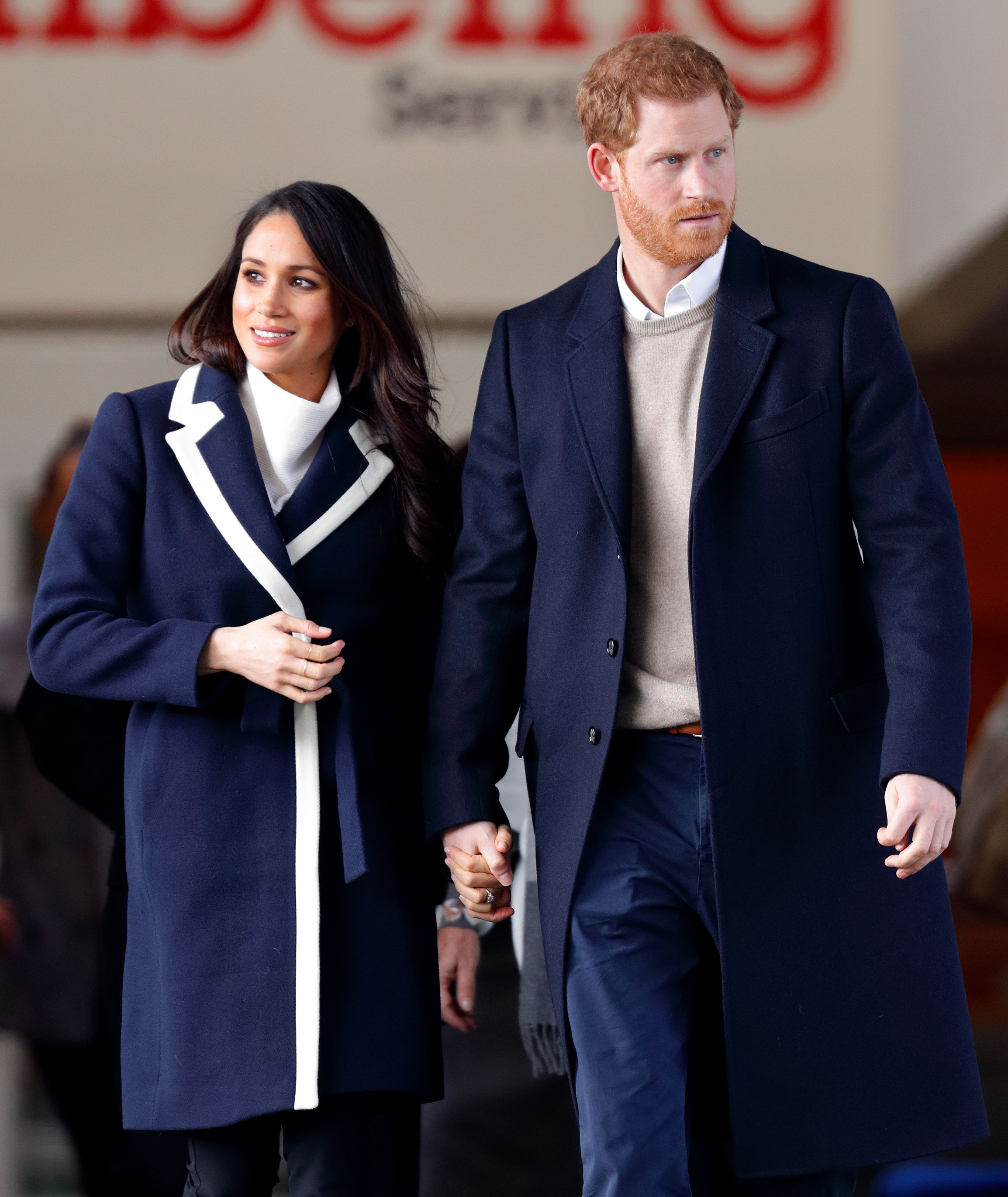 Meghan expanded on the topic of unconscious bias, adding that it often manifests itself in covert and complicated ways. “It’s not just in the big moments, it’s in the quiet moments where racism and unconscious bias lies and thrives,” she explained. “It makes it confusing for a lot of people to understand the role that they play in that, both passively and actively.”

The Sussexes were joined in the conversation by Chrisann Jarrett, a QCT Trustee and co-founder and co-CEO of We Belong; Alicia Wallace, director of Equality Bahamas; Mike Omoniyi, founder and CEO of The Common Sense Network; and Abdullahi Alim who leads the World Economic Forum’s Global Shapers network of emerging young leaders in Africa and the Middle East.

Alim, who is based in Australia, has urged future leaders to learn from those who have tried to address systemic issues before, to value lived experience and to remember that “in any situation, it is always best to allow implicated groups to determine what the best course of action is.” Meghan was quick to agree, adding that it is for people to “know when to lead and know when to listen.”

As the group went on to discuss the history of injustice and why we still face so many related problems around the world, Harry explained, “When you look across the Commonwealth, there is no way that we can move forward unless we acknowledge the past. So many people have done such an incredible job of acknowledging the past and trying to right those wrongs, but I think we all acknowledge there is so much more still to do. It’s not going to be easy and in some cases it’s not going to be comfortable but it needs to be done, because guess what, everybody benefits.”

Meghan, added, “We’re going to have to be a little uncomfortable right now, because it’s only in pushing through that discomfort that we get to the other side of this and find the place where a high tide raises all ships. Equality does not put anyone on the back foot, it puts us all on the same footing—which is a fundamental human right.” 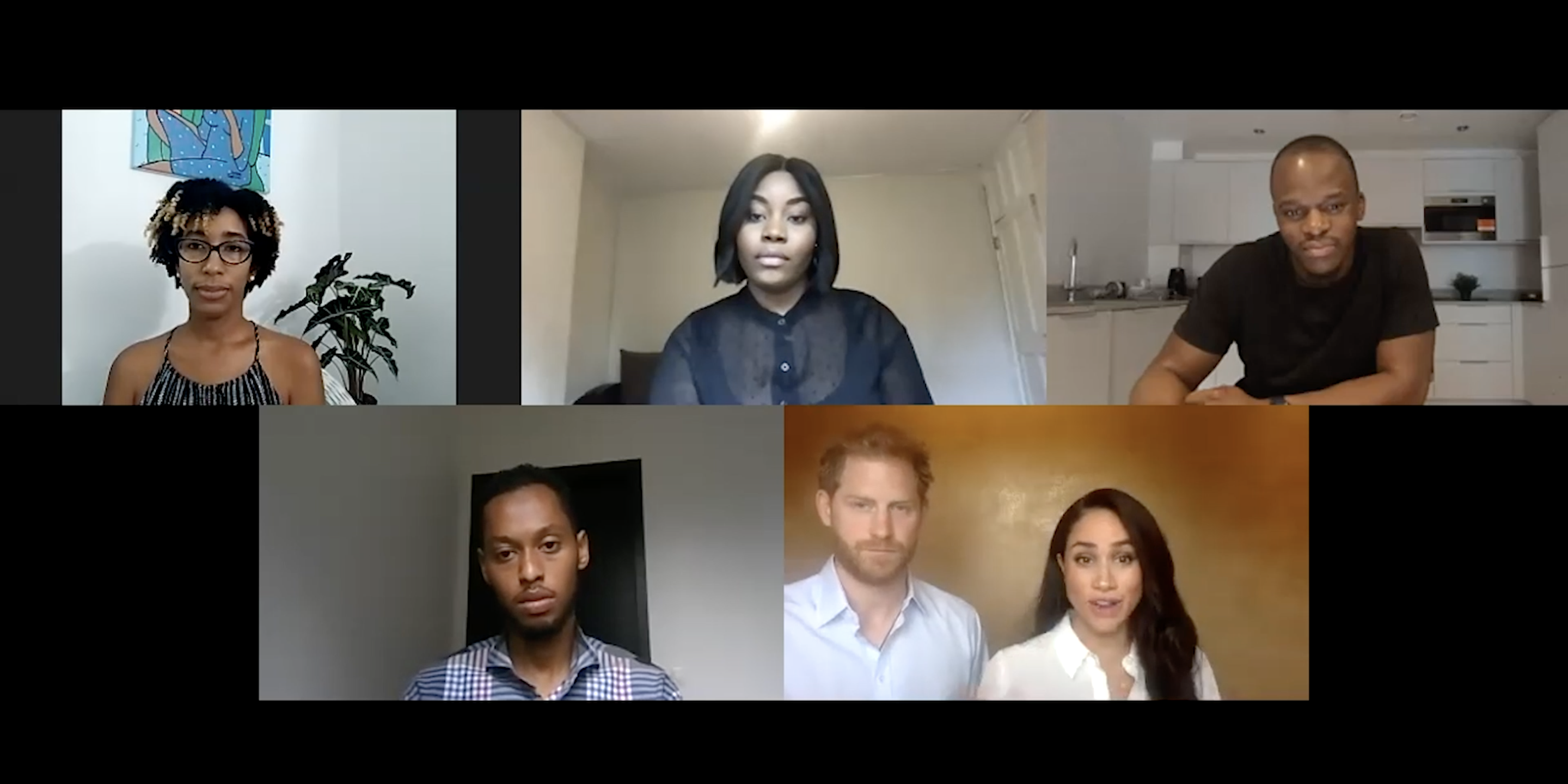 Alice Wallace, whose Equality Bahamas initiative advocates for equality through education and promotes women’s rights as human rights, told the royal couple about the importance of harnessing this moment in time to take meaningful action. “Right now is such a powerful moment because we can combine the things that we know already and the things that we’re learning with the raw emotion that we’re feeling right now … It’s natural to feel grief and rage, but we actually need to change that and turn it into an energy that can be used for real, sustainable action,” she said. “We each need to ask [ourselves] what is it that I’m willing to do right now, and how can I contribute to the change that we can no longer pretend is not necessary.”

The group of six also discussed the importance of meaningful allyship. Mike Omoniyi, whose crowd-funded Common Sense Network provides impartial and fact-based news and social commentary, says that allyship needs to go beyond social media. “After pressing send online, people need to roll up their sleeves and do the work,” the U.K.-based founder explained. “There’s a whole host of things that it means to be an ally but the impetus has to be humility, kindness and a willingness to learn new things.”

Nodding, Meghan added that they were hopeful about the QCT’s ambitions to make a difference “in driving systemic change for the better,” which has been a cornerstone in the network’s wider work on historic injustice since late 2019. “Keep up the incredible work and know that we are right there with you, standing in solidarity,” she said. “We’re going to get there … and we have a lot of renewed faith and energy in that having had this conversation.”

Harry enthusiastically added, “The optimism and the hope that we get is from listening and speaking to people like you, because there is no turning back now, everything is coming to a head. Solutions exist and change is happening far quicker than it ever has done before. This change is needed and it’s coming.”

Watch the discussion in full and find out more about The Queen’s Commonwealth Trust here.