Per People, the Cambridges have canceled their royal custom of honoring the Irish Guards during London’s annual St. Patrick’s Day parade. The outlet reported that the celebratory event was not canceled, however, because of the growing concern over coronavirus across the United Kingdom, but rather because the Irish Guards’ first battalion is currently deployed in Iraq and South Sudan. 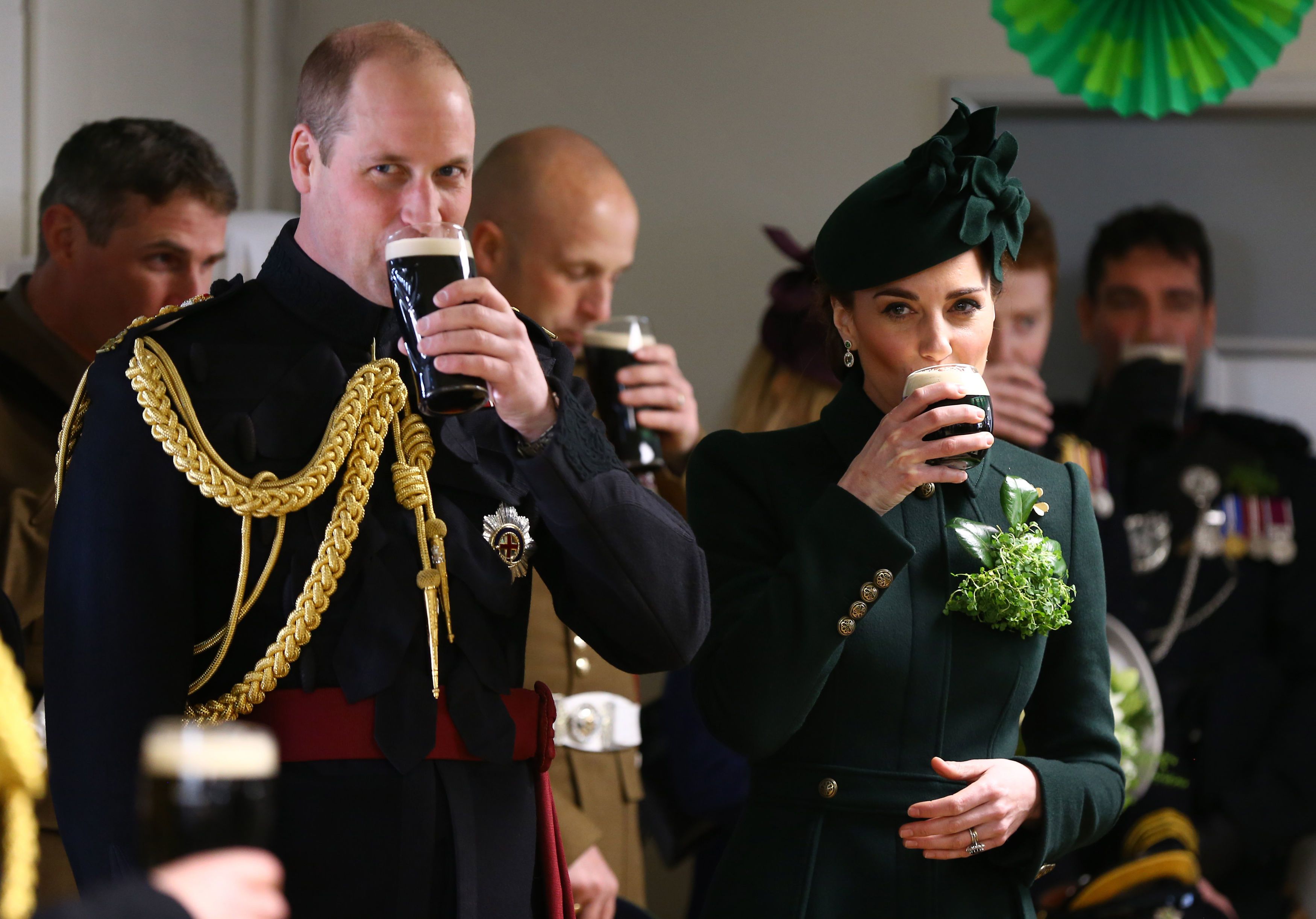 During the yearly parade, Kate normally interacts with the guards’ mascot—an Irish wolfhound named Domhnall—with a friendly pat, and she and her husband relish in pints of Guinness beer. Afterward, the royal couple typically mingles with members of the Royal Irish Regiment, as well as with soldiers and their family members.

Last year, the Duchess of Cambridge attended the parade donning a chic and appropriately green Alexander McQueen coat, matching hat, and block-heeled pumps. Green has become a favorite hue of Kate’s, with the duchess wearing the color throughout her and William’s royal tour of Ireland earlier this month. The visit allowed the pair to meet with locals in the respective cities of Dublin, County Meath, County Kildare, and Galway.