Salma Hayek may be one of the sexiest women in the world, but even she got nervous before filming her first intimate movie scene back in 1995!

While appearing on Dax Shepard’s Armchair Expert podcast on Feb. 15, Salma Hayek opened up about why she got emotional before filming a sex scene with Antonio Banderas in her breakout movie, Desperado. Before filming began, Salma was not told that she would have to film such an intimate scene, she claimed. “When we were going to start shooting, I started to sob,” Salma admitted. “[I said], ‘I don’t know if I can do it. I’m afraid.’”

The actress, who has since starred in dozens of more movies, explained that working with Antonio was intimidating for her. “He was an absolute gentleman and was so nice and we’re still super close friends, but he was very free,” the 54-year-old revealed. “It scared me that, for him, it was like nothing. I started crying and he was like, ‘Oh my God, you’re making me feel terrible.’ I was so embarrassed that I was crying.” 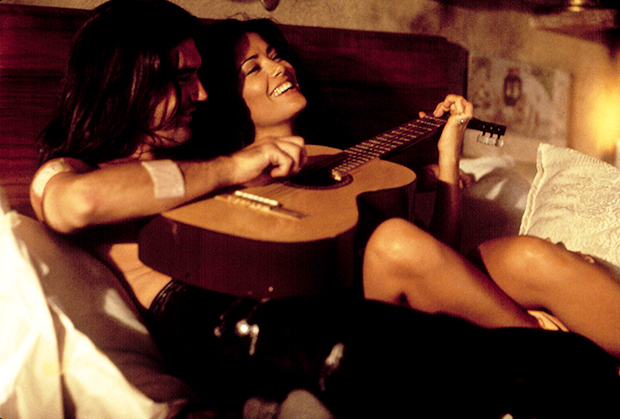 Salma reiterated that both Antonio and the movie’s director, Robert Rodriguez, did whatever they could to make her feel comfortable, but it didn’t calm her nerves. “I was not letting go of the towel,” she recalled. “They would try to make me laugh. I would take it off for two seconds and start crying again. But we got through it! We did the best with what we could do at the time.” 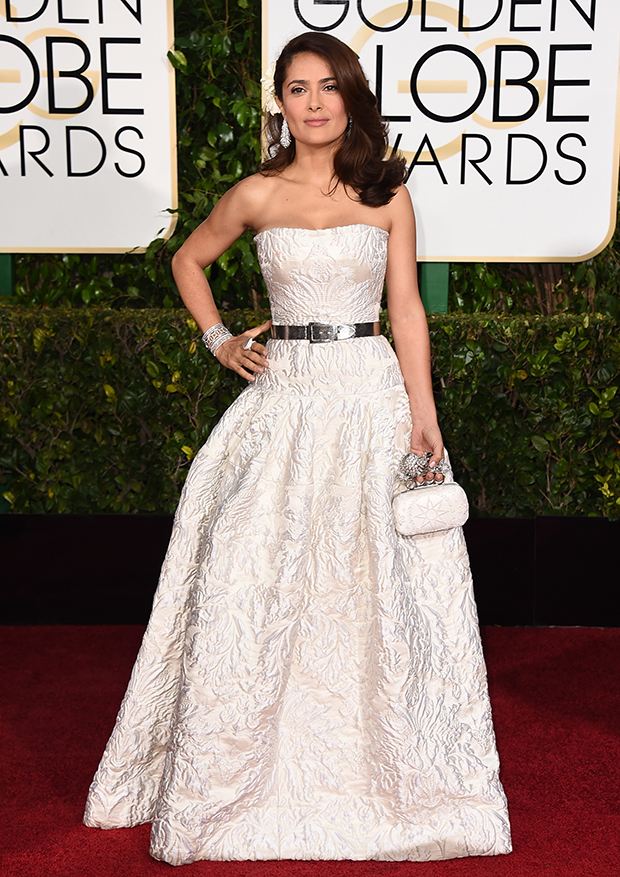 She also added that “thinking of [her] father and brother” watching the scene added to the fear. “Are they going to see it?” she wondered. “And are they going to get teased? Guys don’t have that. [Their] father would be like, ‘Yeah! That’s my son!’”

Luckily, Salma was able to get past the awkwardness of her first sex scene, and she’s stayed close with Antonio in the years’ since. In fact, they’ve starred in five more movie together throughout their careers, and she was on-hand to present him with the International Star Award at the Palm Springs International Film Festival at the beginning of 2020.