The Duke of Sussex garnered a close friendship with the actress while she was working on the ITV series Victoria, based on his ancestor. Now, Jenna Coleman is set to star as Johanna Constantine in the highly anticipated Netflix series, The Sandman, an adaptation of Neil Gaiman’s comic books.

Coleman and the Prince were spotted talking at an Ascot Polo charity match, which sparked rumours of a brewing romance.

However, Coleman shut this down when she appeared on ITV in the run up to the premiere of Victoria in 2016.

Good Morning Britain host Kate Garraway questioned Coleman on the photos of her and Prince Harry asking if they were “together because of research?”

Coleman was visibly taken aback by the question, awkwardly laughing along with the hosts before declaring: “He’s a friend of mine.”

However, a few years later, after Harry had met his now-wife Meghan Markle, the friends bumped into each other in a strange encounter. 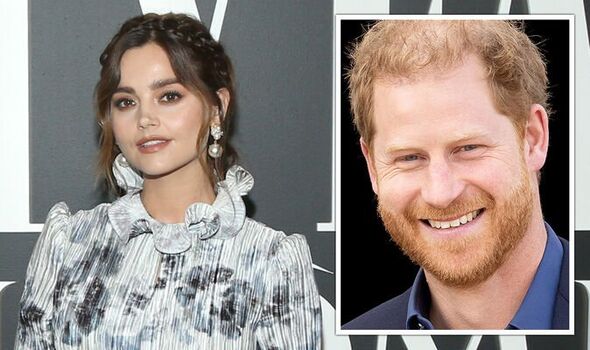 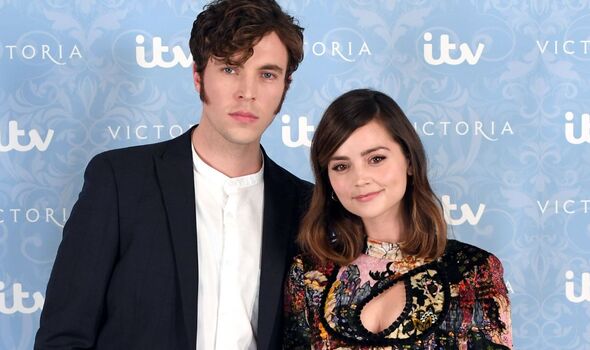 Both Coleman and the Duke attended the Soho House launch in Amsterdam in 2018, with someone present at the event claiming to the Mail Online: “It was pretty awkward”.

Harry reportedly looked “uncomfortable” as he walked past his former close friend towards his then-girlfriend Meghan Markle.

Shortly after the rumours of her and Harry’s relationship started to dissipate, Coleman began dating a different type of royalty.

Prince Albert was played by dashing co-star Tom Hughes, and soon the romance moved from screen to reality. 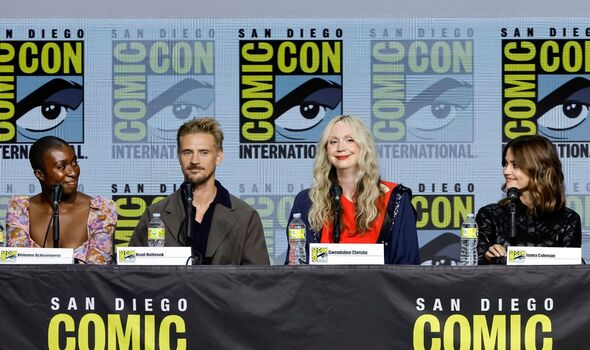 Coleman and Hughes originally met on the set of Dancing On The Edge in 2013, but both stars were in other relationships at the time.

Three years later, they found each other again on the set of Victoria, with their on-screen chemistry sparking romance rumours before they were officially an item.

Once they did go public with their relationship Coleman moved into Hughes townhouse and the pair were often pictured while out on dates in London.

Screenwriter for Victoria, Daisy Goodwin, even compared the young couple to Elizabeth Taylor and Richard Burton.

However, lockdown marked the end of their relationship after four years together with the Daily Mail reporting a source said they were both “terribly sad”.

The source also confirmed “there was no third party involved” and that the relationship had “run its course”.

Following their split, Coleman took ownership of their house, with heartbreaking images showing Hughes moving out with his belongings in hand.

Since 2020, the Doctor Who actress has found love again, now reportedly dating Jamie Childs who directed The Sandman Coleman stars in as Johanna Constantine.

Coleman’s casting in the role caused some confusion in the fanbase as many believed her character was a genderbent John Constantine.

Some key characters had their genders or races changed from comic book to screen, causing a brief controversy. 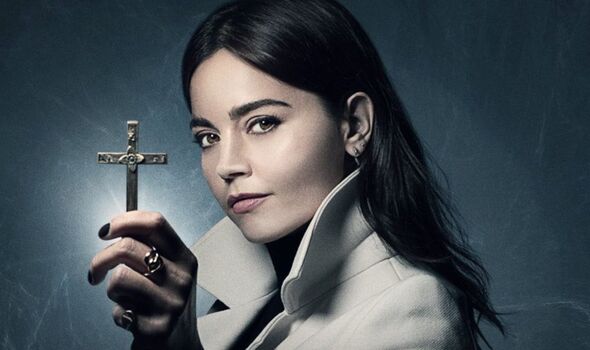 Chief complaint for many was the casting of Gwendoline Christie as Lucifer Morningstar, the fallen angel ruling over hell.

Many had expected Tom Ellis to take the role as he had played the character for years on Netflix’s Lucifer.

Creator Neil Gaiman explained that Ellis’ character was “so far away in terms of Sandman continuity” by the end of Lucifer’s run that it could not be used in the upcoming series.

However, unlike the creative changes made with other characters, Coleman’s character is in fact not meant to be John Constantine at all but his ancestor Lady Johanna Constantine.

The Sandman premieres on Netflix on August 5.