With a tycoon husband, a £50million country mansion and a private jet on standby, fashion designer Jade Holland Cooper lacked just one thing: a child.

Now, she’s set to remedy that as she has revealed she’s expecting a baby with husband Julian Dunkerton, craggy co-founder of clothing brand Superdry, who is 22 years her senior.

‘I could not be happier,’ confirms Jade, 33, who owns the tweedy label Holland Cooper, and was delighted to show off a scan of her child.

‘We are having a baby girl and I am going to be a mummy.’ The news has cheered the couple as they spend lockdown at their Georgian manor house near Cheltenham. 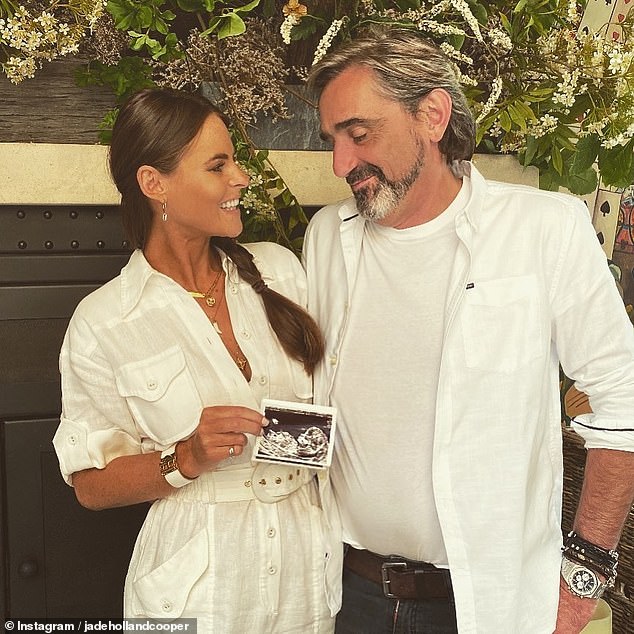 ‘It has been such a blessing in an otherwise difficult and gloomy time,’ says Jade. ‘To have been able to spend my first three months of pregnancy at home has been amazing.’

She adds: ‘Hats off to all the pregnant ladies out there: it can be a rollercoaster of emotions, but we are super excited for the next phase.’

Jade married Dunkerton, who has an estimated £182million fortune, in a lavish wedding in 2018, with Hollywood star Idris Elba among the guests.

It was held in the Cotswolds where Dunkerton owns a string of hotels and restaurants, and R&B chart topper Craig David was hired to serenade the bride. 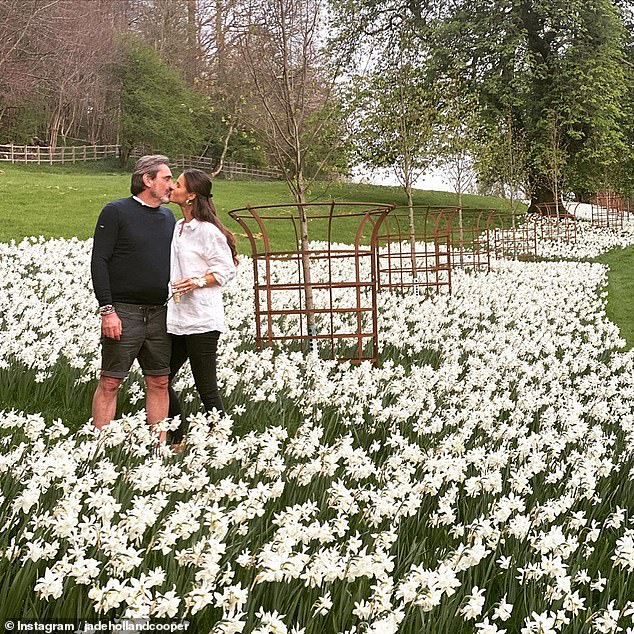 Tycoon Dunkerton, 55, sold just under £50million of shares in Superdry to fund a divorce settlement to his first wife, Charlotte Abbot, with whom he has a teenage daughter and stepdaughter.

Last year, he led a ‘putsch’ to oust the board of Superdry, in which he owns a £17.4million stake.

His baby can look forward to an opulent nursery: their home has a spa, gym and sauna, and boasts an infinity pool which is the biggest private pool in the country. 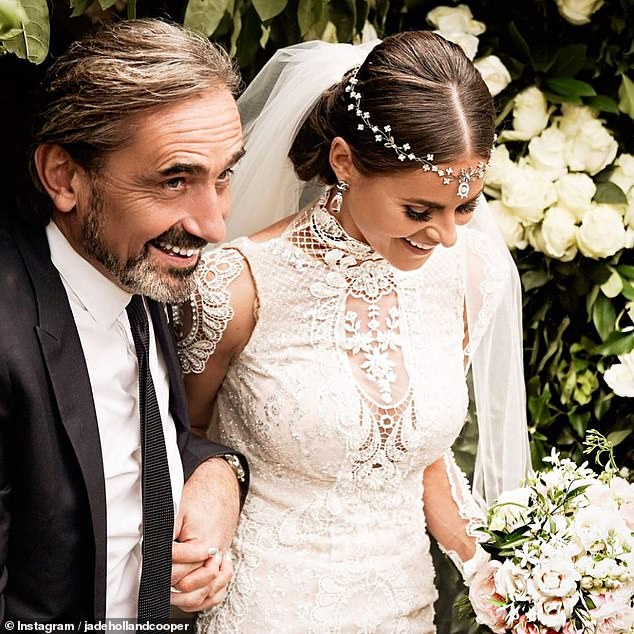 Tory Cabinet minister Brian Mawhinney, who served under Margaret Thatcher and John Major, left more than £840,000 in his will. Probate documents reveal that former Conservative Party chairman Lord Mawhinney, who died last November aged 79, left his entire estate to his widow, Betty. The peer was also chairman of the Football League, where he toughened up the beautiful game’s financial regulations by introducing the first ‘fit and proper person’ test for club ownership.

How Jodie the clown nearly blew her (big) top

Killing Eve star Jodie Comer has admitted that fans saw her in a real rage on screen during this series. Her character, the assassin Villanelle, screamed, shouted and yelled during a pivotal scene in the hit BBC drama’s killer clown episode, but the award-winning actresss admits that it wasn’t a performance — rather an outburst of genuine anger. 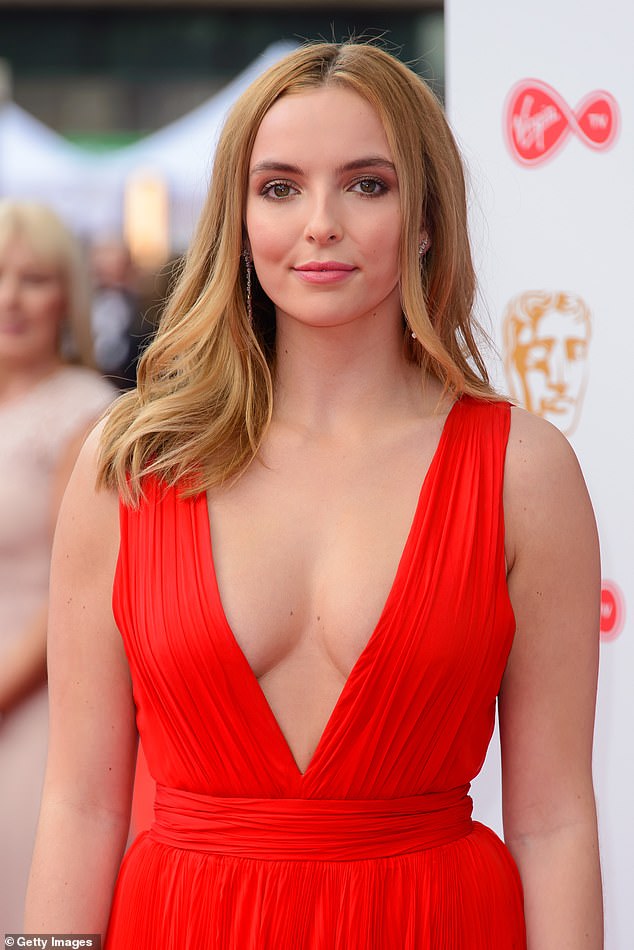 ‘I was not a fan of the clown suit,’ the 27-year-old Liverpudlian confesses. ‘That scream was from me. We were filming in Barcelona and I was so hot. ‘I was like, ‘Oh, my God, I did not want to be there.’ I was deep breathing that day, for sure. ‘I was like, ‘Don’t throw a tantrum — you have to get through this.’ ‘Can you imagine throwing a tantrum in a clown suit and anyone trying to take you remotely seriously?’

Topshop heiress Chloe Green loves attention — but she’s determined to keep her son, Jayden, out of the spotlight. ‘I’ve chosen not to put him in the public eye,’ says the daughter of controversial retail billionaire Sir Philip Green. Jayden’s father is the ‘hot felon’ Jeremy Meeks, a model who served time for theft and firearms offences. Chloe adds: ‘I couldn’t be more proud to be a mother — I just don’t need to use him to promote something.’ 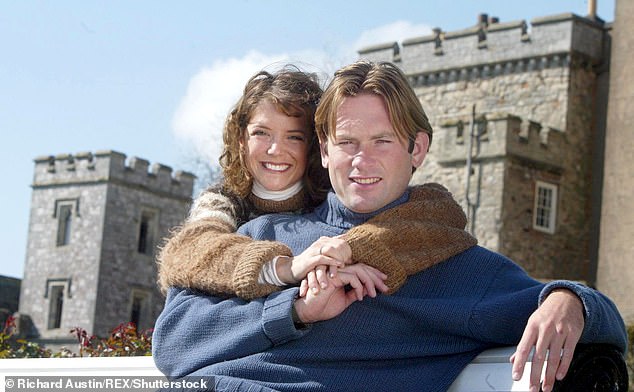 A.J. Langer and the Earl of Devon at Powderham Castle in Devon. The Countess of Devon previously worked as an actress

Baywatch must have slipped Earl’s mind…

The Earl of Devon has decided that lockdown at the family’s 14th century Powderham Castle estate near Exeter is just the time to introduce his children to their mother’s previous life. Known as A.J. Langer when she was a successful actress, the American-born Countess of Devon, 46, starred in hit television dramas including Bay – watch and My So-Called Life. ‘She had an amazing career,’ the Earl says. ‘Our kids are now 13 and ten and we sat down in lockdown and watched A.J. as Rayanne in My So-Called Life. ‘It’s a brilliant show about teenage coming of age, so it was great fun to watch that with the kids at the time when they’re going through the same experiences.’ Perhaps it wasn’t quite the moment to recall mum’s TV presence during her skimpy swimsuit days. 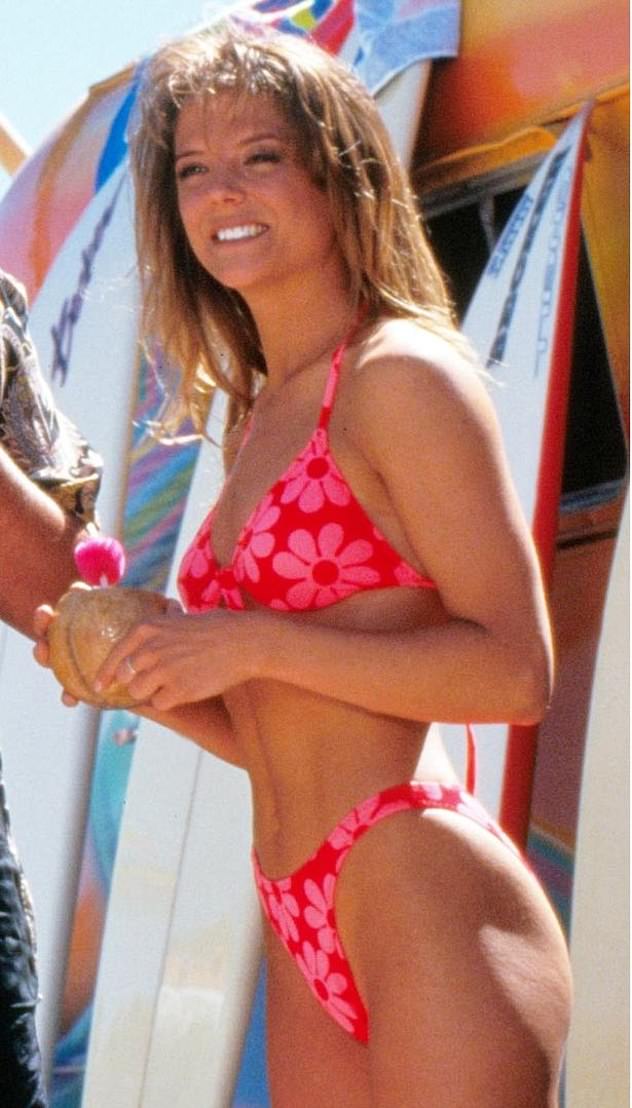 Will Michelle go on the road with Monroe?

With theatres closed, why not take theatre to the people? That’s what Michelle Collins hopes to do, and in the most unusual fashion: the actress plans to tour the nation’s car parks — dressed as Marilyn Monroe. The former EastEnders star was due to make her debut at the Edinburgh Festival playing the Hollywood icon in a fringe production called Motorhome Marilyn. But now that the 2020 festival has been cancelled, Collins wants to put the show on wheels. ‘It’s time to think up crazy ideas,’ Collins tells me. ‘Everyone’s talking about drive-in theatre. Maybe we can do the show in a car park and people could listen to it through their car radios?

Downton Abbey’s big-screen version took more than £120million at cinemas world – wide, and its stars are queuing up to appear in a sequel. Hugh Bonneville, who played the Earl of Grantham, has already said he would agree, and now Michelle Dockery [Lady Mary] declares: ‘The way Hugh talks about it, it’s almost like we’re all holding hands and jumping in at the same time. ‘And, yes, that would have to happen if we were to do another movie. [But] I would absolutely be in, of course.’ 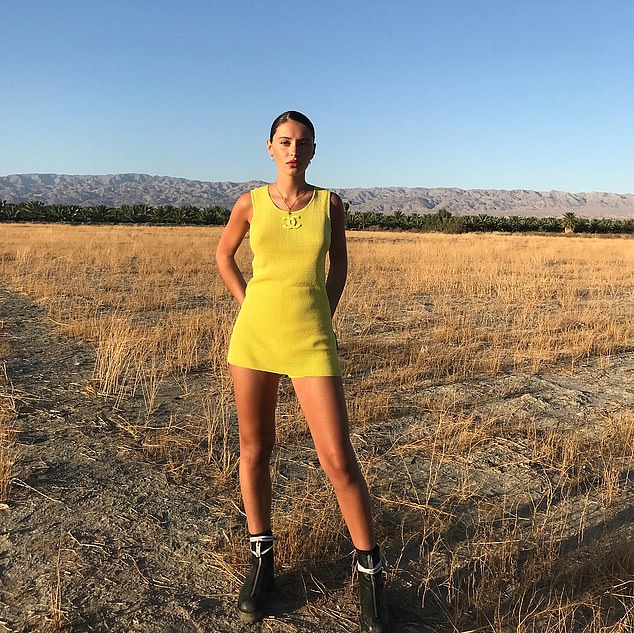 Burberry model Iris Law, daughter of actor Jude Law. Iris was spotted cooling down at the Hackney Riviera a stretch of the River Lea in London’s East End

Like her dad, hip Iris hits the cool spot

Jude Law made his name in The Talented Mr Ripley, which evoked the heyday of the Italian Riviera. But his daughter, Burberry model Iris Law, was spotted cooling down at the less exotic Hackney Riviera, a stretch of the River Lea in London’s East End. The secluded spot, off marshland behind industrial warehouses, has become a haunt for hipsters when the temperature soars. ‘It used to be a quiet place for locals to go for a paddle when it was hot, but it’s now so popular that people like Iris Law are coming here from Primrose Hill,’ one onlooker says. ‘She was just chilling out and was socially distancing, unlike a lot of people there.’