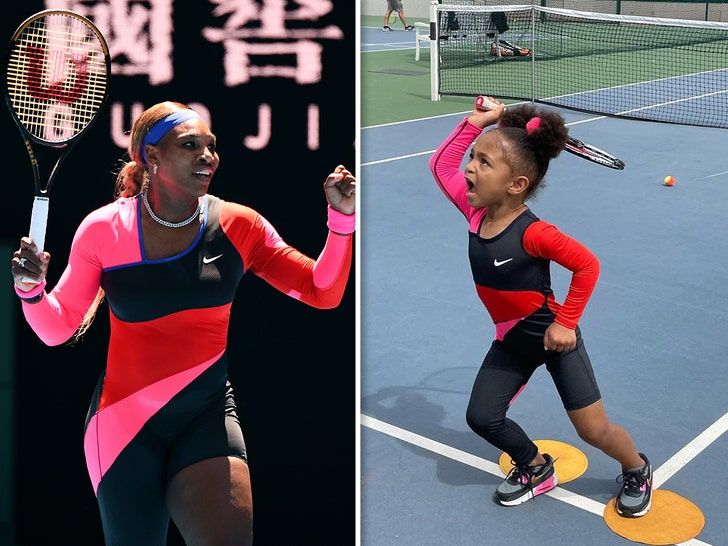 It looks like tennis genes weren’t the only things Serena Williams passed down to her daughter Alexis Olympia … the mini-Serena also clearly got her mom’s sense of style too!!!

Olympia — who was on the court Thursday for tennis practice — rocked the kid’s version of the 1-legged pink, red and black catsuit Serena wore at February’s Australian Open … and it’s freakin’ adorable!!

Serena’s hubby, Alexis Ohanian, posted the photos onto the tot’s social media account, and it got tons of love — ’cause look how stinkin’ cute it is!

But, Serena wasn’t exactly happy with it … in fact, she seemed downright jealous — explaining in the comment section that she wanted to be there in person to see the fit!

“Awwwww mannnnnn I asked you to save this post until I was next to her side by side in my same outfit,” the 39-year-old tennis G.O.A.T. said to her husband. 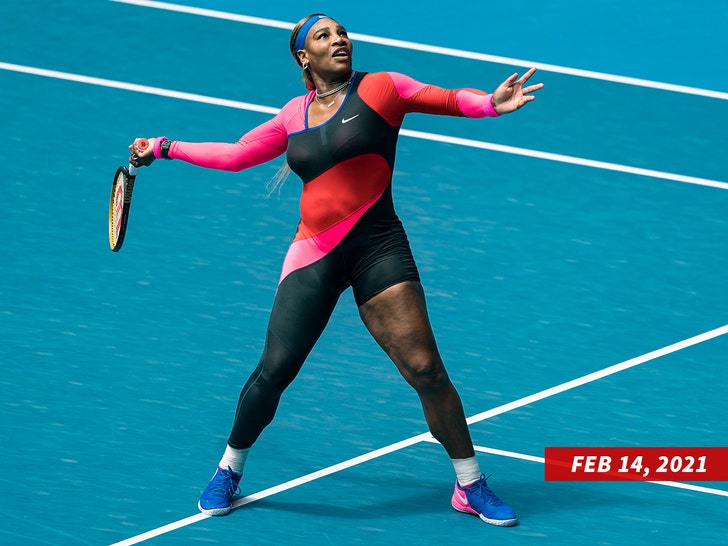 “Oophhh I guess I’ll have to pull the plug from your phone tonight. And you wake up wondering why you have no battery. LOL.”

Serena explained her choice to wear the outfit back in February in Australia, saying, “I was inspired by Flo-Jo, who was a wonderful track athlete, amazing athlete when I was growing up.”

Florence, or Flo-Jo as she became famously known, was one of the greatest sprinters of all time … winning 3 gold medals at the 1988 Seoul Olympics.

We’d say “no pressure” on Olympia here … but she’s Serena’s daughter — of course she ain’t feeling any of that!