Singer-songwriter Taylor Swift has been known to make the occasional call-out in her songs, whether specifically by name (see hits like “Dear John”) or in other pointed references (basically everything about Kanye West). This time around, actor Leonardo DiCaprio is the subject of a line in one of her songs, “The Man.” But when you watch the video, there are a couple of other nods to the Oscar-winner.

Taylor Swift’s ‘The Man’ features a line about Leonardo DiCaprio

When you’re pretttttty sure that if you were a man, you’d be the man ?

When Swift released her album Lover, the third track, titled “The Man,” was one that quickly received a lot of attention. She has taken to performing it many times, and now, it’s the fourth single, her first since the album’s debut in August 2019.

The song, which is about the double standards imposed on women from the media and society at large, includes the line: “And they would toast to me, oh/Let the players play/I’d be just like Leo/In Saint-Tropez.” This is referring to how the actor has been spotted many times over the years vacationing with myriad women in the celebrity hot spot.

Both attended the same event this year 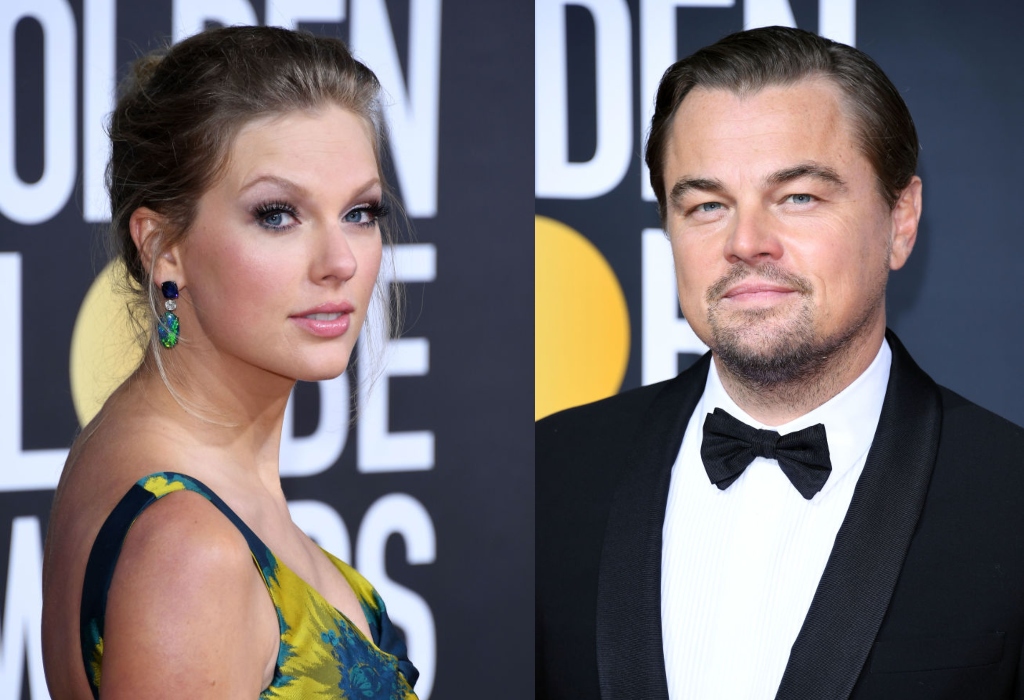 Do Swift and DiCaprio’s paths often cross? While he was rumored to have once dated her friend actor Blake Lively, they don’t exactly run in the same circles. However, both attended the Golden Globes this year as nominees: Swift for her Cats original song, “Beautiful Ghosts” and DiCaprio for his leading performance in Once Upon a Time in Hollywood. Neither won.

Oddly, both have a similar history with the Golden Globes involving Tina Fey and Amy Poehler. The comedians have made jokes about both Swift and DiCaprio’s dating histories — though DiCaprio was very much “in” on the one made about him. So it makes sense that Swift would allude to this very comparison in her song.

When “The Man” became the next single off of Lover, Swifties were eager to see what a music video might hold. And the artist didn’t disappoint. The video’s premiere on Feb. 27, 2020, which was preceded by a Q&A, was the talk of the internet. After all, it was Swift’s directorial debut.

There were a couple of moments in it that may have made you think of DiCaprio. The scene in which the male character (played by Swift) is on a yacht surrounded by many gorgeous women is obvious enough. But it also calls to mind a film of DiCaprio’s: The Wolf of Wall Street. And there’s a previous scene, which takes place in an office building, that also looks a lot like the movie.

I want to say a massive thank you to my main team in putting this whole thing together: Jil Hardin, our producer, worked tirelessly and truly made me feel like I could do this. Joe ‘Oz’ Osborne, our excellent AD, and I have worked together for years and he’s the coolest. Rodrigo Prieto, our DP/cinematographer, is absolutely brilliant and down to earth and hilarious. Ethan Tobman created all those sets. Like, that wasn’t a real yacht. That’s how good he is. ??

When you think about it, a lot of elements of the video are reminiscent of The Wolf of Wall Street. As it turns out, this probably isn’t an accident. In a social media post, Swift shared the names of those who she worked closely with on the video, including (second from right in the above photo) Rodrigo Prieto, who served as director of photography/cinematographer.

If you’re familiar with the craft, his name might sound familiar. That’s because Prieto was the cinematographer on — you guessed it — The Wolf of Wall Street. Leave it Swift to draw such a direct connection.