Skip to content
HomeCelebritiesWhat Did Naomi Campbell Sacrifice For Her Career?

There’s not much Naomi Campbell hasn’t done. The international supermodel has been on the cover of Vogue eight times, strutted on the runway for some of the biggest designers, and even starred in music videos for Bob Marley, per Daily Mail. But the British model has now revealed she sacrificed one major life choice as she walked her way to the top.

Campbell candidly chatted with The Cut for a new profile piece about her career trajectory and feeling comfortable in her own skin. “I don’t have a problem looking at myself in the mirror anymore and facing and owning who I am,” she said. “And for sure when I was younger, I wasn’t always using it in the right way. It takes growth.” Campbell, who recently turned 51, gained a reputation for being difficult to work with during the ’90s. Not only was she infamous for her no-shows on the catwalk, but Campbell has been accused of violent outbursts and even admitted to cocaine addiction.

According to Campbell, such “growth” comes down to being surrounded by “loved ones.” Perhaps hinting at her new bundle of joy, the fashion icon said, “I’m not out here on my own. It’s simple, and it’s small. To be with your loved ones who just want to enjoy the quality time. I want my friends to flourish. You want to protect those you love.” While Campbell is appreciative of her work and friends, she feels as if she missed out one of life’s greatest pleasures — love. 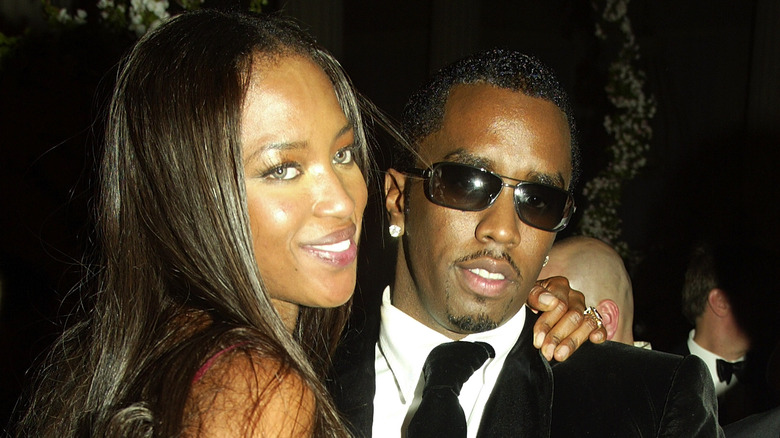 Naomi Campbell may live a life of private jets and designer bags, but it all came at a cost. Campbell told The Cut she never quite got her work/life balance right for a partner. “I’d say the sacrifice is really finding that soul mate who will understand you. It’s really like you feel if they look at you as if you’re strong … you know, I’m strong, but I’m also sensitive. I know that in relationships I have to compromise.”

While Campbell has previously dated a number of high-profile men, her longest relationships lasted just four years, per Daily Mail. The supermodel has been linked to Leonardo DiCaprio, Diddy, Gerard Butler, and apparently Liam Payne. Her most serious suitors, however, were with U2’s bassist Adam Clayton (whom she was briefly engaged to), and respective Italian and Russian businessmen Flavio Briatore and Vladislav Doronin, per Page Six.

Even though she couldn’t settle down romantically, Campbell said she has “no time for bitterness.” Instead, the 51-year-old told The Cut she wants to focus on her “present” journey … that’s perhaps being a new mom. Back on May 18, Campbell surprised the world with news of a “beautiful little blessing” — a baby girl. While it’s unclear who the father is, it’s believed she used a surrogate (per Daily Mail). The London-born model has long spoken of her dreams to be a mom, one life experience she clearly didn’t want to miss out on.