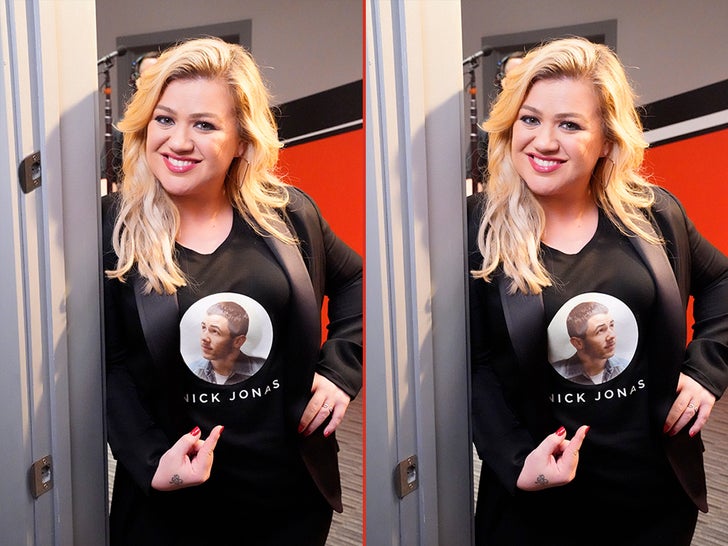 Don’t let these two almost identical images of Kelly Clarkson have you breaking away! Keep your cool and really focus on these two photos … They may look the same but there have been a few sneaky switches made to the tricky pic!

The singer has been busy hosting her talk show “The Kelly Clarkson Show” while still being a judge on “The Voice“. Clarkson was recently spotted onset of season 18 of “The Voice” and we have made some changes to the fangirling photo! Look real closely to see if you can find the differences between these two super-similar snaps!

**HINT — There are THREE differences between the photographs above!**