Not here for judgment. 90 Day Fiancé star Kim Menzies is aware that some viewers questioned her motives for giving Usman “SojaBoy” Umar a PlayStation 5 and a laptop at their first face-to-face meeting, but she’s not letting the criticism get to her.

’90 Day Fiance’ Original Couples Status Check: Who Is Still Together? 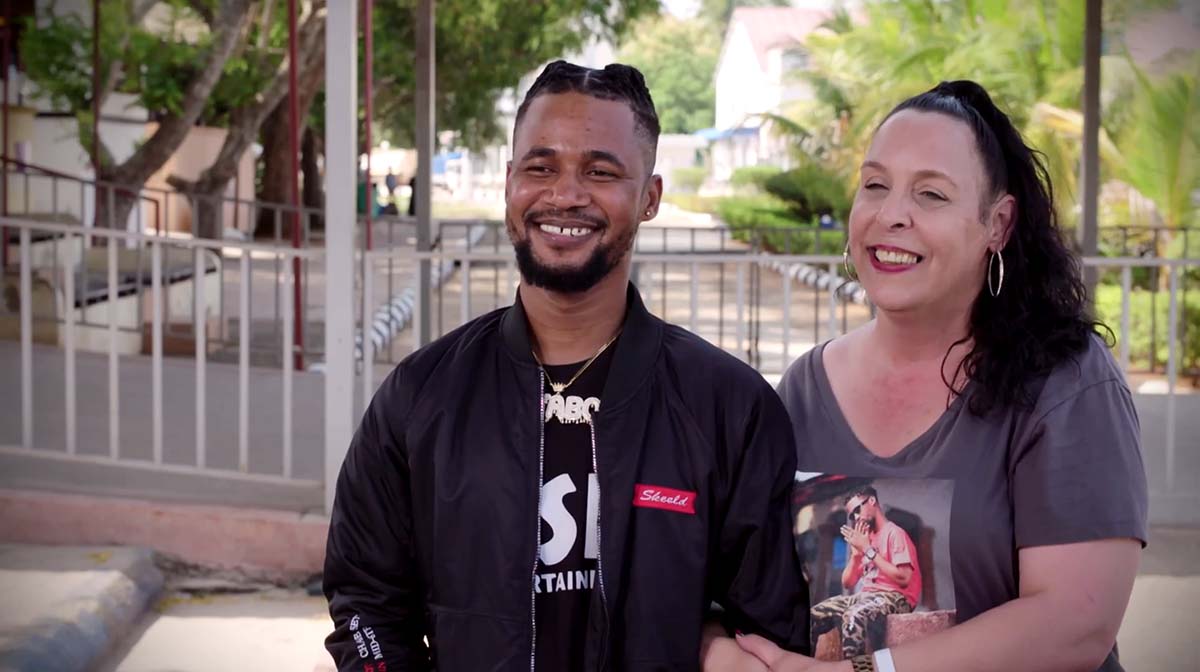 After Kim gave her beau, 32, a brand-new MacBook Pro and PS5 gaming system upon meeting him for the first time, some critics wondered whether she was trying to “buy” his love. It didn’t help that the episode’s editing made it seem like the DJ grabbed his new electronics and left Kim behind in her hotel room so he could game all night.

“It wasn’t like that, you know?” Kim told Us. “So, some things have been misconstrued, but in a good way.”

Despite the unexpected backlash, the reality star added that she has zero regrets about presenting Usman with the expensive — and in the case of the PS5, hard to obtain — gifts. “I would do it all over again,” she told Us.

Kim met Usman online after she became a fan of his music. As documented earlier in the season, the pair decided to meet up in Tanzania, where the musician was doing a video shoot.

“It is way better than what I was expecting,” Usman said in one confessional interview, recalling the duo’s face-to-face introduction. “She look[s] good.”

The Nigeria native previously appeared on season 4 of Before the 90 Days, which aired in 2020. The series documented his relationship with ex-wife Lisa Hamme, who accused him of using her to further his music career by gaining fame on reality TV. The former spouses called it quits in late 2020 after months of estrangement.

Usman denied his ex-wife’s claims about him, but some fans have still wondered if he has ulterior motives for pursuing another relationship on television. Kim, however, isn’t concerned.

“Usman does the show for love,” she told Us. “I don’t think he did it for any other reason but to get our story out there.”

90 Day Fiancé: Before the 90 Days airs on TLC Sundays at 8 p.m. ET. It is also available to stream via the Discovery+ app.

With reporting by Christina Garibaldi