In her debut novel Cherry Beach, Laura McPhee-Browne offers us a thoughtful examination of female friendship and the complexities and turbulence that can trail along with it.
It’s the story of Hetty and Ness, two best friends who leave Melbourne to live in Toronto. Ness is shy, unsure of herself, used to being a wallflower. She feels it all deeply but isn’t good at articulating her emotions. She assumes she must be boring and is the kind of girl who stares at her reflection in shop windows to see how terrible she must look. 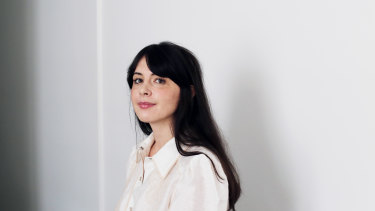 Laura McPhee-Browne’s novel is a rumination on what it feels like to grow up. Credit:Leah Jing

Hetty, meanwhile, is tall and beautiful and enchanting. She’s a powerful presence even when she struggles with her own darkness. Ness has always been hopelessly in love with and devoted to her best friend.

In Canada they move into a sprawling share house with five other housemates and a cat named Whitney. Here, for the first time, Ness can concentrate on ‘‘the best things about being young and alive’’. She starts to come into her own, while Hetty drifts into the city’s nightlife and, eventually, to drug-taking.

The story is told from Ness’s point of view as she looks back upon their friendship. These two main characters are so fully imagined it feels, at least a bit, as if it has been written from life.

The other characters in the book feel like secondary figures who move in and out of a dream. And in fact, the whole book has a dream-like feel to it. It’s saturated in details of colour and feeling and tiptoes between time and place: evoking pastel shades and blurred edges in a chilly Toronto that contrasts with the brighter, clashing colours of Melbourne and the Australian bush. 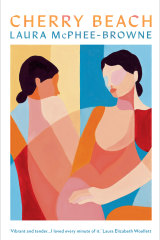 You get a strong sense of the girls’ earlier years in Melbourne, growing up in suburban Ringwood; swimming in the Yarra; smoking one last cigarette behind the portable classrooms. It’s here that the machinations of their relationship are put into place: Hetty is bewitching even as a girl and Ness isn’t jealous because she too is captivated. Then, as they grow up, she observes from afar the unsettling attention Hetty gets from men.

McPhee-Browne tends to be light on dialogue and concentrates instead on scrutinising the way the protagonist feels and her perception of the feelings and actions of others. This limitation of focus is a matter of personal taste, of course, but it results in a story whose dramatic elements are rather quiet and subdued. By the same token, there are occasional parts of McPhee-Browne’s novel where she goes in the opposite direction with her descriptive prose and it feels a little overdone. It should be added that some of the writing is really lovely.

There’s a beautiful scene in which Ness goes to the Art Gallery of Ontario – the first time she’s ventured to do something like this alone – and gazes upon the photographs of Nan Goldin and the paintings of Emily Carr and considers what she loves about them. This is also where she meets the girl she’ll fall in love with. It’s the start of her disentanglement from her own shyness and incertitude, as well as from her dependence on the best friend she’s always adored.

Cherry Beach wades into the waters of sexuality and mental illness with a calm authority. Its depiction of a mind slowly unravelling feels peculiarly real and uncomfortable and sad. McPhee-Browne is skilful at portraying mental distress and its manifestation in everyday life, how in a kitchen, over peanut butter toast, the sufferer affects everyone around her.

If you’ve ever witnessed the mental decline of a loved one you’ll be able to attest to the power of McPhee-Browne’s articulation of it. She captures the feeling of watching a friend fall backwards so very slowly as you reach out your hand towards them knowing they can’t reach far enough to grasp it back: ‘‘It hurt to have her gone like that. Just felt like I needed to keep her out of the world until she was herself again.’’

Cherry Beach is a rumination on what it feels like to grow up, watching the disintegration of a relationship once held so dear. It might seem like a rather straightforward story, but there’s subtlety and cleverness in its simplicity. It leaves the reader with a lot to think about and it highlights with some power how literature can conduct a true investigation of what it means for women to be friends.