Skip to content
HomeLifestyleA flagon of cider and a baked hedgehog, please

A flagon of cider and a baked hedgehog, please: Life hasn’t changed much on Britain’s farms in 5,000 years — although a ploughman’s lunch is a little easier to stomach

WOODSTON: THE BIOGRAPHY OF AN ENGLISH FARM

This is not a sentence you expect to read in the history of an English farm but John Lewis-Stempel’s remarkable book is full of surprises. In his first chapter he travels back 300 million years ago, when Woodston, farmland now situated on the Herefordshire/Worcestershire/Shropshire border, was ‘a fetid, insect-infested everglade straddling the Equator’.

His dive into deep time might seem unnecessary, even a little affected, but he has a point to make. The giant ferns growing so long ago fossilised as carboniferous rocks, the coal that was one day to be mined only ten minutes’ walk from Woodston and was still lighting local fires in the 1940s. Connections can be drawn across the aeons. 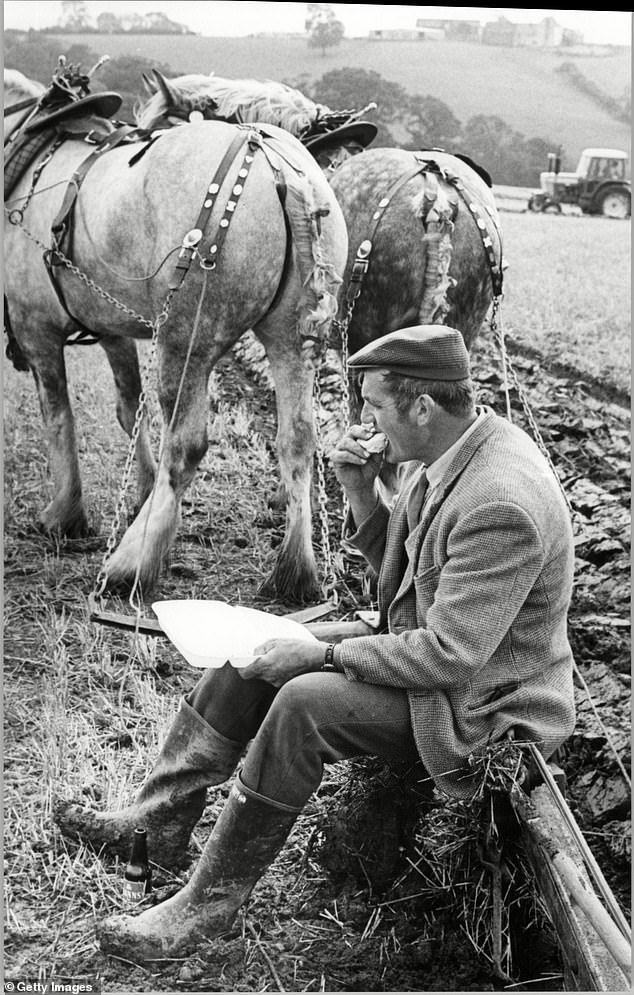 John Lewis-Stempel’s book on the history of an English farm is full of surprises. The book is wealth of historical knowledge with tales from the author’s own family. Pictured: A farmer eating his lunch in the 1950s

By his second chapter, Lewis-Stempel has fast forwarded to the peoples of the Neolithic period, who arrived in about 3000 BC. These prehistoric folk — who ‘began the farming of England’ — used ploughs made from the antlers of deer. Lewis-Stempel tries out antler ploughs himself. It proves back-breaking.

(He is nothing if not a hands-on historian. Later, he samples a medieval peasant diet, breakfasting on bread dipped in sheep’s milk, tucking into a ‘pottage’ of meat for dinner, and drinking large quantities of ale.)

The Romans, when they came to Woodston, introduced the apple and cider became the local brew. In the 19th-century, a Worcestershire labourer’s wages included two quarts (2.25 litres) of cider a day. The habit has continued over the centuries: ‘I have worked on and lived on six Herefordshire/Worcestershire farms,’ Lewis-Stempel notes, ‘and every single one of them has had, deep in the black base of their hedges, discarded cider bottles.’

With the Anglo-Saxons, Woodston enters history more firmly. The name means ‘farmstead at the wood’. One of its fields is still called ‘Ox Leasow’ which is Saxon for ‘grass keep’.

A few hundred years later and the owners of the farm are first named. In 1135, John Paschal of ‘Wodesintun’ grants land to a priory in Worcester, in an act of ‘pious charity’.

A century later another owner, Alured of Penhull, is obliged to surrender some of his property to the priory because he’s fallen into debt and is languishing in prison ‘in danger of forfeiting his life’.

He must have recovered because his descendants, the Penells, farmed there for the next 400 years. By Tudor times they had become gentry and only lost their lands when they backed the wrong side in the English Civil War.

This continuity is apparent throughout English rural life. Parish boundaries date back before the Norman Conquest. As Lewis-Stempel points out, ‘In 99 cases out of 100, the English village today stands where it stood when the Saxons lost the Battle of Hastings in 1066.’

Change, when it does come, tends to be slow but inexorable. The ox disappears as a beast of burden, to be replaced by the horse, which is itself eventually replaced by machinery. In 1914, there were 25 million horses in the UK; by 1940, five million were left and only 600,000 of those were on farms.

For centuries, sheep ‘were the making of Woodston’s wealth’. By the Victorian era, its owners had diversified and it had become one of the main hop farms in the country. Each year hundreds of escapees from the industrial towns of the Black Country arrived for a few weeks to do the picking. 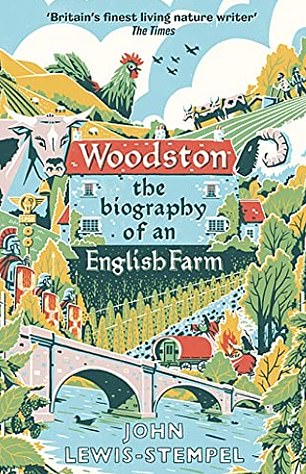 WOODSTON: THE BIOGRAPHY OF AN ENGLISH FARM by John Lewis-Stempel (Doubleday £20, 352pp)

This was still the case when Lewis-Stempel’s grandfather arrived at Woodston to work for a farmer named Pudge.

The author’s mother had stories, some hair-raising, to tell him of the hop-picking when she was a girl in the 1940s. Gipsies, who still arrived in horse-drawn, painted caravans, danced around fires after the day’s work. A vendetta was settled by a knife-fight; she used to sit with a gipsy boy to eat baked hedgehog.

The work was long and hard, with two shifts: one from 6am to mid-afternoon, the other from then until one in the morning. This way of life lasted for generations but has now disappeared.

One of the many incidental pleasures of reading John Lewis-Stempel’s books is his eye for offbeat facts. Who knew that before the widespread use of cats, weasels were kept as mousers?

Or that bounties were paid on hedgehog heads between 1650 and 1750 because the creatures were erroneously believed to suck milk from the teats of recumbent cows?

However his greatest gift remains his prose, with all its vividness and energy. His aim in Woodston was to ‘fashion a memorial in print’ to his grandparents and ‘all the yeomen farmers of England, past, present and future’.

The English countryside is ‘a work of human art, done by the many and the nameless’ and he wanted to celebrate it. He has succeeded admirably.