The Eleventh is a cracking podcast from ABC Audio Studios that looks into the downfall of the Whitlam government. Journalist Alex Mann hopes the seven-part series will appeal just as much to those with little knowledge of the events leading up to the 1975 dismissal of the Labor government as it will to political wonks, by delving into the drama and its larger than life characters.

“When you start actually digging into the plots, the players, the scandals, all of the back story, everything that actually led up to that moment, there's this irresistible story waiting,” says Mann. “It's borderline Shakespearean tragedy, and yet it really happened and it's just Australian politics.” 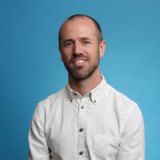 The ABC released the first three episodes at once, to help listeners “build some momentum and get to know the context of the events”, a clever strategy that had me hooked. The Eleventh tells its story by weaving through incredible archive material (Mann is quick to acknowledge the hard work of ABC archivists) and first-person interviews.

The choice of interview subjects is genius. Each tells their story with the kind of passion and immediacy that brings the events of 1975 to life, and each story is at once a personal tale and a reflection of the political and social movement of the time.

Mann says: “The thing that shocked me as we started to do this podcast is that when you go back to those people who are in their 80s … their recall is just spot on. Their emotions are still so raw. And the retelling of the stories is filled with all of the colour and all of the liveliness that you would expect if they experienced it in the last couple of years.

"The people that were there, that lived through it, were so marked by it that 45 years later they still tell it with all the energy of the period. It's really quite remarkable.

“And building a story with all of the tension, all of the emotion that they share those stories with is just like such a treat, particularly for a story like The Dismissal, which is just so outrageous, so scandalous, and so filled with all of the kind of dramatic elements that any fiction story would beg for. But this really happened.” 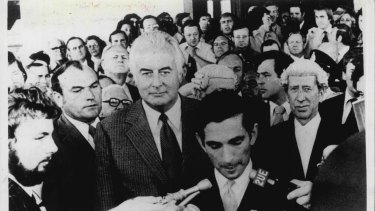 Mann’s team explores Whitlam's sacking from all angles. Whitlam’s obsession with big picture politics brought tremendous benefits to Australia, but he often missed the importance of governing day to day. And that meant the Whitlam government was lurching from one scandal to another, long before supply was blocked in the senate. There are many conspiracy theories surrounding the events, and Mann explores them, but he believes the story is simpler than that.

“This was an Australian failure. It's something that we got wrong. And in chasing down all these conspiracy theories, maybe we're actually avoiding looking at the things that are inherently on us, that are our fault. In that old adage, in the gap between a conspiracy and a f–k-up, it's usually just the f–k-up.”