Skip to content
HomeLifestyleA 'ring of fire' solar eclipse will be visible in the sky on Thursday. Here's how to spot the rare event.

A solar eclipse will be visible in the sky at 6:53 a.m. ET on Thursday, as the moon passes between the Earth and the sun.

During a total solar eclipse, the moon blocks the sun entirely. But Thursday’s spectacle is an annular solar eclipse, which occurs when the moon is too far from Earth — and therefore too small in the sky — to fully cover the sun. That leaves room for a brilliant halo of light, often referred to as a “ring of fire” or annulus, surrounding the moon.

The phenomenon won’t be visible everywhere: Parts of Canada, Greenland, and Russia will have the best views. People in the northeastern US, northern Europe, and northern Asia will be able to see a partial solar eclipse, which will look as if someone has taken a bite out of the sun. 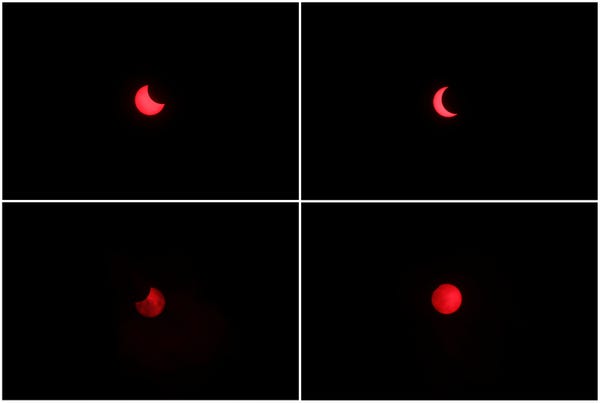 The glowing “ring of fire” in an annular eclipse is only visible for a short time: anywhere from a fraction of a second to over 12 minutes. Last year’s annular solar eclipse lasted just under 90 seconds.

Depending on your vantage point, you may still be able to see a band of light form along the moon’s edge, then disappear over the span of roughly three hours.

Total solar eclipses usually happen every five to six months, but annular solar eclipses only occur every year or two. That’s because they require a precise set of conditions: To start, the sun, moon, and Earth must all be aligned. The moon must also be close to its apogee, or farthest point from Earth — around 252,700 miles away.

You’ll need special glasses to stare directly at the eclipse 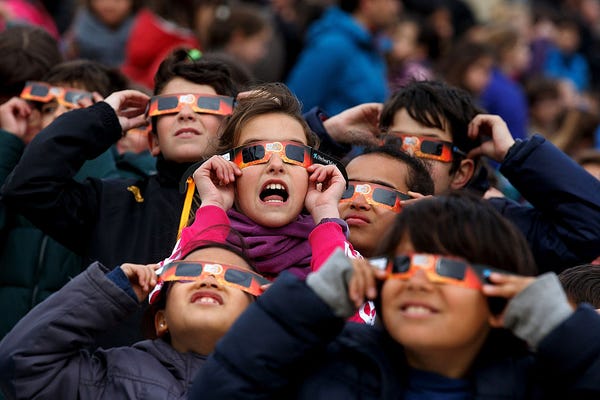 This may ultimately distort your vision, resulting in blind spots or trouble making out shapes. Your eyes can also become watery and sore. Sometimes, these side effects won’t show up for a few hours or even a few days.

So if you want to view Thursday’s solar eclipse in person, NASA recommends wearing a pair of “eclipse glasses” with special solar filters. (The American Astronomical Society has a list of reputable manufacturers.) You can also purchase a pair of welder’s goggles in shade 12 or higher.

Sunglasses aren’t a proper substitute — they transmit thousands of times too much sunlight, according to NASA.

The eclipse will also be livestreamed on Thursday for those looking to watch from home.

After this, the next annular solar eclipse won’t happen until October 14, 2023. In the meantime, the world can look forward to December’s total solar eclipse, plus two partial solar eclipses in 2022.