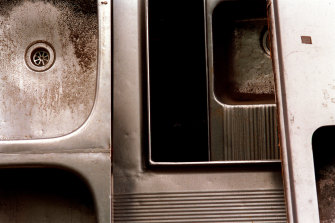 “In the short term, it doesn’t mean anything because we will robustly defend the measures that we’ve put in place,” he said.

“It will only ultimately lead to changes needing to be made, depending on the outcome of the case.”

The minister said the usual way to resolve problems was to initially raise matters through WTO committees but China had taken this action directly to the consultation and formal dispute level.

The WTO dispute process typically takes from two to four years and consultations will take place between Chinese and Australian trade officials. However, Mr Tehan offered to engage with his ministerial counterpart if Beijing was willing. 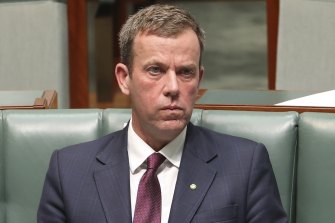 Trade Minister Dan Tehan offered to engage with his ministerial counterpart if Beijing was willing.Credit:Alex Ellinghausen

He wasn’t optimistic, saying he was yet to receive any reply to a letter he sent after he was appointed to the trade portfolio “setting out all the reasons that we could work together … our ability to work through disputes and at times, the need for us to agree to disagree”.

China’s Ministry of Commerce issued a statement on Thursday saying the country had “filed a lawsuit against Australia’s anti-dumping and countervailing measures against imports of railway wheels, wind towers, and stainless steel sink products from China under the WTO dispute settlement mechanism”.

Australia imposed a tariff on wind towers from China and South Korea in 2014, although it no longer applies to Korean products, on Chinese stainless steel sinks in 2015, and on railway wheels from China and France in 2019.

Mr Tehan said the government believed the measures were justified.

“The independent anti-dumping commission puts in place these measures after a rigorous analysis,” he said.

“And we are always, always … putting in place due diligence to make sure any measures that we put in place are WTO consistent.”

It is the latest in a series of trade strikes each country has taken, although the minister wouldn’t characterise it as a tit for tat action.

Australia launched its own WTO action against Chinese tariffs on wines on June 19, and already has a dispute in place over barley.

Mr Tehan said he was not ruling out Australia taking any further action over other trade strikes.