Regrets, she’s had a few! Alexis Bellino shared her biggest Housewives secrets — including the one moment she wishes never aired on The Real Housewives of Orange County — in an exclusive interview with Us Weekly.

Former ‘RHOC’ Stars: Where Are They Now?

“The [time at Tamra Judge’s gym] where I admitted that I had popped a Xanax the night before. I took a quarter [because] I was having anxiety attacks in the middle of the night and the doctor told me, ‘You need to just try to get one night’s sleep and just see if it’ll calm [you] down,’” the former reality star, 44, explained of the infamous scene. “And then I didn’t like the way it made me feel. So I didn’t take it again, but you know, that doesn’t need to be aired that I popped that.” 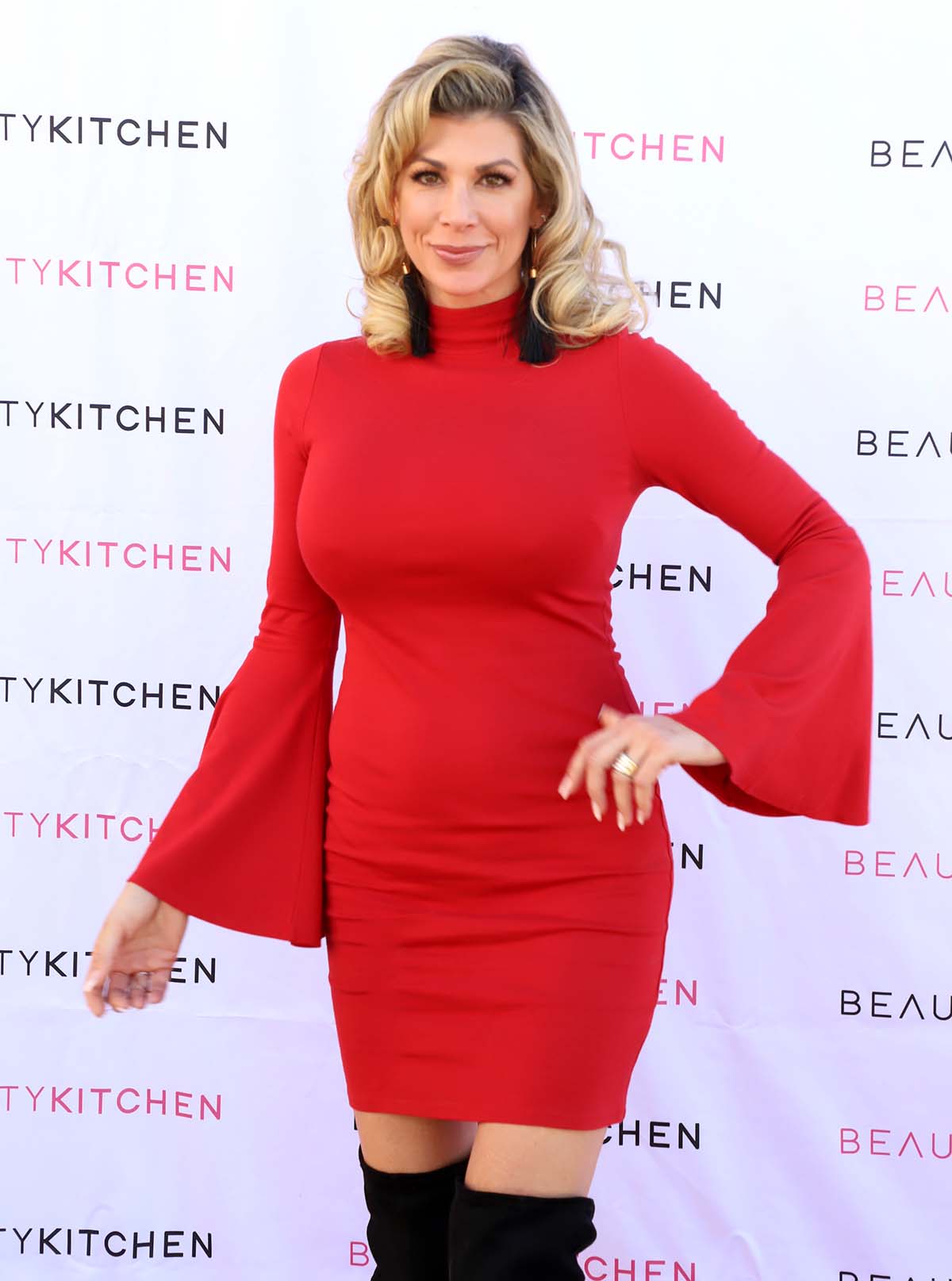 Alexis remembers the season 8 scene as one of the most intense of her Housewives career — mostly because it involved the CUT Fitness owner, 53, who she says caused the most drama on the show.

“We were doing that dinner in [Tamra’s] gym and producers had begged me to go. I said, ‘I’m not going, I’m not going because she’s going. She’s going to throw me out or light me up. And I’m not in the position [where] I want to be in a fight.’ And they said, ‘Well, what if we promise you that she can’t throw you out?’ And I said, ‘OK,’” she recalled. “And, sure enough, she throws me out. And the way she got in my face, I literally thought it was going to be the first fistfight of my life.”

Every ‘Real Housewives’ Couple Who Filed for Divorce

The dress designer continued, “If she hit me, the bitch was going down. I was not going to sit back and just take it. I’m like, ‘If she strikes first, she’s getting an assault charge, not me.’” 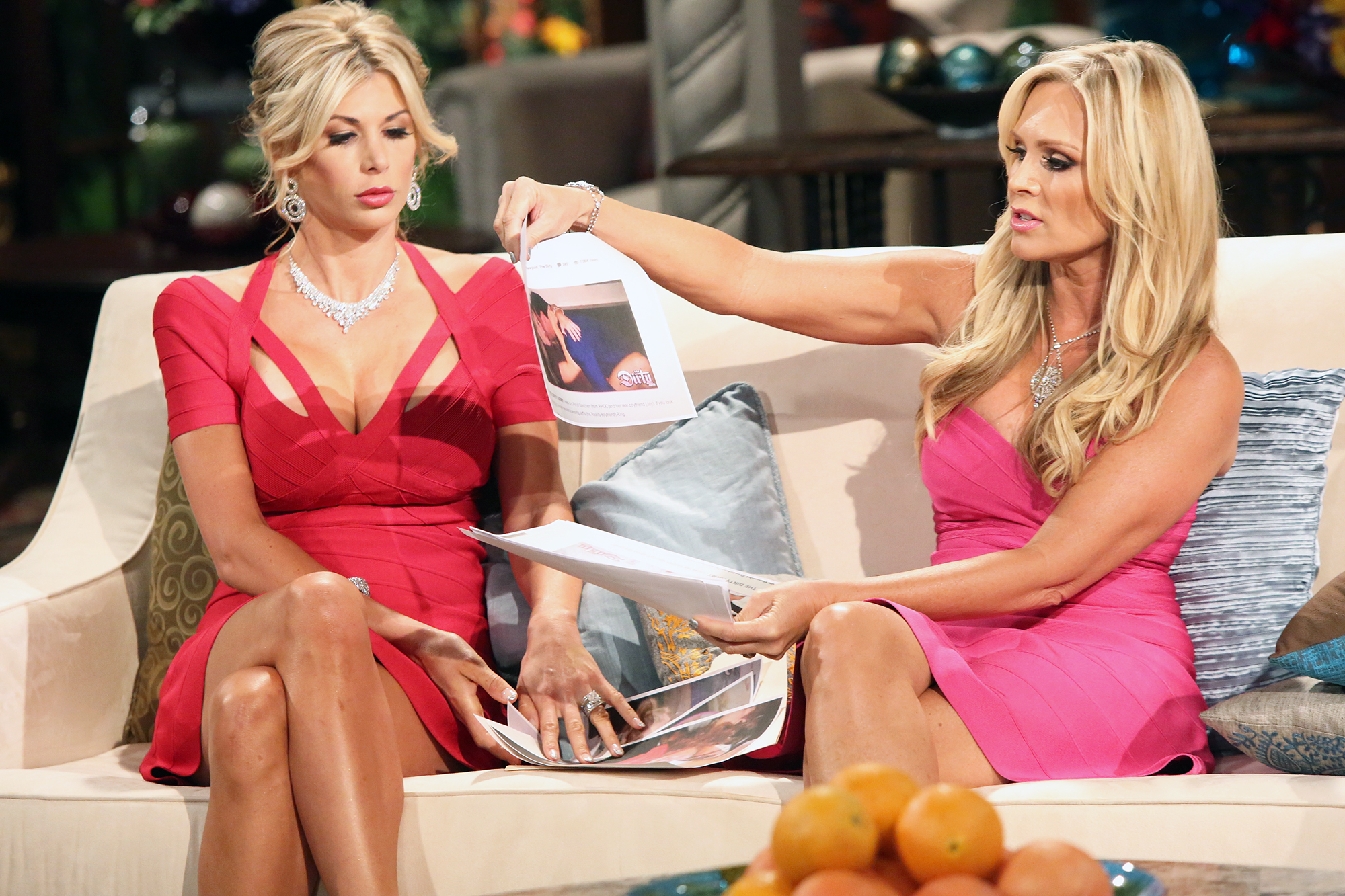 Alexis remembered wondering how a grown woman could “come in [her] face” the way Tamra did.

“I don’t handle situations that way or talk to people that way. So that was the one that really was the icing on the cake,” she told Us.

The Missouri native starred on RHOC from season 5 to season 8. Five years after her 2013 exit, she once again made headlines when she divorced Jim Bellino, noting earlier this month that the show didn’t play a role in their relationship’s demise.

“We were married 14 years and then [in] therapy the whole 14 years. So that tells you something,” the former Bravolebrity told Us. “I don’t think that Jim and I would have made it, even if Housewives hadn’t have come about. It would have been me wanting to open my coffee shop that I’ve had a dream for, or like, you know, there’s just other things that I would have probably wanted to do that. It would’ve caused a little bit of a ruckus.”

In December 2020, Alexis got engaged to Andy Bohn, who she calls her “best friend.”

“I haven’t been to one therapy session with [my fiancé],” she shared earlier this month. “We haven’t had but two fights. We just were just meant to be together.”